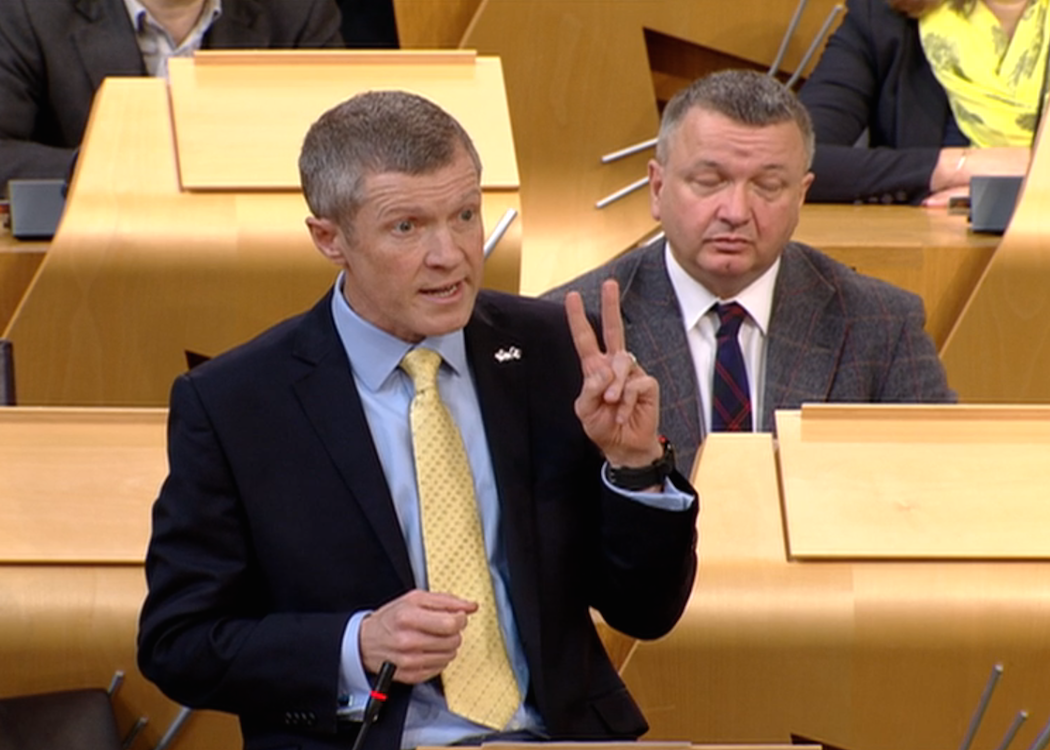 THE LACK OF EVIDENCE behind plans to bring back standardised testing for primary schools has been described as a “shambles” at First Minister’s Questions after CommonSpace revealed just four written submissions were received before the policy announcement.

Liberal Democrat leader Willie Rennie MSP called on Nicola Sturgeon during FMQs to support teaching unions, education experts and parents’ groups who have criticised standardised testing plans as a threat to the quality of teaching.

Raising the recent CommonSpace exclusive relating to a lack of evidence behind the proposal, Rennie asked: “Information requests gathered by CommonSpace have shown that the Scottish Government only had four emails with advice on national testing from only two people and they each had reservations.

“That’s why I think it’s quite right to say that this is a shambles. Poorly informed, badly led, set to divert money from teaching, bringing back crude league tables. There’s growing opposition from parents, teachers and unions. She says she [Sturgeon] is consulting, but are there any circumstances in which the first minister would abandon these plans?”

Information revealed by CommonSpace found that only four emails of written advice had been received on standardised testing in primary schools ahead of the announcement of the policy by the Scottish Government.

The government claimed that the wider consultation on the education framework had included meetings with various organisations. However, the government Freedom of Information team later clarified that these meetings were “informal so no minutes were taken” and “were not specifically about standardised assessments”.

In response to Rennie’s question, Sturgeon conceded that steps were being taken to avoid the dangers of competitive league tables and reductions in teacher quality.

The first minister replied: “We are talking to teachers and others about the timing of the assessments to avoid the high-stakes teach to the test approach that many people including me are against. We are looking carefully at how we use the information so that we can avoid league tables that no one wants to see a return to.

“But I will not apologise for wanting to make sure that I am able to stand up in this chamber and tell other members and tell the country at large what is happening in our schools.”

The Educational Institute of Scotland (EIS) has issued a warning that standardised testing “crushes creativity both for learners and for teachers, does not take full account of pupil progress and causes unnecessary stress for the children and young people who are subjected to it”.

Rennie added that the plan to implement a national testing programme, which is currently operated in a diversity of manner at council authority level, has been estimated to cost PS12.5m.

His party has launched a petition opposing the plans.

The Scottish Greens also joined the coalition of groups opposing the plans this week, when education spokesperson Isla O’Reilly stated that it was “simplistic to imagine we can help those from poorer background do better by bringing in national testing”.

Further consultations on the National Improvement Framework, which includes the plan for standardised testing, are ongoing.