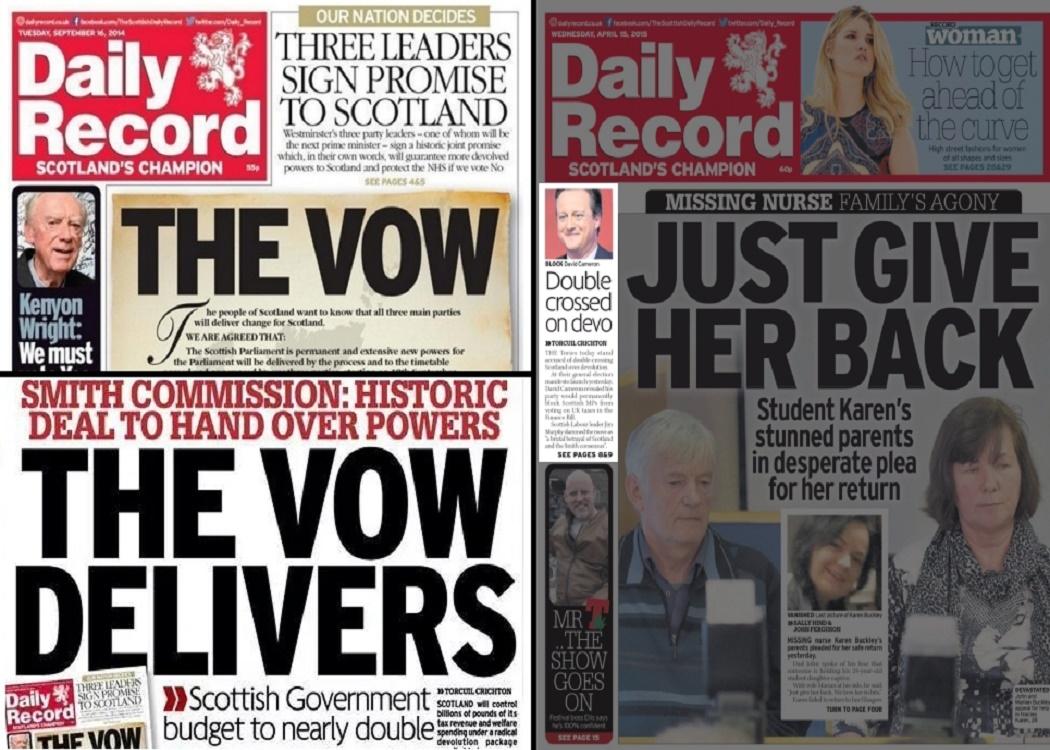 THE DAILY RECORD gets up high on its outrage horse this morning with a front-page story titled “Double-crossed on devo”, echoing Jim Murphy’s claim of yesterday that the Tories’ manifesto pledge on “English votes for English laws” is a “betrayal” of the “Vow” signed by the three UK party leaders before the independence referendum.

Unsurprisingly, the Record gives rather less prominence to the news that the Vow isn’t worth the fake parchment it wasn’t written on than it did to repeatedly hyping it up and then proclaiming that it had already been delivered.

But there’s a twist.

Picture courtesy of Wings Over Scotland