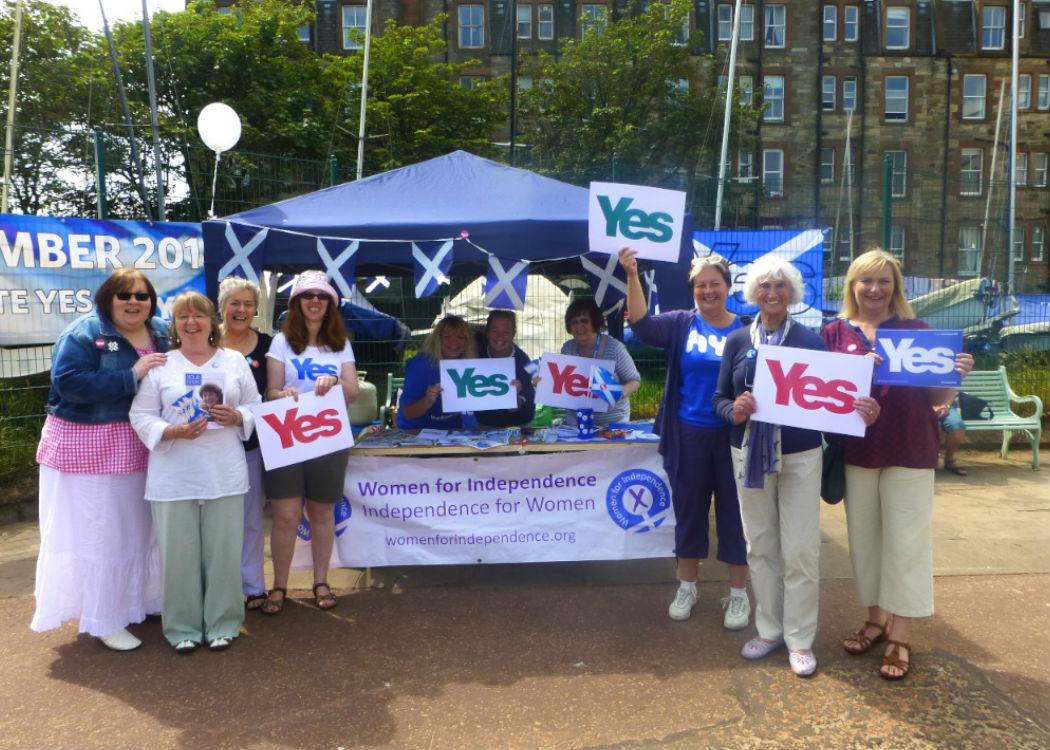 WOMEN campaigners in Edinburgh have been honoured in a new awards ceremony named after the late MSP Margo MacDonald.

Edinburgh Women for Independence (EWFI) hosted the inaugural ‘Margos’ ceremony, set up to recognise achievements by women in politics, on Saturday 18 April.

Organisers said that the event aimed to celebrate ‘unsung heroes’ in the movement and was a chance to reflect upon campaign achievements.

Edinburgh-based author Sara Sheridan, who is on the event’s organising committee, said: “We wanted to do this because as a group you spend a lot of time being active, and doing protests and staging events but rarely stop and actually celebrate what has been achieved.

“Politicians often get offered awards and thanked but nobody stops and thanks grassroots campaigners.

“We felt it was important to do that and pay tribute to people who do all the vital jobs behind the scenes that rarely get many thanks.”

Among the awards handed out was EWFI Campaigner of the Year to Maggie Mellon for her involvement in the successful WFI campaign against the proposed new women’s prison in Inverclyde.

Meanwhile, Gillian Coyle won the EWFI Edinburgh Star award for her work behind the scenes in the campaign and Zara Gladman won the ‘Poke in the Eye’ comedy award for her Lady Alba music performances.

EWFI is a local affiliated group of Women for Independence: an open network of women aiming to improve the representation of women in public and political life throughout Scotland.

Margo MacDonald passed away following a battle with Parkinson’s disease last year and Sheridan said that memories relating to Margo were spoken about throughout the event.

“So many people were talking about Margo,” she said. “Everyone who attended had a Margo memory. She was one of those people who touched, influenced and inspired thousands of people.”

Margo’s husband, Jim Sillars, said he had no hesitation in agreeing the new awards should be named in her honour: “It simply underlines what I have discovered since Margo’s death – that she was and remains an inspiration to lots of people – men as well as women.”

The group has said that it hopes to make the awards an annual event.

EWFI Campaigner of the Year: Maggie Mellon for the successful WFI campaign against the proposed prison