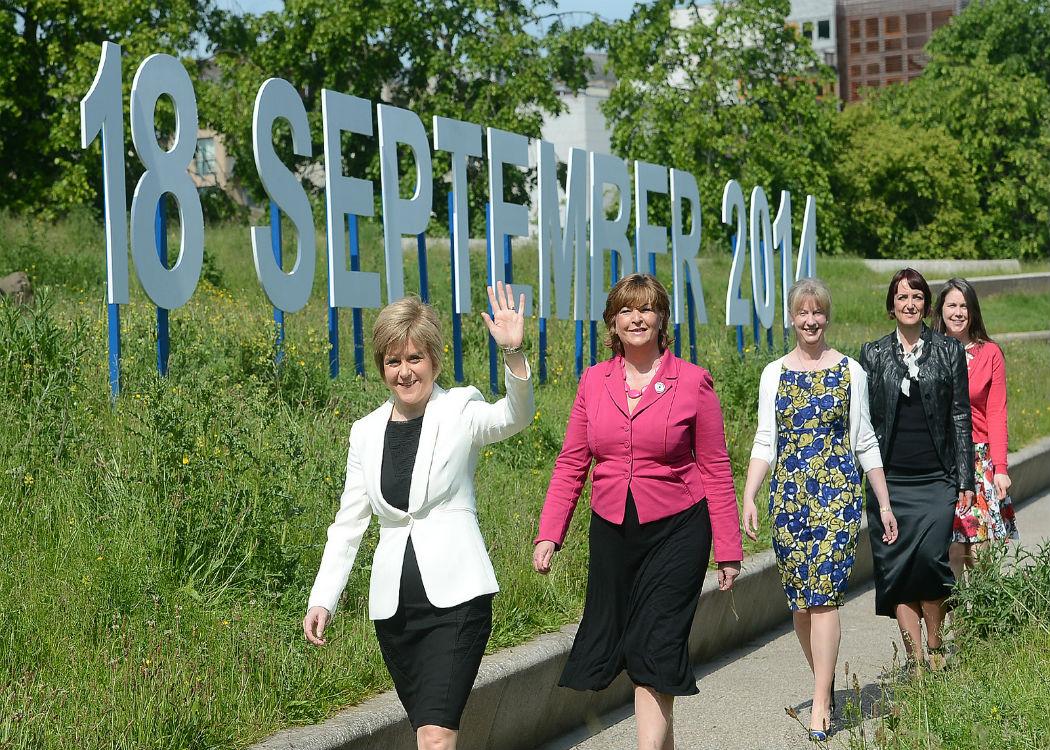 Sexist attitudes against women candidates already in evidence on both sides of the Yes/No divide, campaigners say

WOMEN for Independence (WfI) has launched a campaign against sexist attitudes in Scottish politics ahead of the 2015 General Election in May.

The pro-independence women’s campaigning group has issued a pledge to ask all party leaders, candidates and activists to sign up too, whether pro-independence or not, and the group says misogyny has already been present on both sides of the Yes/No divide.

“I know only too well how women can be judged in a way men never have to deal with,” ex SSP MSP and WfI co-founder Carolyn Leckie said. “When I was in parliament, it was bad enough but today sexist insults come raining down like darts on social media. People should be aware that wherever we see it, WFI will call out sexism and abuse – no matter what side it comes from.”

WfI stated abuse and sexist caricatures have been witnessed on social media towards SNP and Labour female candidates.

One comment directed towards a female SNP candidate said: “She’s what you might call a political prostitute whoring herself to whoever will have her.”

WfI added that a cartoon caricatured a Labour candidate in a similar vein.

The campaign pledge commits those involved in the General Election:

– To conduct a democratic, respectful campaign that concentrates on political issues

– That there will be no personal abuse directed at rivals

– That where there are panel discussions, all parties will insist on gender balance

– That where abusive or sexist behaviour occurs, parties will make clear that they do not tolerate it from their members, staff or representatives

Jeane Freeman, a former political advisor to ex-First Minister Jack McConnell and WfI co-founder, stated: “Women across Scotland have been put off politics for many reasons but high up on the list is the sexist abuse they and other women are subjected to. Politics isn’t about what you wear, how you look or who your partner is.

“If political parties really are serious about continuing winning women’s support, they should not only sign up to this pledge but act on it,” Freeman added.

First Minister Nicola Sturgeon committed her support to the WfI campaign: “I welcome and endorse this Women for Independence initiative and hope that all parties and candidates sign up to it.

“Political debate should be passionate and robust but it should never descend into personal abuse – and sexism and misogyny should never be tolerated.”

The First Minister added: “I want to see many more women get involved at all levels in politics and making sure that they have no reason to fear personal abuse is one way of helping that happen.”