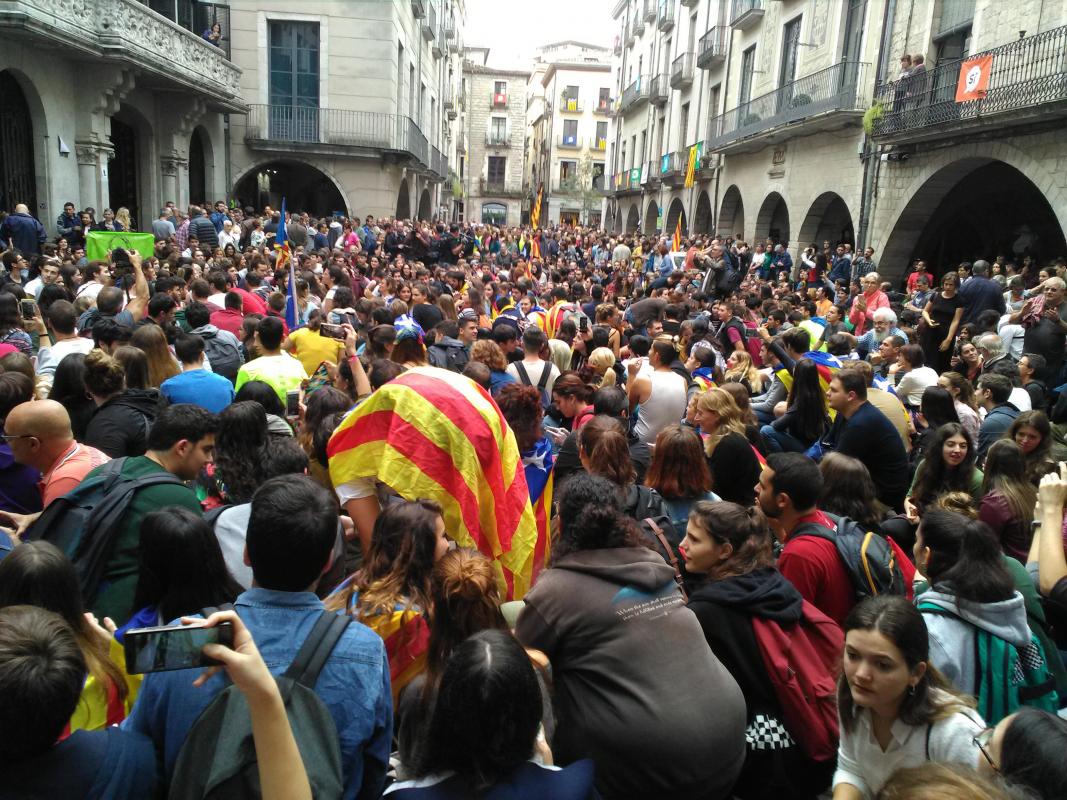 A DELEGATION of seven people, including Women for Independence (WFI) members are visiting Girona and Barcelona in Catalonia to show their support for the referendum, which was deemed illegitimate and illegal by the Spanish Government.

The referendum took place on Sunday 1 October, resulting in a 90 per cent vote for independence among the 2.3 million citizens who were able to vote. Attempts were made by the Spanish Government prior to and on the day of the vote to prevent people from casting their votes, leading to criticisms of the Spanish state for the disproportionate use of force by police.

Julie Bell, a WFI national committee member and SNP Councillor in Angus spoke to CommonSpace about the situation in Girona which she witnessed firsthand, highlighting the community spirit and hope which was evident in the area in spite of the tense circumstances.

Bell said the response to the delegation had been overwhelmingly positive, and that she saw clear parallels between the Catalans’ movement for independence and our own in Scotland.

Describing the vote for independence as the “logical thing to do”, Bell said: “Why wouldn’t you want to run your own country? We understand that, and the people [in Catalonia] really appreciate that we understand it. 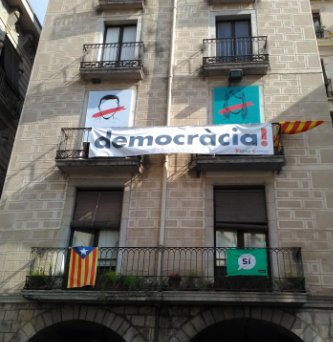 “What I’ve been incredibly touched by is that people are so moved that so many Scots have turned out to support them.”

Bell pointed out that one message which was clear from the Catalans she had met was that “they wanted the No vote out as well”, because of a genuine desire for a legitimate democratic referendum and result.

She also said that, while they had encountered stories of violence taking place elsewhere, the situation which the delegation had witnessed in Girona was by and large a peaceful one.

“The polling station we visited the night before the vote was very near to a police station, and we visited four or five polling stations during the day and saw absolutely no violence”, she said. “I think the situation in Barcelona was very different to where we were in Girona.”

“We met someone with a big bump on their head, which I posted a photo of on Twitter because they wanted people to see that, but most of the people who spoke to us didn’t want to focus on that – they wanted the world to know about the positives.”

This is Jordi who works in a Girona polling station and was attacked this morning by Guardia, massive bump on head #democracy? @joolsbell55 pic.twitter.com/lyp8PX12lv

Speaking of some of these positive elements which the delegation had encountered, Bell explained: “We were taken to a polling station before the referendum, where people were staying overnight before the vote to keep it open. There was a good atmosphere. There were families, older people, toddlers.”

Community singing at the polling station, half a block from police station. No police here #CataloniaReferendum

“The older generation who lived through Franco are held in such high esteem – they were encouraged to go in to vote first, and they were applauded and cheered by everyone.”

Anna, a Catalonia tour guide – our older women campaigners are #TheMothers‘ of the new Catalonian Republic. @WomenforIndy we are The Mithers

Bell was also impressed by how “incredibly well organised” the Catalans were.

“When polling stations were closed, there was a next level of satellite polling stations, and the firemen were out in force protecting people on their way there”, she said.

“Firemen were standing at the gates and the police didn’t come anywhere near it.”

This is why, Bell explained, fire fighters were at the front of the peaceful demonstration taking place in Girona today, being “hailed as heroes” by the Catalan community.

“Students from university marched into the square today with their hands painted white, chanting ‘the streets will always be ours’”, Bell said.

Asked what the feeling in Catalonia is about what is to come, she said: “People don’t know what’s going to happen next. Nobody knows. That’s part of the reason for the demonstration today.”

In the wake of the results and the uncertainty of the future, Bell said that there was a sense that people wanted to congregate together.

“It feels similar to our referendum because there is this need to come together and show solidarity, although their situation is a bit different.”

Random hugs and kisses from women and men, greetin’, laughter, sadness and hope. The future is bright #CataloniaReferendum #humbled