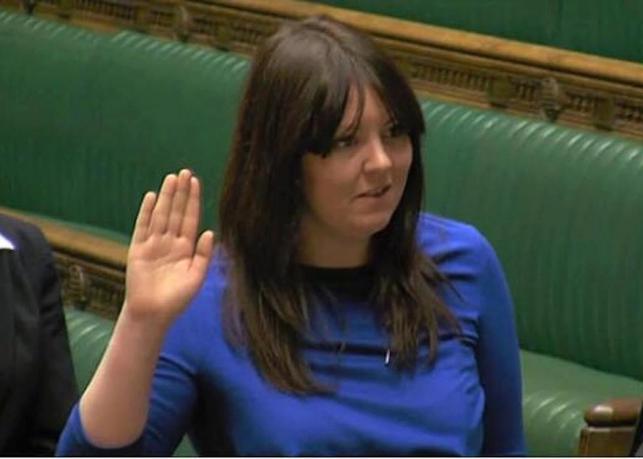 WfI: “We are frustrated… that there are not more alternatives to prison available for sheriffs to consider”

WOMEN FOR INDEPENDENCE have responded to the imprisonment of former activist Natalie McGarry for embezzling funds from the campaign group and others by calling for more community sentencing for women.

McGarry, a former SNP MP, was sentenced to 18 months in jail on Thursday [6 June] after pleading guilty to embezzling more than £25,000 from Women for Independence (WfI) and the SNP’s Glasgow Regional Association between 2013 to 2015. The largest sum of money stolen from WfI was supposed to be passed on to Perth & Kinross foodbank and campaign group Positive Prisons, Positive Futures.

In a statement after the sentencing was announced, WfI said: “The missing money represented donations from women and men across Scotland to support the organisation’s campaigning for Independence. For many these donations were a real sacrifice.

“Women for Independence has been long associated with campaigning for justice for women caught up in the criminal justice system.

“We were instrumental in the campaign to halt the building of the proposed super prison for women in 2014 and we launched Justice Watch in 2015 which has been acting as a citizens’ witness programme regarding the reality for women and criminal justice.

“The general pattern of offending by women is such that we believe most women serving custodial sentences would be better served by community disposals which do not disrupt families, children or in the long run cost more but which can demonstrate real benefits to women to cut re-offending while making a valuable contribution to the community.

“We had no influence on the sentencing diet and recognise that we were not the only party injured  by her actions.  We respect the sheriff’s decision given his comments on the seriousness of the matter. We are frustrated however that there are not more alternatives to prison available for sheriffs to consider and we will continue to campaign on this issue.”

Following the decision not to build a women’s super-prison in Greenock in 2015, the Scottish Government announced plans for smaller units across Scotland and more community sentencing. The women’s prison in Cornton Vale, which has been criticised in the past for over-crowding, was set for closure in 2018, but full closure has now been delayed until 2020. A 2012 review of Cornton Vale by Lord Advocate Elish Angiolini described Cornton Vale as “antediluvian and appalling”.

McCluskey was director of Glasgow’s acclaimed Violence Reduction Unit, credited with plunging violent crime rates in the city due to its focus on prevention.

She has argued for a similar approach to reducing the numbers of women in prison.

McCluskey told the BBC: “For most of the women who end up in custody, and it is almost 1,000 a year, they would be better off with a care package than ending up in the prison system.

“My plea to the public is to understand how complex the women I come across are. They are some of the most damaged people. They have had a lifetime of trauma.

Community sentencing overall has been on the rise in Scotland in recent years, while falling in England and Wales.