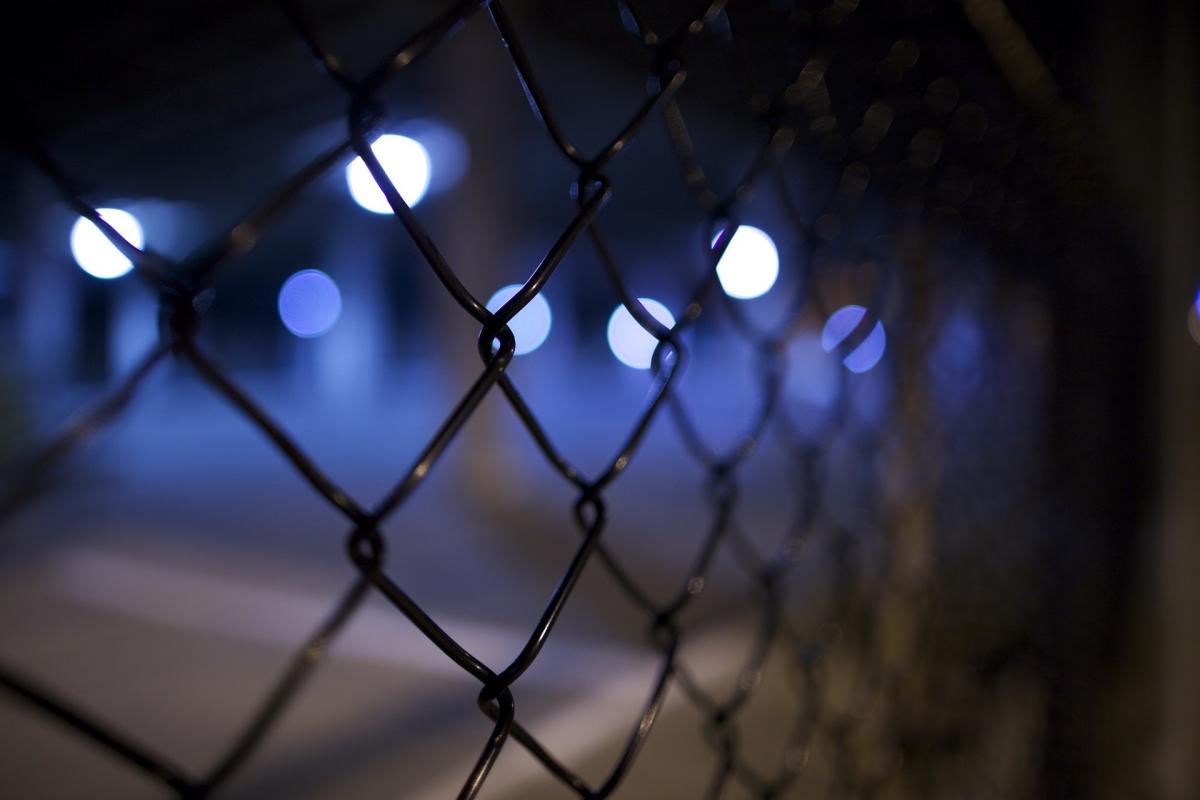 A REPORT by the Council of Europe following a visit to Scottish prisons and police custody facilities has raised serious concerns about conditions, including overcrowding, long-term segregation and inappropriate detention of women in need of psychiatric care.

The report was drawn up by the Council’s Committee for the Prevention of Torture and Inhuman or Degrading Treatment or Punishment (CPT), based on a visit in October 2018 to five Scottish prisons and five police stations where people are held in custody.

Although the report found that the vast majority of prisoners said they were “treated correctly” by prison officers and that the Scottish Government had “clearly embarked on an agenda of reform”, it raises several issues which it says must be urgently addressed.

On its visit to Corton Vale Prison for women, the CPT found that some women being held in segregated units were “in need of urgent care and treatment in a psychiatric facility, and should not have been in a prison environment, let alone segregated for extended periods in solitary confinement”.

The report states: “One woman had bitten through the skin and muscle of her arm down to the bone; another woman sat in isolation surrounded by blood and faeces on the wall; and a third woman set fire to her own hair in-cell.”

Overall, the CPT concluded that the facilities were not “suitably equipped or staffed to provide proper care for the vulnerable women they held at the time of the visit”.

READ MORE: Analysis: Scotland’s prisons are bursting at the seams – will @ScotGov be brave on community justice?

Responding to these findings, Mental Welfare Commission chief executive Colin McKay said: “We reported on delays getting in-patient beds for some mentally unwell prisoners at Cornton Vale two years ago, and we have been raising concerns since at least 2014 about the lack of high secure mental health care for women in Scotland.

“We know there are pressures on Scotland’s overcrowded prison system and forensic mental health wards and we know that work is in progress to improve them.

“Nevertheless, this report from the CPT today is truly shocking. It highlights three women in appalling conditions in the Cornton Vale segregation unit, whom the visiting psychiatrist concluded were psychotic and in urgent need of hospital care.

“Another woman had been approved for transfer to hospital five months earlier, was still in prison, and had just set fire to her cell.

“We will urgently review what happened to these women before and after the CPT visit, to see what lessons can be learned.”

Mackay said that the lack of provision for women with a diagnosis of personality disorder, who are deemed unsuitable for hospital admission, was “unacceptable”.

The Commission welcomed the forensic mental health review which is currently underway in Scotland and called on the government, NHS and Scottish Prison Service to work with them and HMIPS to “identify urgent improvements”.

Scottish Prison Service head of corporate affairs Tom Fox told CommonSpace that he agreed that prison was not the right place for a significant number of women – and men – in the system.

He said: “I think most people would accept that there are too many women in prison in Scotland, but we don’t choose who we get – we get who is sent to us by the courts. If you send people to the wrong place for the wrong reasons, why do you expect the right results?

“In the population of women in prison, it’s very easy to identify women with psychiatric needs. I suspect that there is a similar proportion of men with these needs, but it’s harder to see them in a larger prison population. Is prison really the right place for them?”

However, Fox stressed that prison staff “go above and beyond” to support the women who are in prison, and said that many of the issues identified in the report were reflected in the plans for reform around the women’s prison service.

He explained: “We are in the process of developing a new system for how we manage women in custody, using a gender-specific and trauma-informed approach. We know that many of the women have experienced physical, sexual and emotional abuse.

“We want to create an environment where women are supported to take back control of their lives, and that’s the direction of travel with the replacement for Corton Vale and the new Community Custody Units in Glasgow and Dundee [to open in 2020].”

The report by the CPT also calls attention to issues linked to overcrowding. In Barlinnie Prison for men, it found that “inmates had less than three metres squared each of living space in doubled-up cells of six metres squared including the partitioned toilet”.

At Grampian Prison “mattresses were put on the floor under the bunk beds temporarily, resulting in tripling up of double-occupancy cells”.

The CPT points out that it has, in previous visits dating back to 1994, raised the issue of small waiting cubicles of less than one metre squared in Barlinnie Prison’s reception area, which are referred to as “dog-boxes” by prisoners.

The visit also highlighted issues with the amount of time prisoners had to spend in their cells as a result of overcrowding and staff shortages, particularly for those prisoners being held on remand before trial.

The report notes that the Scottish authorities have already announced, in response to this finding, that a notice would be sent to senior management teams “to remind them of the legal requirement to provide exercise for not less than one hour every day”.

The delegation found that other prisoners were being segregated for “extremely long periods”, of months and even years at a time. The report said this was leading to prisoners becoming “institutionalised into the Separation and Reintegration Unit (SRU) environment”, which it described as “akin to solitary confinement”.

In light of this, the report has called for a “step-down facility” to be considered as an alternative to long-term segregation.

Tom Fox of the Scottish Prison Service said that population growth in prisons was a problem, as it means the ratio of staff to prisoners is lower. He added: “Again, the Prison Service doesn’t control the size of the prison population – we have to take who is sent to us.”

Fox suggested that the issue may have been driven by an increase in people on longer sentences, including those on life sentence which are now considerably longer than they were 20 years ago.

Additionally, the report identified a gradual rise in inter-prisoner and inmate-on-staff violence, which it suggests is linked to “large amounts of synthetic drugs flowing into Scottish prisons”, particularly New Psychoactive Substances which are very difficult to detect.

Fox confirmed that this is a problem which the Scottish Prison Service is aware of and is in the process of working with new and “promising” technology to identify the drugs more easily.

He argued that this issue was part of a wider societal issue which needs to be addressed, adding: “This [New Psychoactive Substances] is often described in the media as Spice. That implies that it’s one thing, but it’s actually a lot of things – it can be different from one day to the next, the concentrations vary, and they are cheap.

“We have a problem as a society, as people don’t realise how dangerous this is. So we need to be made more aware of this in the community.”

Commenting on the report, chair of the Scottish Human Rights Commission Judith Robertson saidt: “People who are detained in police custody or prison are often in a vulnerable situation.

“Like everyone, they have an absolute right to be free from cruel or degrading treatment, and to be safe from physical and mental harm. These rights are protected in Scotland’s domestic human rights laws and the broader international human rights obligations that we are signed up to as a country.

“Scotland is a country that aspires to provide safe and humane conditions when people are in detention. The CPT report provides important scrutiny of the reality of people’s experiences and throws a clear spotlight on some very worrying conditions and practices.

“Previous concerns expressed by other inspection and monitoring bodies have not yet been addressed. We therefore hope to see urgent action now taken by the Scottish Government to protect and uphold the rights of everyone in Scotland’s places of detention.”

The Mental Welfare Commission and Scottish Human Rights Commission are two of 21 independent monitoring bodies across the UK which make up the National Preventative Mechanism (NPM), a network whose role is to prevent ill-treatment in detention.

The CPT also examined police facilities and found that, of 70 people interviewed who were held in police custody, nearly one-third made allegations of “excessive use of force upon apprehension by police officers”. This included excessively tight handcuffing and of wider abuse which, in some cases, resulted in injuries.

Meanwhile, it was found that the police complaints system appeared “opaque”. The reorted added: “It raised concerns over the independence of the investigation and prompt accessibility to an independent body, particularly when the complaint is about ‘assault’ or ‘excessive use of force’ by police officers at the point of arrest.”

A Scottish Government spokesperson said: “We are pleased the committee’s report notes the excellent co-operation it received while it visited Scotland, during which it met Cabinet Secretary for Justice Humza Yousaf and Equalities Minister Christina McKelvie.

“The report also notes increased protections in the procedures and safeguards surrounding the arrest and detention of suspects, and the Scottish Government’s reform agenda in relation to the female prison estate and the treatment of young offenders.

“We want to ensure Scotland is a modern, inclusive nation which protects, respects and realises internationally-recognised human rights. We actively engage with international human rights monitoring mechanisms and value the expert insight they provide on human rights issues.

“With this in mind, we will consider carefully the Committee’s findings and recommendations to ensure we meet our ambitions for Scotland in upholding human rights in all places of detention.

“We are working to embed equality, dignity and respect in everything we do and are committed to working with the whole of Scottish society to deliver a shared vision for a Scotland where everyone can live a life of human dignity.”