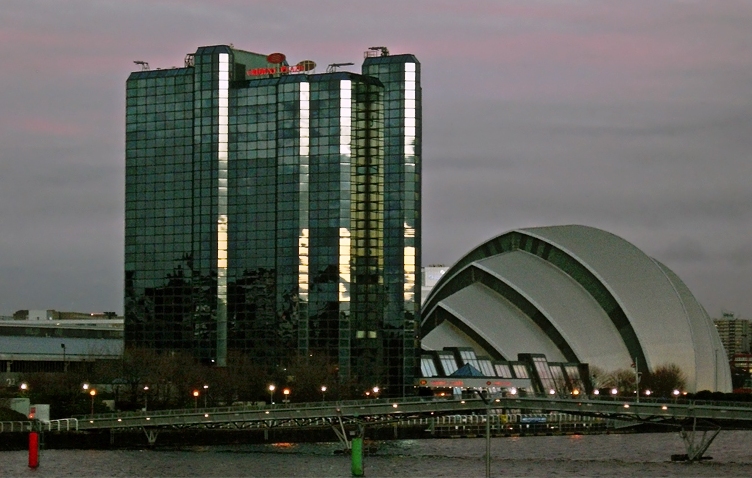 WOMEN’S CHARITIES and a BBC journalist nominated for awards at the Scottish Women’s Awards will not attend over a lack of transparency about the event, being held at the Crowne Plaza in Glasgow next month by profit-making organisers ‘Creative Oceanic’.

The controversy mirrors similar issues which were recently raised about the LGBT ‘Icon Awards’, which saw the ceremony cancelled entirely after numerous members of the Awards’ board resigned amid concerns over the financial model, company links to homophobia, and poor handling of criticism on social media.

Feminist policy organisation Engender, which was itself nominated for an award at the upcoming Creative Oceanic ceremony, released a statement on Wednesday night [8 August] noting that it had seen a “surge in awards events and ceremonies that are more focused on turning profit than championing the hard work of the equalities sector in Scotland”, citing the Scottish Women’s Awards as one such example.

Engender has pointed to the charge of “upwards of £100” for attendance beyond the one free ticket being offered to each charity and a lack of evidence on where the nominations came from and how the categories are judged as reasons why the organisation has decided to decline its nomination.

Instead, Engender and a number of other women’s organisations which are backing the effective boycott, plan to use Monday 13 August to celebrate women’s campaign groups, equalities organisations, and individual gender advocates on social media using the hashtag #ScotWomenShoutOut.

READ MORE: ‘We will not be held to ransom’: Tie campaign pull out of Icon Awards over demands that they pay to attend ceremony

“The organisations in our sector do amazing work, often with little support and limited resources, and their passion and commitment to gender equality definitely deserves recognition.

“We believe that awards ceremonies need to be transparent in their nominations and judging process, involve local communities, and have a good understanding of the sector they claim to celebrate.

“Trying to make a profit on an already underfunded sector does not sit well with us, so instead we will be celebrating the achievements of gender equality champions in Scotland by joining Engender and other organisations in #ScotWomenShoutOut on Monday.”

Another awards ceremony, the Scottish Diversity Awards, was also organised under the Creative Oceanic brand at the end of last year, just a couple of months after it held the first Scottish Women’s Awards. At the time, the Scottish Council for Voluntary Organisations urged charities to be “cautious” about participating in such ceremonies, after similar concerns were raised around profits and transparency.

No currently active company under the ‘Oceanic’ name could be identified, with only one active company registered to any of the directors – an estate agency.

“We discovered that the company is basically an events company that puts on awards ceremonies for profit.” Engender director Emma Ritch

Asked by CommonSpace to clarify the name of the company or charity responsible for organising the awards or, alternatively, to confirm whether it was run by individuals as sole traders, a spokesperson for the Scottish Women’s Awards said: “We want to be known to the public as ‘Scottish Women’s Awards’ to raise awareness of the campaign.

“The Scottish Women’s Awards are run by a campaign manager who is responsible to deliver the ceremony.”

Pressed further on the issue and advised that, in the interests of transparency, attendees may wish to know the name of the constituted organisation running the event, the spokesperson declined to clarify the matter and reiterated: “We want to be known publicly as ‘Scottish Women’s Awards’ and this should be used when you are referring to this particular campaign.”

Speaking on BBC Good Morning Scotland on Thursday, Engender director Emma Ritch explained the background to the campaigners’ decision to speak out: “We dug into the background of the organisation – we were trying to find out how we’d been nominated so we could share the good news with our members and we couldn’t find any answers.

“The public nominations process didn’t seem to exist, we discovered that the company is basically an events company that puts on awards ceremonies for profit, and so we really didn’t feel that was much of an accolade.

“If awards are ethical they would tend to put these organisations in front of funders and potentially the public to raise awareness of the issue or the group that the organisation is working for, and we saw no evidence of any of this.”

BBC journalist Shelley Jofre of Women in Journalism, nominated for a ‘services in media’ award, tweeted: “Agree wholeheartedly with Engender’s concerns about these awards. Let’s celebrate all the great unsung work done by women in Scotland but in a meaningful way.”

Responding to the criticisms, a spokesperson for the Scottish Women’s Awards said: “This is the second Scottish Women’s Awards and we have yet to receive a complaint. We are very disappointed to see that our attempt to acknowledge female role-models and heroes that often remain un-recognised is being boycotted by feminist organisations.

“We all have the same vision; to promote inspirational women and celebrate their achievements, we all just have different ways of achieving this.”

The spokesperson said that the claim the awards were “associated with profit-making is untrue”, that every nominee receives one free ticket, and that “it is up to them if they will bring along additional guests”.

“Moreover, if a charity wants to attend the ceremony and ask for additional tickets we are happy to oblige at no costs as we have done previously,” the spokesperson added.

The spokesperson also noted that the 2017 ceremony raised £2,900 for the Women’s Fund for Scotland.

Engender has recommended supporting “ethical awards” such as the Outstanding Women Awards, run by the Glasgow Women’s Library and the Saltire Society, which is currently open for nominations.