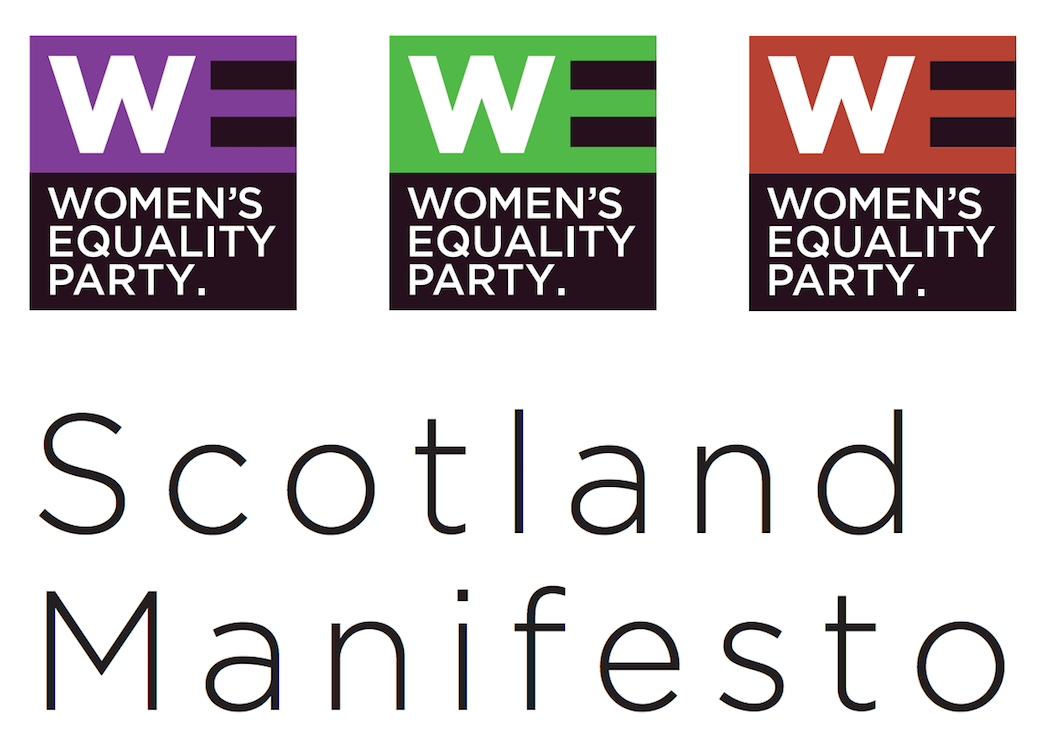 Ten candidates announced for the Glasgow and Lothians regional list

THE WOMEN’S EQUALITY (WE) party has set its sights on the upcoming Scottish elections, launching a manifesto in Edinburgh last weekend.

Founded by comedian Sandi Toksvig and journalist Catherine Mayer in 2015, the party is standing candidates in the Welsh and London assembly elections, and has now announced ten candidates for the Scottish Parliament race.

Since its formation the WE has caused a stir, being both praised for its focus on gender equality, and criticised for the supposedly middle class tone of its “neither left nor right” stance, as Lothian candidate Lee Chalmers put it.

So what’s in the manifesto?

“No woman is free in a society where there are three reported rapes per day and one in five women suffers domestic abuse,” the manifesto states. WE wants the UK Government to ratify the Istanbul Convention, and says it would tackle failings in service provision for rape and domestic abuse survivors.

The WE party doesn’t take a position on austerity or wider economic policy issues; austerity gets a manifesto mention only once, in relation to the increased burden of cuts on women and the “devaluation of women’s jobs”.

The party does back gender budgeting, and proposes redefining (though not necessarily renumerating) “women’s unpaid labour”, something which was brought to prominence by the late Scottish economist Ailsa Mackay .

Though gender representation at the Scottish Parliament is often lauded, the proportion of MSPs who are women is still only 35 per cent.

Highlighting the under-representation of women in public life, WE pledges to “push” the government to ensure 50 per cent of ministerial posts are held by women.

WE backs gender quotas for public boards, though only temporary ones. It says it wants to continue supporting the Women 50/50 campaign, which has politicians from the Scottish Greens, Scottish Labour and the SNP on its steering committe.

WE has no position on Scottish independence, or any other constitutional or foreign policy issues, stating: “WE don’t take a party line on issues outside our remit: to bring equality for women.”

Promising to “enforce the equal pay legislation of the 1970s”, equal pay is a key plank of the WE party manifesto, and it proposes creating a new ministerial post for Women and Equalities to enact measures aimed at narrowing the pay gap.

Beyond equality of pay, the party does not specify what a minimum level of pay should be, stating only that it would “encourage employers to commit to the Living Wage”.