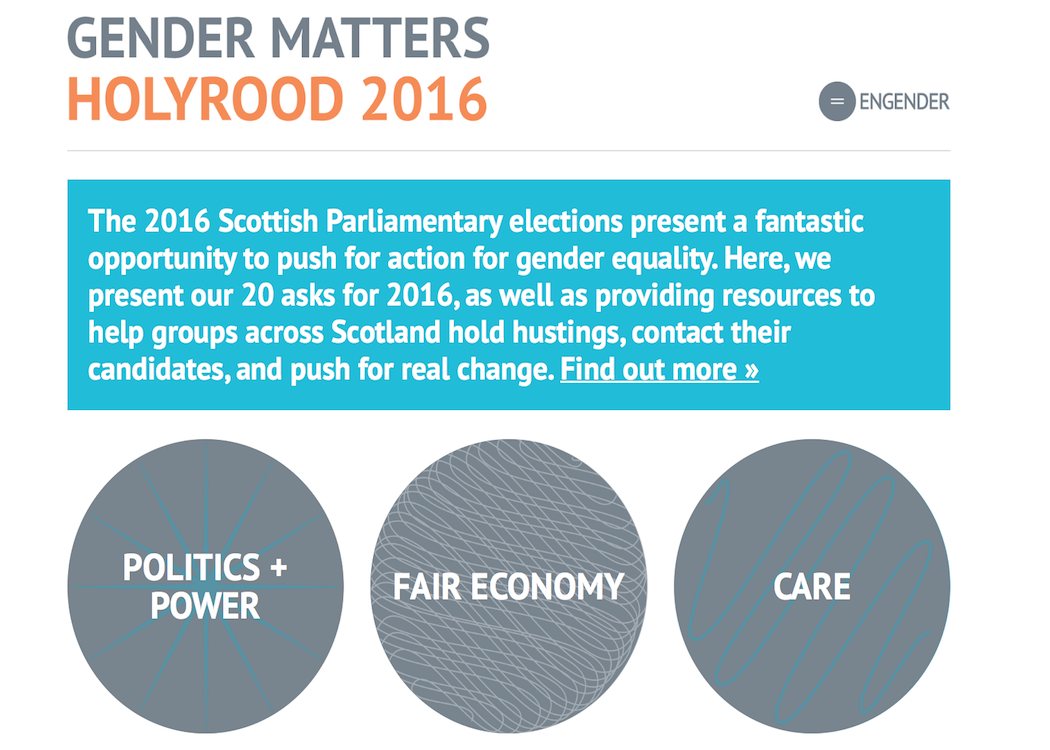 HUSTINGS and ‘conversation cafes’ where women can quiz candidates on gender issues have been proposed by feminist organisation Engender, which is offering to support events.

Engender, which is a feminist membership organisation, has said candidates need to commit to the promises on women’s equality included in its manifesto.

A dedicated website has been launched by the organisation where women can find support in setting up events – from formal hustings to informal discussion groups – to discuss gender equality and quiz parliamentary candidates.

The Scottish Parliament elections present a fantastic opportunity for parties and candidates to truly be put to the test on women’s equality. Emma Ritch, Engender Executive Director

Engender said that issues brought up by women in discussion groups – as were common throughout the referendum debate – can often “differ hugely from the issues focused on by the mainstream media and politicians themselves”.

Engender’s Executive Director Emma Ritch said: “We have seen huge amount of rhetoric on women’s equality in Scotland over the past few years, with the focus on women voters during the independence referendum, and the appointment of our first female first minister and 50:50 cabinet.

“The Scottish Parliament elections present a fantastic opportunity for parties and candidates to truly be put to the test on women’s equality, and for women across Scotland to have their say.

“By supporting women’s groups to hold hustings, conversation cafes, and other events to help them quiz their candidates, we hope to empower women to make sure candidates standing in the election know about the issues which matter to women in Scotland.”

Engender’s manifesto , drawn up in consultation with women all around Scotland, includes 20 ‘asks’ which they believe would tackle gender inequality, including specific education and labour market strategies, and the creation of a ‘Women in Media’ body to tackle both the lack of women working in creative and print industries, and women’s portrayal in media.