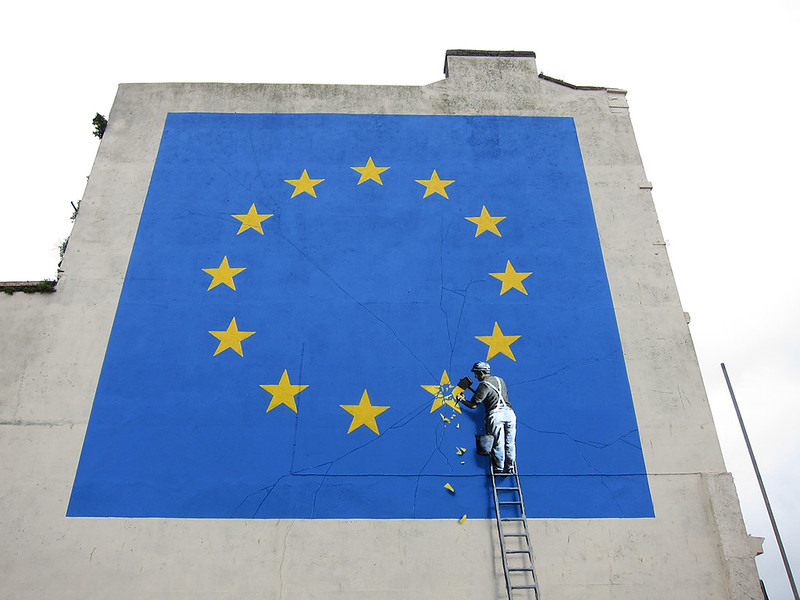 THE FIRST MINISTER has urged Europeans to “leave a light on for Scotland” in an open letter to mark the UK’s official withdrawal from the EU, with a message urging EU citizens to remain in Scotland.

In a letter published across Europe in several different languages, First Minister Nicola Sturgeon said it would mean a “great deal” to Scotland to know our European friends stood in solidarity with us.

Addressing the imminent withdrawal, the SNP leader wrote: “The UK is leaving the European Union this evening. Those are words I had hoped never to have to write. Not least because an overwhelming majority of people in Scotland did not vote for this.

Today FM @NicolaSturgeon has written to our European friends and neighbours, asking them to #leavealighton for Scotland.

‘Scotland may lie on the edge of Europe, but we have always been – and want to remain – at its heart.’

“Scotland is a proud European nation and I profoundly regret the UK’s decision to leave. The European Union has brought together like-minded, independent nations on equal terms to work together for the mutual benefit of all our citizens.”

Sturgeon also repeated her message to EU citizens living in Scotland, saying they remain welcome in the country: “Scotland remains their home and they are welcome to stay. Likewise, many thousands of Scots have made their home in countries across Europe and I am grateful for the warm welcome they continue to receive.”

The first minister added: “Scotland may lie on the edge of Europe, but we have always been – and want to remain – at its heart.

“I believe that Scotland has the right to choose its own future and that the best option for Scotland is to be an independent country, in the EU.

“The UK’s exit from the EU may be marked with celebrations by some in other parts of the UK, but I am writing to you today – a very symbolic day – to send a strong message of solidarity, and of hope, to our European friends and neighbours. Scotland very much hopes to resume our membership of the European Union in the future, as an equal member.”

The letter forms part of a series of activities by Scottish Government ministers to mark Brexit day, with ministers including health secretary Jeane Freeman and external affairs secretary Fiona Hyslop also working to show Scotland’s “commitment to the EU.”

Launching a document explaining how Scotland will work with the EU over the next five years, Hyslop said: “Scotland is being taken out of the EU against its democratic will – but the Scottish Government is determined that our nation remains at the heart of Europe.

Read more: Nicola Sturgeon: There are no ‘shortcuts’ to #indyref2

“Brexit will unfortunately change how Scotland engages, but it will not change the EU’s importance to Scotland, nor our commitment to it. We will continue to collaborate across a wide range of issues, reflecting our shared values and goals.

“Whatever our constitutional future, Scotland will remain an outward facing, constructive nation, working closely with our European partners.”

The document sets out four “shared priorities” for the EU and for Scotland, including representing “progressive, democratic values and meeting the challenge of climate change”.

Meanwhile, the health secretary has urged EU nationals who work in Scotland’s NHS to remain in the country, detailing the support the government has made available.

Scotland’s unique demographics and ageing population leave the health service and other major employers vulnerable to staff shortages after the end of free movement, according to the government.

Freeman said: “I know many EU citizens living and working in Scotland are feeling increasingly uncertain now that Brexit is upon us and many will share the sadness I feel that Scotland is being taken out of the EU against our wishes.

“I am fortunate that almost every day I get to see the hard work and dedication of our NHS and care staff; staff born and raised in Scotland, staff from elsewhere in the UK and staff from around the world. Our EU staff play a vital role in all of that and I am truly grateful for the work that you do.

“While the uncertainty around the UK’s future relationship with the EU will go on for some time, I want to reassure you that protecting your rights continues to be a top priority for me and for the Scottish Government.”

In a paper arguing for a “Scottish visa”, the Scottish Government had hoped to create a tailored immigration system for Scotland, however, the Conservative UK Government quickly rejected the idea.