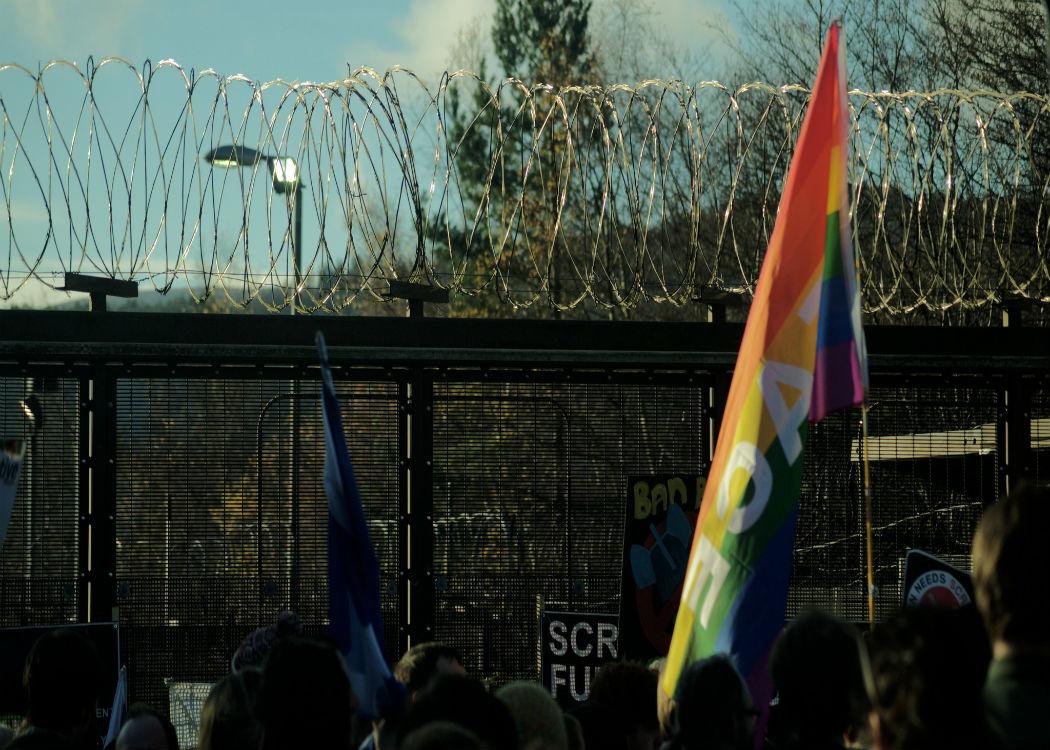 Scottish CND: “It is yet another example of corners being cut at Faslane when it comes to protecting the safety of workers and the public”

THE Ministry of Defence (MoD) has been reprimanded for breaking safety regulations at its Faslane nuclear base, after the Office for Nuclear Regulation (ONR) revealed that a worker was exposed to radiation because staff were not following proper procedure.

The worker became exposed to a small amount of radiation, and did not have a portable alarm with him that would have alerted him to the danger.

The ONR report said that despite carrying a portable alarm being part of the rules, it “had become custom and practice not to use the alarm in certain areas” at the nuclear base.

ONR inspectors concluded that “there had been a non-compliance with the ionising radiations regulations, in that local rules were not followed and that the risk to operators had not been reduced so far as is reasonably practicable”.

Angus Robertson, SNP Defence spokesperson, told The National that the safety situation at Faslane was “intolerable”.

“It is unacceptable that any individual is exposed to harmful levels of radiation and it is shocking that it had become customary not to use the recommended safety alarm. This disregard for safety regulations is intolerable on any work site, let alone one dealing with nuclear weapons and reactors,” Robertson said.

John Ainslie, Scottish CND co-ordinator, said: “It is yet another example of corners being cut at Faslane when it comes to protecting the safety of workers and the public.”

The MoD said the ONR are “content” with the actions it has taken to improve safety.