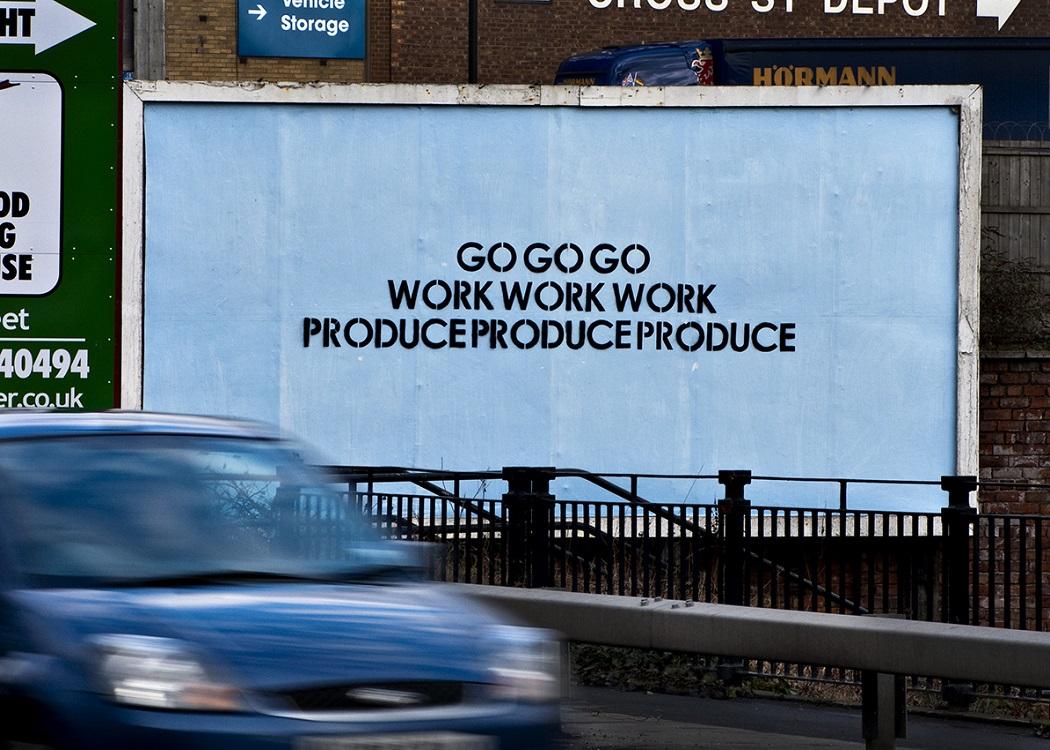 CommonSpace columnist David Carr takes a look at the relationship between, creativity and education

“TO unleash the latent potential of our people requires that we give them responsibility’ – so said Jimmy Reid. He was right in so many ways.

The unique quality of humans is that we can improvise. Our innate creativity, which allows us to find our way around practical problems, is the reason there are more of us than any other kind of large animal. I remain hopeful that we can improvise our way out of environmental collapse.

But what if that creativity is stifled? What if people’s activities are delimited and constrained by the demands of those who control our lives?

We know from Clydeside history that when workers were given a say in the production process, they excelled.

The way we organise ourselves is that the majority of us work for someone else, who has authority over the purposes of our work and how we carry it out. This ruins lives.

Fair enough. It’s their business. Or – in the public sector – they have the controlling hand over how our taxes are spent.

But does it have to be like this? We know from Clydeside history that when workers were given a say in the production process, they excelled. Why wouldn’t they? They knew how to build ships. In fact, it turned out that they could simply lock the gates and get on with it.

But people aren’t encouraged to do this. Broadly speaking, we are educated for the niches already carved out in society. Myself – full disclosure – a bursary boy at an independent school – was meant to fit into a niche.

Posh kids were doctors or solicitors. Less posh, engineers or accountants. when I expressed an interest in psychology I was told that was for who had failed engineering.

I know. I had it easy. What do they educate you for when there is nothing to aspire to, when nobody you know has ever gone to university, when nobody has ever had a job? What’s your niche?

Scotland suffers grievously from an educational apartheid. It’s not the teachers’ fault – pedagogy has advanced enormously since the educational revolution of the 1970s. The problem is opportunities, society, inequality.

Broadly speaking, we are educated for the niches already carved out in society.

But people can and do unlock their potential – when they are allowed to do so. People get set in their ways because of the boxes they are put in – hold down the job, pay the mortgage. Minds become frozen.

And when people are educated so that their lives are subordinate to others’ ways of doing business, the precise and correctly applied word is alienation. This leads to anomie, the disordering of our social being.

Meantime, developments in neuroplasticity tell us that brains can be turned on pretty much at any time of life. No, we do not become less able to learn as we age.

I have a personal example of this. My Pop, who left school at 14 to go to sea, spent his 16th birthday in Valparaiso. Accordingly, on his 18th birthday, he started learning Spanish.

And I’m suddenly reminded also of indyref. All sorts of ordinary people suddenly found themselves doing things outwit their comfort zone. It was as if we had been switched on.

I know, for example, a Highland housewife who suddenly found herself being booked for public speaking engagements. She’s now a prospective parliamentary candidate. Did similar things happen on the No side, I wonder?

Me? Against expectation, I’m a columnist.

I am from an ordinary working class family of artists, readers, poets and debaters. I don’t believe for one second that my family was unusual.

But so what? So what if my grandma, a South Walian sailor’s daughter who couldn’t afford to take up her place at Goldsmith’s, had an interesting hobby? (She painted). It doesn’t pay the bills. Get back to work.

As Leonard Bast says in Forster’s ‘Howard’s End’: “Art is just something to make rich people feel good after their dinner.”

Think again. Creativity is the fundamental human instinct. When we don’t have freedom to be creative, we fail to flourish. When we’re not allowed to innovate at work, both we and the business we are in fail to flourish.

But while it is disastrous to educate people solely for the jobs market – that’s training, not education, and forgive me for saying that businesses, not us, should be paying for their own training – then neither is it even possible to educate people when there is no point in it, nothing for them to do afterwards.

Education builds productivity. There is ample, ample evidence that shows that spending on education yields an eye-watering return on investment. Schools are not fripperies. Our taxes are good value.

Proper education can yield an even better return. When businesses say this, they tend to mean ‘If schools do our on-job training for us’. So send me two dozen fully qualified retail operatives. Do you want fries with that?

There is ample evidence which shows that people flourish and are more productive if given control over their lives.

They are dead, dead wrong. What they want is fully rounded humans, the kind of people who will go into their business and say, “Hang on – it would be better if you did it this way…”

I am serious about this. It applies right from Maccy D’s to shipbuilding. There is ample evidence which shows that people flourish and are more productive if given control over their lives.

And after work? That’s when all the art and music and literature and dancing comes in. To be nakedly economic about, it at very least recharges us so we can get the most out of the working day.

Plus – it gives folk ideas.

Actually, though – it’s the other way round. We only work so we can do art.