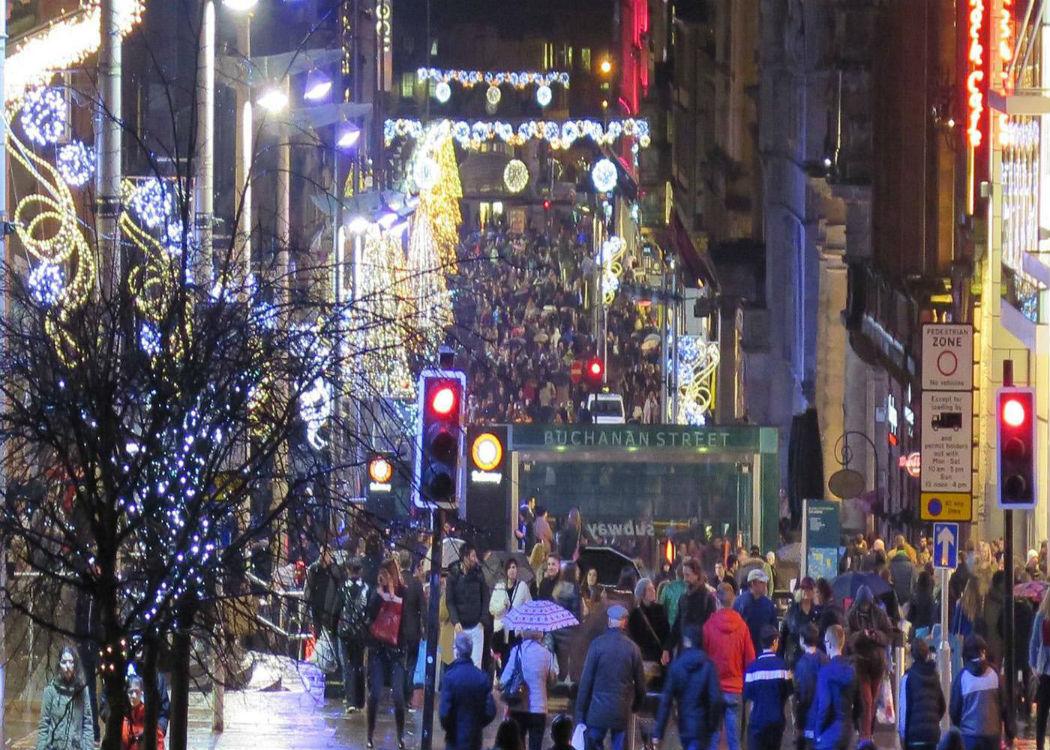 Working on Christmas day used to be a job just for essential services like nurses and fire fighters. But in the modern consumer economy, waiters, call centre workers and retail staff, are all part of the mix of workers who put aside the tradition of spending 25 December with their family and friends over crackers, turkey and wine, and instead just do their job.

88,000 workers in Scotland got up on Christmas morning in 2012 and made their way to work, according to the latest ONS figures (the most up-to-date figures available). That’s 3.4 per cent of the whole of Scotland’s workforce, half a per cent higher than the UK average. In fact, the only region of the UK with a higher number of people working on Christmas day is the north-east of England, with 3.6 per cent.

According to Davey, who works in a bar and restaurant in Glasgow and would prefer to remain anonymous, he has worked the past two Christmases and will work this year too.

“You’re kinda given the choice of working new year or Christmas day,” he says. “I want New Year off, so I took the Christmas shift. I would have been having a family dinner, but my girlfriend works here too so we just try to do Christmas on Boxing Day.”

Davey says that eating out for Christmas dinner is becoming more popular, and the restaurant where he works was fully booked this year and last year. He is paid time and a half, and says that as far as he knows that has always been the rate, but for many bars and restaurants double or even triple time is expected.

Is Davey’s experience part of a growing trend of working lives that increasingly know no boundaries, with bosses demanding complete flexibility and consumers expecting no break from buying?

Professor Guy Standing, an economist and author specialising in work, tells CommonSpace that the numbers of people working on Christmas Day “is just another example of how those in the precariat are not allowed to have any control over their own time.”

Professor Standing’s theory of ‘the precariat’, outlined in his book of the same name, is that global capitalism has created an increasingly large stratum of workers that live permanently in a precarious existence, with no job security and no income security, entirely flexible and expendable depending on the needs of the market at any given moment. The rise of zero-hour contracts, where workers are given no secure amount of hours, and agency work, where workers do one day or one week jobs before finding new work again, are key features of the ever expanding ‘precariat’.

“Many will dread refusing to comply with the dictate to labour.”

He argues that “sadly, many will not be adequately compensated and many will dread refusing to comply with the dictate to labour” in working on Christmas day. “Worst of all,” Standing adds, “many will be earning so little and be so insecure that they will be humiliated enough to be ‘grateful’ for the earnings.”

Since the financial crisis in 2008, there has been a record number of people in part-time work who are seeking full-time work, and 1.4m – more than one in every ten workers – are on zero-hour contracts, a phenomenon that hardly existed a decade ago. Those on zero-hour contracts are most likely to be women, and within the 16-25 and 65+ age bracket. The increase in precarious work has coincided with a sharp decline in wages, falling 11 per cent since the crash in 2008.

Ian Tasker, assistant secretary of the STUC, says that it is “clearly a concern that Scotland would be out of kilter with much of the rest of the UK and that more people are working on what is a public, and a religious, holiday.”

Tasker adds: “There is no doubt that in industries like the retail sector, more and more people are being pressured to work on public holidays. The proliferation of zero-hour contracts, and the generally low level of trade union membership across the retail industry, is part of the problem. There’s a culture in these sectors of employers wanting complete control over their workers.”

Considering the north-east of England and Scotland have some of the proportionally biggest retail sectors in the UK, a correlation between the high numbers of people working in those areas on Christmas Day and retail can be identified. Tasker says that the retail sector in Glasgow is “one of the biggest in the whole of Europe, and there’s very little financial security, and often a lack of knowledge of their rights, like to time off on public holidays”.

A Scottish government spokesperson when asked to comment on the figures said: “Terms and conditions of employment are a matter for employers, providing they comply with statutory requirements.” The spokesperson added that it is not for the government to comment on why people work on Christmas Day.

Tasker says that the STUC wouldn’t agree that terms and conditions of employment are just a matter for employers, and added that the Scottish government has no power over employment legislation currently.

The STUC wouldn’t agree that terms and conditions of employment are just a matter for employers.

In the STUC’s submission to the Smith Commission it argued for the devolution of employment legislation so that the Scottish parliament could improve workers rights and pay and conditions. The Smith Commission’s report failed to devolve any part of employment legislation. The STUC General Secretary, Grahame Smith, said he was “underwhelmed” by it.

Tasker adds that powers over employment in Scotland are “unfortunately with Westminster, and really with the multinational corporations, who are really running the show when it comes to employment legislation in the UK government right now.”

Davey says “it’s not too bad” to be working in a bar and restaurant on Christmas Day, but Professor Standing and Tasker see Davey as exemplar of the problem: workers have become so used to bending to the needs of capital, they’ve forgotten or have never known a time when it was their right to say ‘no’.