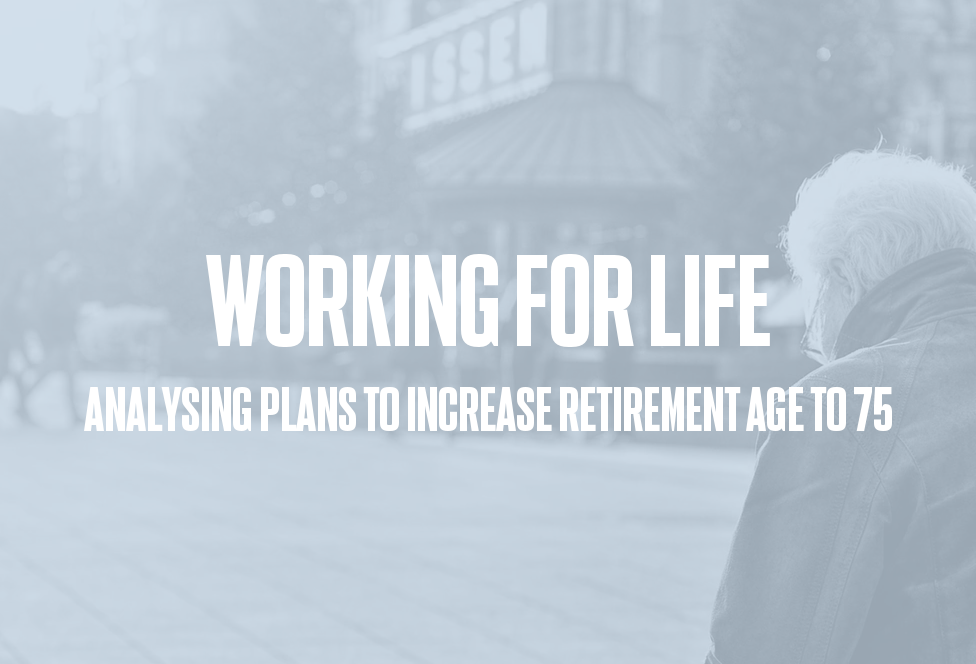 Common Weal’s Head of Policy and Research, Dr Craig Dalzell, analyses the impact on Scotland of recent proposals to increase the UK state pension age to 75.

Iain Duncan Smith’s think tank the Centre for Social Justice, reported to have particular influence on Boris Johnson, announced over the weekend that they have drawn up proposals to increase the UK’s state pension age to 75 by 2035.

The UK already has a poor track record on managing state pension policy. Recent changes to female pension age were botched and have left thousands of WASPI women facing significant financial hardship when their pension age was increased without adequate warning to prepare for it.

Current UK policy to increase the state pension age to 66 next year, 67 by 2026 and to 68 by 2039 will already make the UK one of the countries with the highest retirement age in Europe (despite the fact that it also has the lowest state pension payout of all of the most advanced economies). 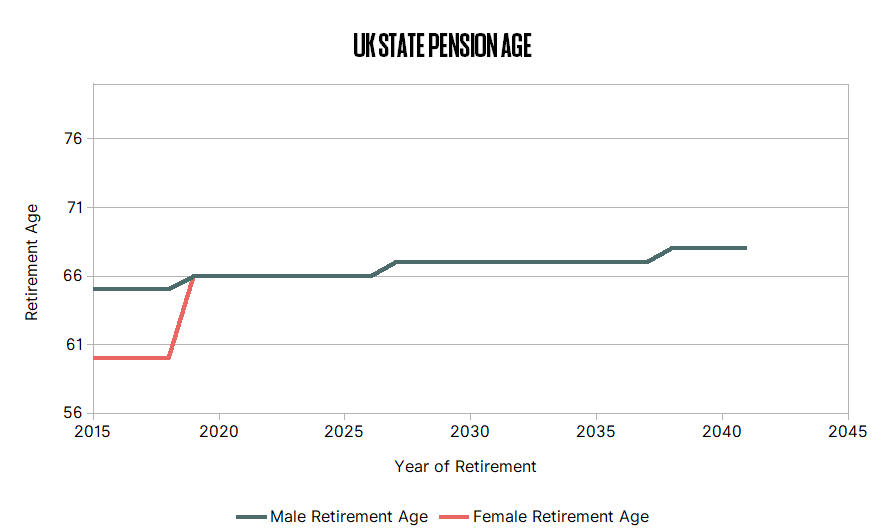 The Centre for Social Justice have proposed that this change is too slow and too low and have suggested that the state pension age be increased to 70 for both men and women in 2028 and then increased to 75 in 2035. 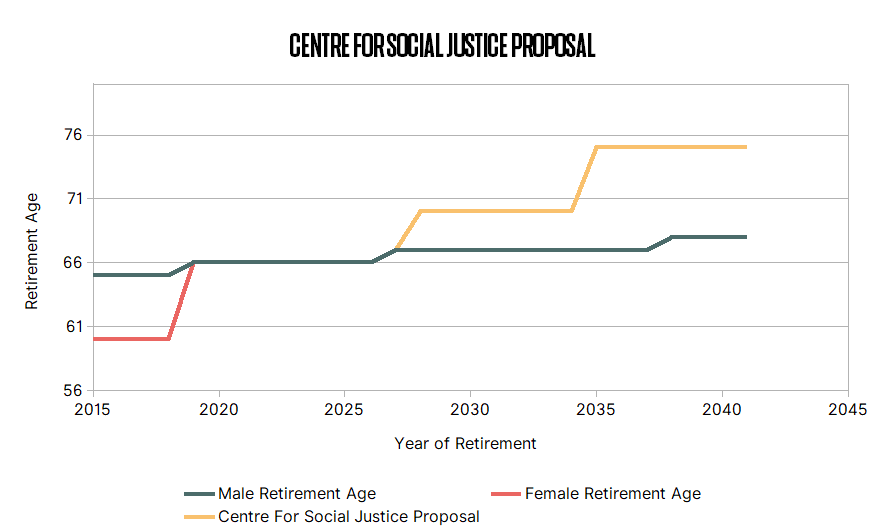 To be clear. The fact that fewer of us are dying of smallpox and polio in our 20s and 30s is one of the great success stories of human development and an ageing population should be celebrated thus.

“Pension Affordability” is often wrapped up into this ratio of retired folk to working-age folk in what is known as the “Dependency Ratio”.

The idea of the “Dependency Ratio” is fundamentally challengeable as it is based on the impression that the income tax and National Insurance contributions of workers fund the pensions of the retired. This is and has never been true. The amount of state pension you receive is based on the number of years of National Insurance contributions you pay but it is not linked to the amount you pay. Further, NI payments and income tax payments are, like almost all taxes in the UK, not “hypothecated” – that is, the revenue from these taxes are not earmarked for a particular purpose.

Revenue from taxes is basically pooled into a single pot (in the UK appropriately named the “Consolidated Fund”) and expenditure is not based on where those taxes have come from.

So in this sense, workers do not pay for pensions.

But despite this, the Dependency Ratio is still used as a measure of pension affordability and it is the changing demographics of the country that is prompting discussion about changes to pension age.

The Centre for Social Justice’s proposals have an even more substantial impact on the ratio. Increasing the retirement age to 70 would drop the Dependency Ratio to just 211 pensioners per 1,000 workers – a level not seen in at least the past 30 years.

Pushing retirement age to 75 would reduce the Dependency Ratio again to just 150. 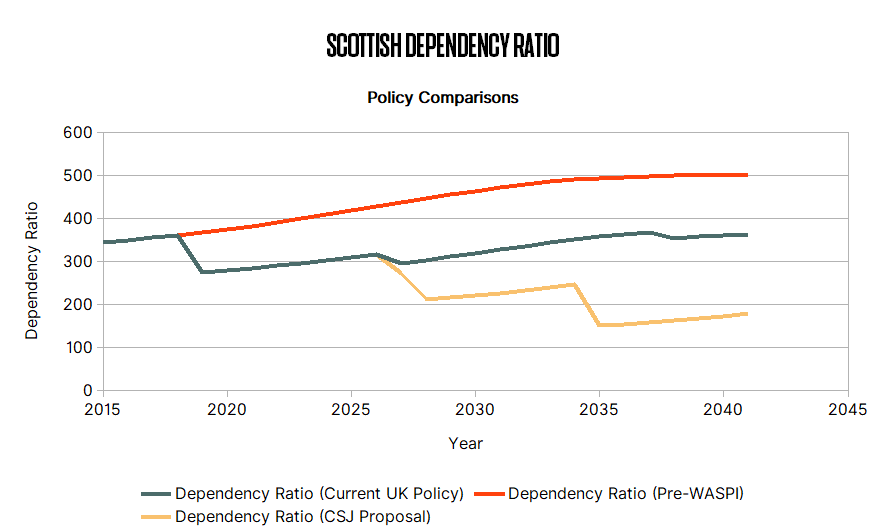 It cannot be overemphasised how profound an impact this change would have on society. Life expectancy at birth in Scotland is 77 for males and 81 for females which would imply that by the time these changes – if implemented – have rolled in, an average Scottish female would expect to enjoy just six years of retirement and an average male just two years.

We must also remember that healthy life expectancy is significantly lower than total life expectancy. An average person born in Scotland around now can expect just 62 years of good health. This figure falls to just 49 for Scotland’s most deprived areas (where an average person would be able to retire for only seven months under the CSJ’s proposals).

If we look at the current register of deaths in Scotland, we see that if retirement age was pushed from 65 to 75 in 2018 then that would have resulted (all other things being equal) in an additional 12,198 people dying before reaching retirement age at all. Across the whole of the UK, that number would be over 100,000.

We must also be aware that the rises in overall life expectancy that we have experienced over the past several decades have slowed and has even reversed under the last decade of Tory Austerity policy.

The UK’s approach to retirement and working policy is not working for Scotland and has a skewed vision of what it means to work, retire and to tax the proceeds of work and fund that retirement.

Demographics aside, we’re living in an era of the zero-hours contract, of insecure work and of fragmented career paths (making it difficult to build and consolidate a private pension to top up the meagre state pension one might get if only they live long enough).

We’re entering an era of increased automation where a greater and greater share of the profits of work is being captured by those at the top whilst those who still have jobs see their wages stagnant and their pension pots being underinvested, outright looted or simply disappeared when the company declares bankruptcy and runs away from its liabilities.

I also wonder if this proposal is being made now because of assumptions I haven’t included in the calculations above. Namely that the UK is about to leave the EU and extend the Hostile Environment of its immigration policy to another three million EU residents. I already know many who have left the UK or who have chosen to not come here since the Brexit referendum – there’s evidence that around a million people have made the same decisions since 2016 and have either left or not come to the UK.

Could it be that the Centre for Social Justice is looking ahead at the impact of the great social injustice that throwing up the UK’s borders and is wondering how to replace those workers in the economy?

Scotland desperately needs to take control of pension policy, immigration policy, workers’ rights policies and all these other areas of governments which must work together – not as individual silos to be tweaked to win election votes or to pass next year’s budget – to ensure the wellbeing of people throughout their life.

It means getting rid of metrics like the Dependency Ratio as a measure of “pension affordability” and recognising that not just income tax but also other taxes like taxes on wealth, land, capital gains and corporation tax are all paying into the same pot. It means recognising that taxes are best seen as a means of rebalancing and re-equalising society against inequalities promoted by successive UK Governments rather than simply a mercenary tool to “justify” cuts landing on one group or another.

And it means bringing in a Universal Basic Income which will allow people to work if they want to work and retire if they want to retire (or if their health forces them to) – dissolving that hard barrier between “workers” and “pensioners” to allow people to freely choose how they live their own lives as part of a society which they know is collectively looking out for them and for everyone else.

Of course, we won’t be able to do any of this under the current devolution system – many of these areas are firmly reserved matters and that is unlikely to change even under the loosest and most broad “Devo-Max” or “Federalism” arrangements ever suggested.

So if Scotland wants to create a fairer system than that now being proposed by senior Conservatives in the UK, to protect the rights of older (and younger) people in our country, it means that we must seek our independence.