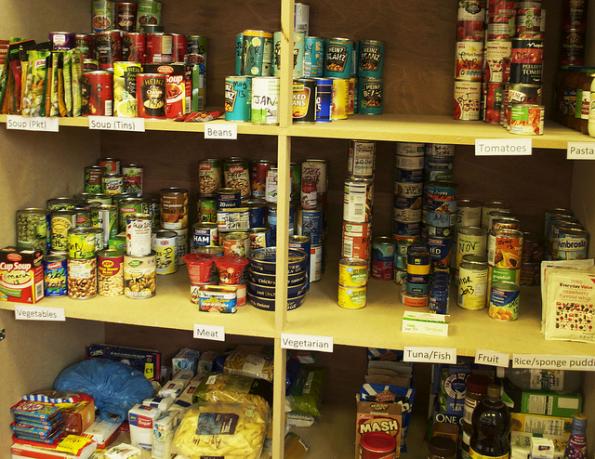 SCOTTISH PEOPLE concerned about their food bills are routinely making sacrifices about the quality and the quantity of the food they eat, while many worry about food running out before they have the money to find more, new research from Citizens Advice Scotland (CAS) has found.

The CAS report Bringing Food to the Table, which presents the initial findings of their Food on the Table campaign, surveyed over 2,650 people in order to better understand the pressures and constraints affecting food affordability, access and availability in Scotland.

While the report stresses that the sample group of respondents cannot be seen as representative of the Scottish people as a whole, the findings illustrate the hard choices facing many across the nation.

CAS found that almost half of respondents – 45 per cent – had worried about their food running out before there was money to buy more. Almost as many – 40 per cent – have seen this fear realised in the past, while 21 per cent have gone a whole day without food due to lack of funds.

The research also found that 37 per cent had cut down on meal sizes or skipped meals entirely because of insufficient money; 23 per cent have had to skip meals so that their children could eat; and even among those in full-time or part-time employment (45 per cent of respondents), 35 per cent could not afford to eat balanced meals.

CAS’s Food on the Table campaign, which ran throughout September and October this year, aims to give the Scottish public a voice on the affordability, choice and access to food.

The problems highlighted by the new report, as well as the widespread controversy over the increasing necessity of foodbanks since the imposition of austerity following the 2008 financial crash, have led to mounting calls for further action to be taken by the Scottish Government.

Writing in CommonSpace earlier this year, the interim director of Medact Guppi Bola warned that “knowing how many people go to your local food bank is not the same as understanding the underlying and ongoing health impacts of not being able to afford to eat.”

In September this year, opposition parties expressed disappointment in the Scottish Government when the proposed ‘Good Food Nation’ Bill was not included in the latest programme for government.

Green MSP Mark Ruskell argued at the time that the vision of a ‘good food nation’ had been eroded to the point where it was “largely just an industry marketing programme”, and called on the Scottish Government to “get moving and draft this Bill or make way for someone else who will”.