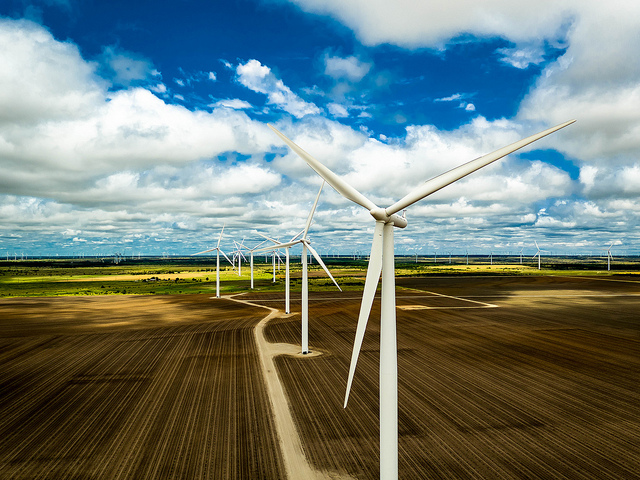 INSTALLATION has started on the world’s first ever floating wind farm off the coast of Peterhead.

The project was funded by Norway’s mostly state-owned Statoil energy, through a subsidiary called Hywind, and began yesterday as the turbines were tugged from Norway.

According to Statoil, the turbines – which will cover a four square-kilometre area off the Aberdeenshire coast – will power 20,000 homes.

Greens MSP Andy Wightman has said: “This pilot project shows the huge potential Scotland has to generate clean energy and create new jobs to replace those being lost in the declining oil and gas industry.

“It’s also a wake-up call for the Scottish and UK Governments who have dithered over the transition to renewables.”

“I think eventually we will see floating wind farms compete without subsidy – but to do that we need to get building at scale.” Project manager Leif Delp

Turbines will be placed on floating spars, which will be secured to the sea bed, allowing the turbines to operate in deeper waters than other offshore wind farms.

The 11,500-tonne turbine is based on a smaller prototype model that has been floating off the coast of Norway since 2009.

Abu Dhabi-based Masdar Energy also has a 25 per cent share in the development. Masdar’s website describes the company as “the Middle East’s largest exporter of clean energy”.

The wind farm comes at a time when the Scottish wind power market is flourishing. The Independent reported that Between 23 and 26 December last year, Scotland’s wind output exceeded its energy needs, peaking on Christmas Day with 153 percent of Scotland’ s energy needs produced by wind, according to WeatherEnergy.

Statoil has since earmarked other markets where this type of development could also take place, including America and Japan, according to its website.

The farm, which project manager Leif Delp told the BBC is a “game changer for floating wind power”, is expected to be finished by the end of the month when another four turbines are brought across from Norway.

According to a report on Statoil’s website, the production costs for the turbines have already fallen by between 60 per cent and 70 per cent, and are expected to fall to by as much as 50 per cent on future projects.

Delp told the BBC: “I think eventually we will see floating wind farms compete without subsidy – but to do that we need to get building at scale.”

Statoil and Masdar are also currently developing the Dudgeon offshore wind farm off the coast of Norfolk, which will see 67 turbines deployed, that will supply energy for 284,000 homes annually.