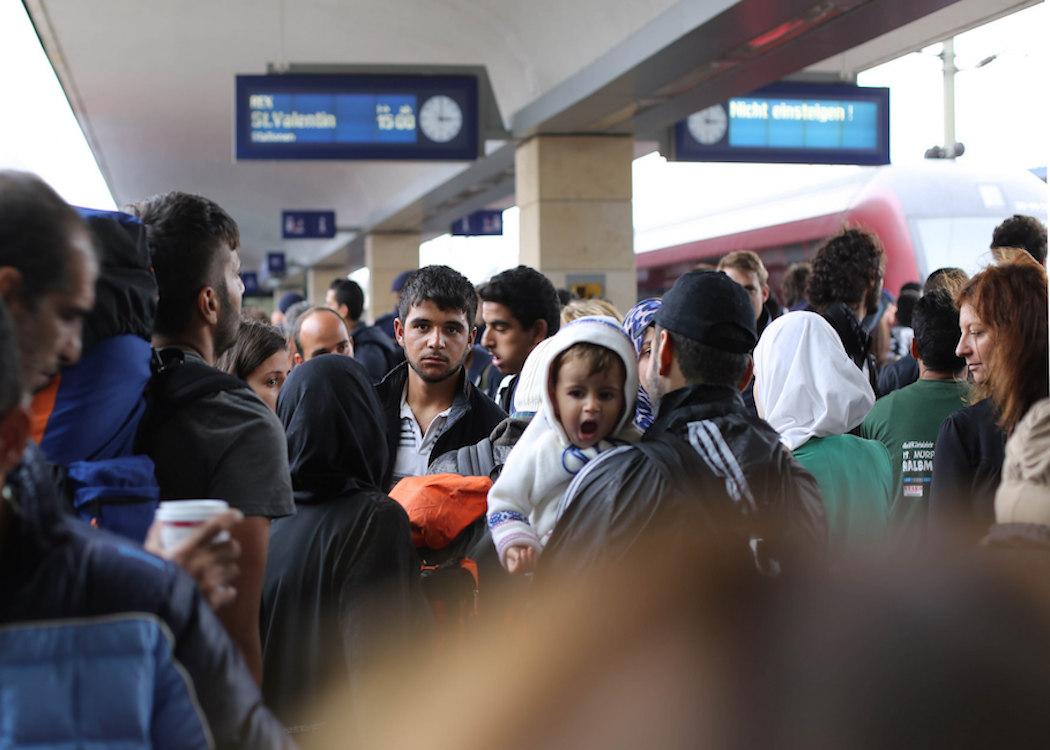 As Glasgow welcomes the first flight of Syrian refugees, much is being made of the open and hospitable reputation which Scotland enjoys around the world. But the reality is not so rosy – and here’s what you can do about it

SYRIAN refugees will shortly arrive in Scotland as part of the government’s resettlement programme. The weather will be enough of a shock, but they should perhaps also be warned not to tune in to BBC Scotland’s ‘Call Kaye’ programme, or read the comments underneath articles or those being tweeted with the #refugeesnotwelcome hashtag.

As Iain MacWhirter pointed out in The Herald , the kind of comments being made on the radio recently regarding Scotland’s new residents certainly suggest a “reality check” is required.

But that said, Scotland embraces its progressive reputation and there have been overwhelming messages of support for the refugees arriving.

For those in their communities worried about any rise in racism or xenophobia amid global events, what can they do to try and tackle it? CommonSpace has been taking a look.

Since the terrorist attacks in Paris on 13 November Scotland has witnessed a spate of racist incidents and opinions.

SNP cabinet minister Humza Yousaf has been subject to a flood of racist and Islamophobic abuse , and a couple were brutally attacked outside their takeaway in Methil, Fife, with attackers allegedly citing “revenge for Paris”.

The Scottish Defence League demonstrated against the housing of asylum seekers in a small Ayrshire village on 15 November, and the following night a cultural centre used by Muslims in Bishopbriggs was firebombed . Meanwhile, callers on Radio Scotland raged about “Islamic reptiles” and the threat of jihadi terrorists.

Pretending these are just one-off ‘bad apples’ is to wilfully ignore a potentially dangerous problem.

What are the facts?

Facts are something notably absent from the debate at the moment, as unconfirmed rumours of the Paris attackers having posed as refugees spread quickly and now can be seen quoted as fact in streams of angry tweets and Facebook comments.

These kinds of stories easily play to widespread fear at a time when terror attacks are becoming more common: having an easy, identifiable scapegoat is attractive when real facts seem so thin on the ground.

– The refugees arriving in Scotland are not from Isis, they’re fleeing from Isis. People coming to the UK as part of the Vulnerable Persons Resettlement Programme have been “vetted”, Theresa May said , with a thorough background check. They come from refugee camps in Lebanon and Iraq.

– These families are some of most vulnerable refugees, meaning that many have endured torture and violence, both of which have been almost inescapable in Syria during the brutal civil war. This is especially true since Isis took advantage of the chaos to invade areas of the country.

– Since the Syrian crisis began in 2011, the UK has accepted 4,980 Syrians and deported 145. Germany has so far accepted 105,000. Eleven million people have been forced to flee Syria since the war began, and half of these are children.

– The 150 people being housed in Adamton Hotel near Monkton, which provoked the Scottish Defence League demonstration on 15 November, are asylum seekers. This means their claims are being processed. The Scottish Government says it was not consulted on this decision – immigration policy is reserved to Westminster.

The Scottish Government has set up a taskforce to handle the incoming Syrian refugees, headed by Humza Yousaf MSP, who is the minister for Europe and International Development. It has planned the resettlement of Syrian refugees alongside local authorities and the process includes “engaging with local communities”.

Before the refugees arrived local authorities had detailed information about their medical needs and backgrounds. The Home Office is paying for basic furnishings, and local people are working with councils to source clothes and toys for the new families.

What can people do to help in their communities?

Keep talking: As well as efforts to help refugees settle in, the wider problems around fear and misunderstanding of the issues are important. Dialogue is arguably the most essential thing – without this we’re just shouting over each other.

Refugees, and particularly those from the Middle East and north Africa, have become easy scapegoats for the fear and anger around terrorism. This can be frustrating, especially when views are expressed in racist and intolerant language.

But no one was ever persuaded to change their mind by being told off and belittled. So instead of shouting “racist” at people who have these questions, perhaps it’s more sensible to answer them.

One trainee teacher in a school in Glasgow’s East End told Commonspace that the style of discussion found in her modern studies classroom can be a model for wider society.

“The best way to address fear and racist ideas is to facilitate a space where people listen and respect each other’s opinions. If someone’s scared to articulate their viewpoint for fear of getting shouted at, there won’t be a discussion and no one will move forwards,” she said. “You have to pose questions and let the pupils discuss it themselves – not tell them what they should think.”

Bring people together: whether it’s people from other countries, those with differing sexual identities, or those with vastly different views from your own, there’s nothing like getting to know a person to break down fear and dislike.

It’s easy to maintain a stereotype in your mind if you never really meet the people in question. Once you’ve met their kids or heard their stories, worked on a project or played football with them, “they’re all the same” becomes less and less believable.

But in a society with less and less integration between existing residents, let alone new ones, this takes a bit of effort. Luckily, Scotland is not lacking in committed and enthusiastic people who can throw together an event before you can say ‘soup and sandwiches’.

For instance, in the village of Comrie, a cultural festival is being planned to bring newcomers and residents together. Could such an idea be replicated nation-wide? The wide range of groups set up in Scotland in recent years amid political excitement, with their famous ability to start a raffle at a moment’s notice, may well be able to lend their organisational skills to the cause.