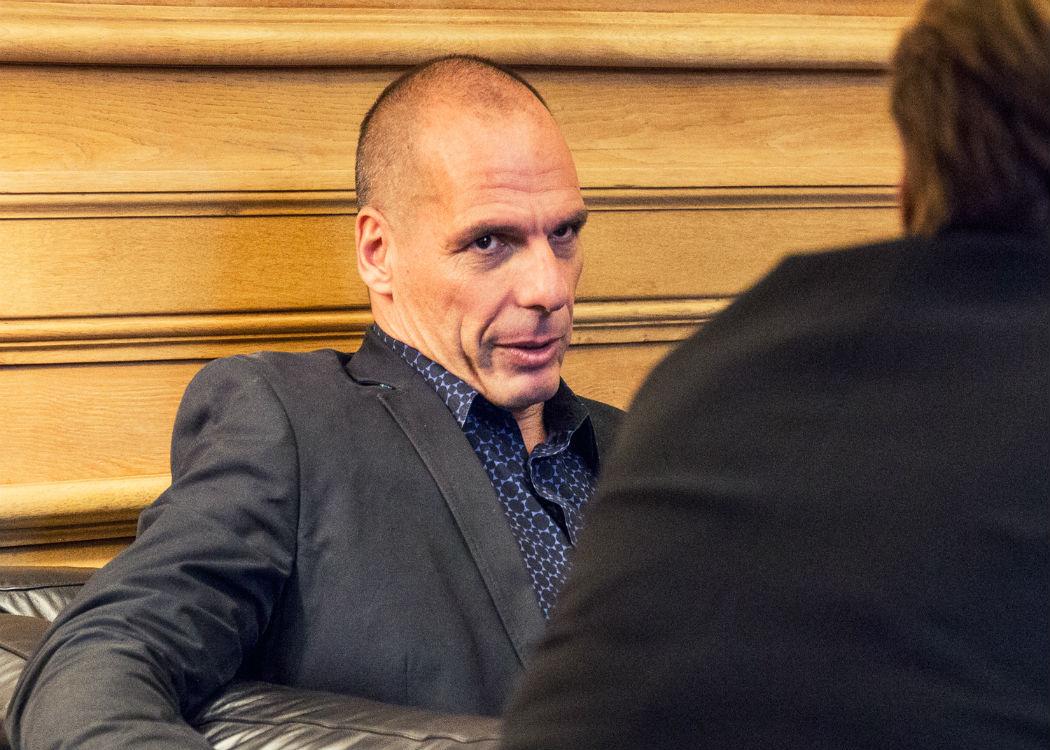 THE FORMER Greek finance minister for the leftwing Syriza Government has said he would support an independent Scotland “in the context of a united Europe”.

Varoufakis made the remarks in conversation with journalist Paul Mason at a Guardian Live event at Central Hall Westminster in London.

After saying that Conservatives who would campaign to leave the EU on the basis of sovereignty would be doing so on the same basis as those who campaigned for Scottish independence, and that Conservatives would then have to address the UK constitutional issue by saying to Scotland “you are not a bona fide nation” Mason asked Varoufakis if he supported Scottish independence.

In an article called ” Scotland must be braver ” originally printed in the Times, he said: “A ‘minimalist’ Independence, of the sort proposed by the Scottish government’s White Paper, will fail either to inspire the Scottish people to vote in favour of Independence or to deliver genuine independence if the referendum is won. Scotland must bite the bullet and fearlessly seek to establish its own currency.”

Varoufakis also said that progressives in the UK and throughout Europe had a duty to stay within the E.U and fight to change it: “Those of us who disdain the democratic deficit it Brussels. Those of us who detest the authoritarianism of a technocracy, which is incompetent technically and contemptuous of democracy politically. Those of us who are the most critical of Europe have a moral duty to stay in Europe, fight for it and democratise it,” he said.

“If we allow this process of fragmentation to continue, the only people who are going to benefit are going to be the ultra-nationalists, the bigots, the racists and those who profit from a great depression that spread throughout the continent.”

Varoufakis, who led Greece’s negotiations with its E.U and other lenders after Syriza’s election in January 2015 before his resignation has said he intends to establish a pan European movement to democratise the EU.