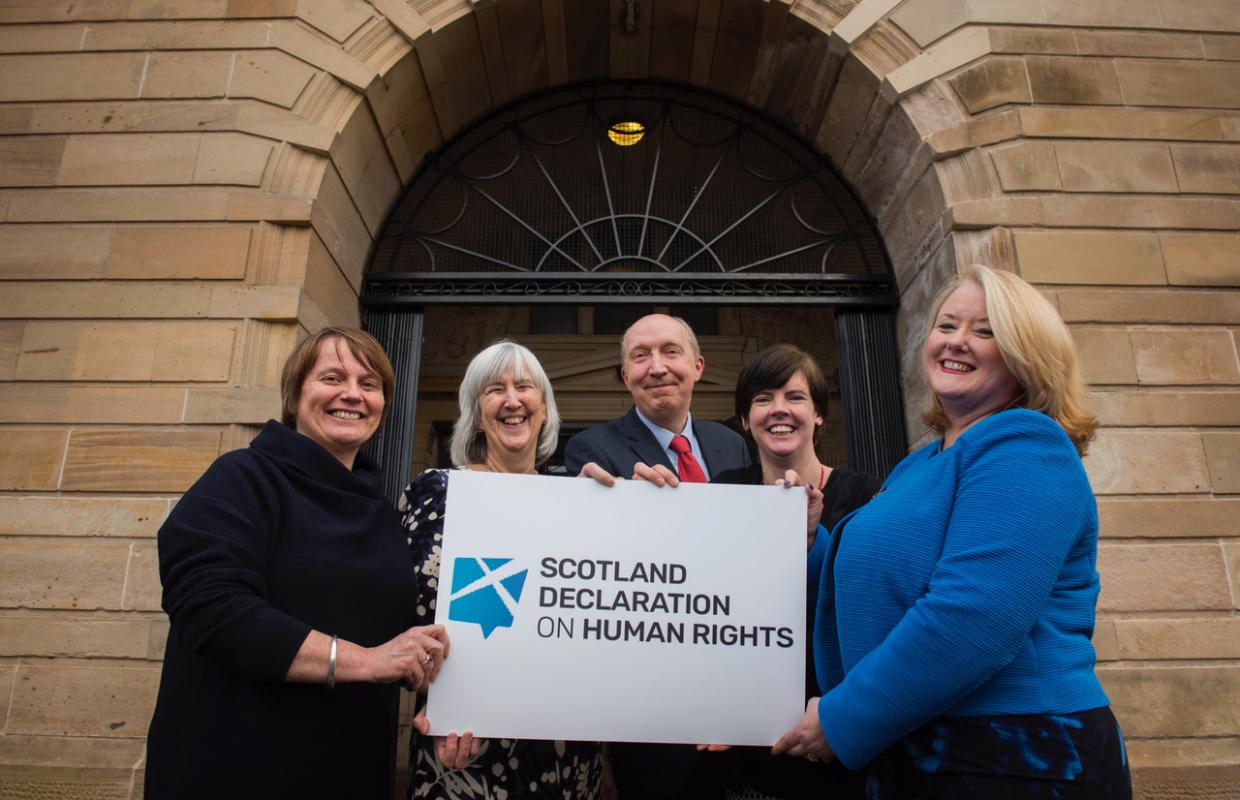 A NEW REPORT published by the Scottish Human Rights Commission outlines the findings of 2017 YouGov research which reveals that 54 per cent of those who voted ‘yes’ in the 2014 independence referendum are human rights supporters, compared with 32 per cent who voted ‘no’.

Only 17 per cent of Conservative voters were human rights supporters, compared with 49 per cent of SNP voters.

Broken down by voting preference, only 17 per cent of Conservative voters were human rights supporters, compared with 43 per cent of Labour voters, 46 per cent of Liberal Democrat voters, and 49 per cent of SNP voters.

In a joint statement, the organisations said: “We are delighted to see this strong level of support for human rights in Scotland. However, there is no room for complacency.

“There is still work to be done to demonstrate the value and importance of human rights to everyone in their everyday lives – particularly when it comes to showing those who are not yet persuaded that human rights can and do make a real positive difference to our society.”

With this in mind, a declaration inspired by the Universal Declaration of Human Rights, which celebrates its 70th anniversary this year, has been drawn up and signed by over 100 organisations in Scotland so far.

With signatories including trade unions, faith groups, national charities and professional bodies such as the British Medical Association and Scottish Football Association, the declaration calls for Scotland to be a “leader and not a laggard in human rights”.

Supporters of human rights were found to use the most varied media sources to find out about human rights.

The accompanying research report indicates a significant level of ambivalence around human rights, with differences in attitudes associated with where people access information on human rights.

Supporters of human rights were found to use the most varied media sources to find out about human rights, and the most popular newspaper among this group was The Guardian, while the Sun and the Daily Mail were found to be more popular among those who were opposed, conflicted or disengaged.

The joint statement released on Monday said the organisations were concerned about a potential loss of human rights protections for rights as a result of leaving the EU, and about “the impact of the persistent negative rhetoric around human rights in parts of the UK, particularly in politics and the media”.

The statement continued: “We are therefore calling on law and policy makers to show leadership in these challenging times, taking all possible steps to protect rights and equality for everyone, and putting Scotland on the map as a world leader on these issues.

“It is extremely heartening to see so many organisations, from right across Scottish civil society, join us in making this call.”