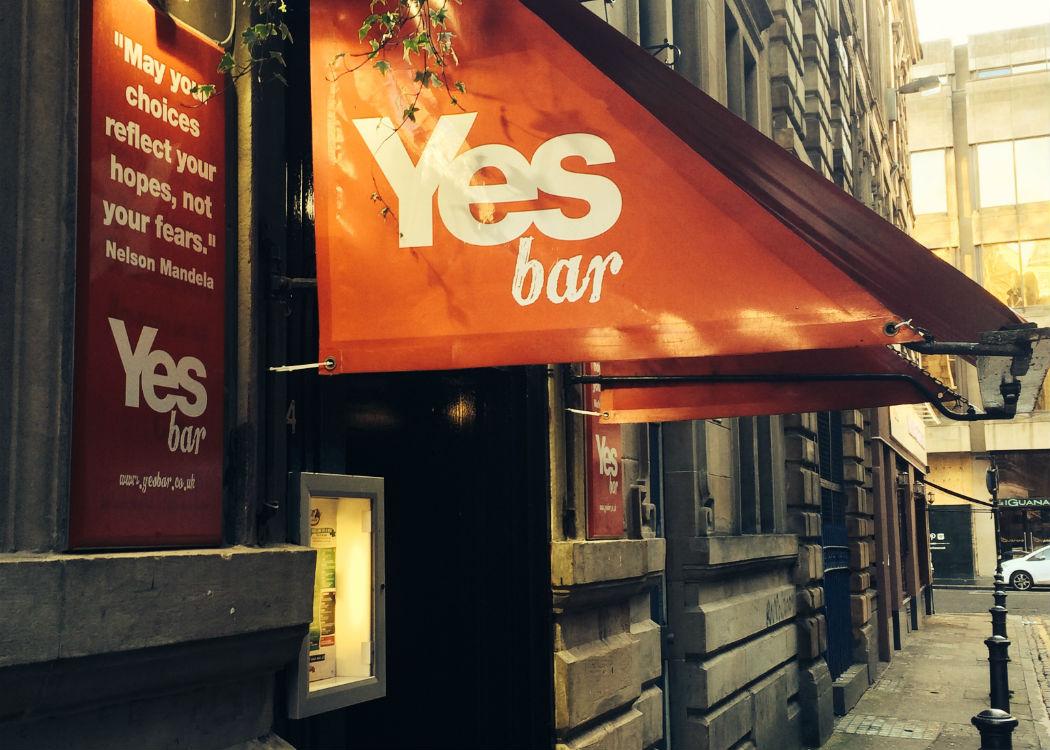 Success could lead to permanent hubs

Glasgow’s pro-independence YesBar has announced plans for expansion across Scotland in the run up to May’s General Election.

The bar on Drury Street, rebranded during the independence referendum and quickly became a hub for Yes supporters.

Owner Jim McLaughlin is now searching for other pubs to follow his lead in taking a political stance and hopes he can convince other owners to take the Yesbar name between 11 April and 9 May.

“We want to do our bit for this campaign, the same as we did with the independence referendum, to get as many pro-independence MPs into Westminster,” Mr McLaughlin told STV.

“We feel we can provide a hub for activists and ‘Yes Alliance’ groups to meet for campaigning and General Election activities.

“A pub can be the heart of some communities. The Glasgow Yesbar became a real hub during the independence referendum,” he added.

McLaughlin says he will provide interested venues with a rebranding kit that includes signage, posters and flyers, plus a supply of their ‘Yesbar 45 IPA’ and soon to be launched ‘Yes Lager’.

If any venues are interested, then YesBar have pledged to provide full backup, and will consider helping them to become a full time Yesbar if successful.

“It has been very successful for us in Glasgow. This is a way to test the market elsewhere. If publicans are brave enough to stand up and say they’re a Yesbar, there might be real financial benefits,” said McLaughlin.

The SNP is currently polling at over 50 per cent and is tipped to win the majority of Scotland’s Westminister seats on the 7 May vote.