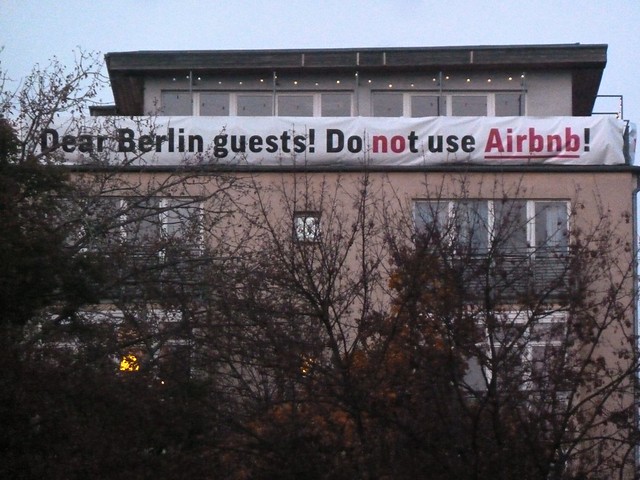 Wightman, who has campaigned for short-term lets regulation since entering the Scottish Parliament in 2016, said the debate had been “bedevilled by misinformation”

THE Scottish Parliament has voted to amend short-term lets campaigner Andy Wightman MSP’s proposals to regulate the sector in the Planning Bill, introducing changes which the Edinburgh MSP described as a “worse than the status quo”.

The vote is part of three days of debate over amendments to the Planning Bill at Holyrood, with Conservative and SNP MSPs backing Tory MSP Rachael Hamilton’s amendment which Green, Lib Dem and Labour MSPs all described as a “wrecking” operation.

Hamilton’s amendment designates a “control area” where minister can introduce short-term lets regulation, something the Borders MSP described as a “more flexible approach”. 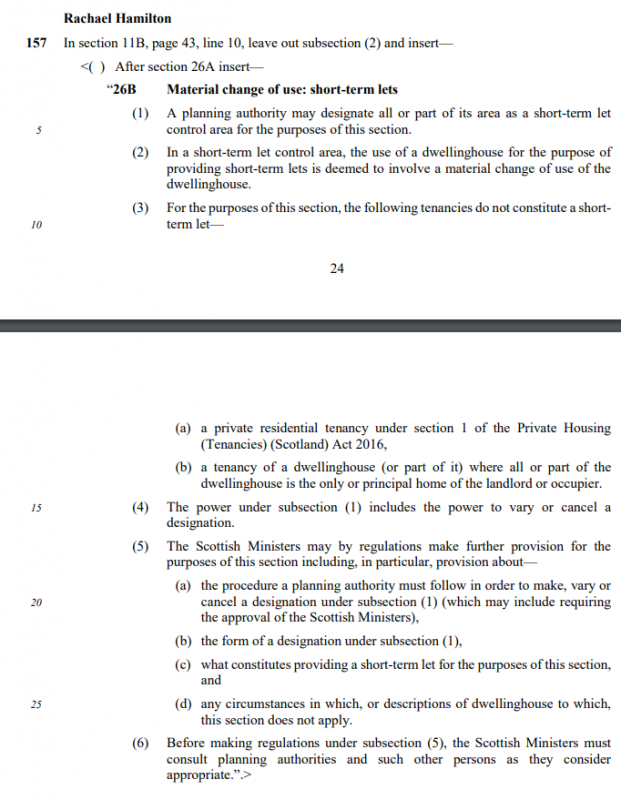 Ross Greer, Scottish Greens MSP tweeted after the vote: “It’s done. By 87 votes to 33, the SNP and Tories have taken the side of AirBnB over residents across Scotland, who are being forced out of their communities by short term lets.”

Wightman’s original amendment was initially passed at stage 2 of the Planning Bill. It would have seen all those who let out their property and do not use it as their main residence have to apply for permission to change the property’s legal status with planning authorities, who would then be able to make a decision based at least partly on the needs of the local community about whether it should be used for short-term lets.

The short term lets sector is dominated by digital platform company AirBNB, with data in April revealing one AirBNB for every 48 residents in Scotland’s capital, compared to one for every 105 residents in London.

Kevin Stewart, Housing Minister, said he was “very aware” of the concerns there are over short-term lets but it needed to be balanced with “the economic benefits of the tourism industry”.

Stewart criticised Wightman for stating in the chamber that he was proposing a “modest” change to regulations, arguing that it would cost planning authorities and Councils over £5 million in total to administer the changes.

Stewart then went on to say that “what is right for Edinburgh is not a national difficulty”. He backed Hamilton’s amendment, echoing the Tory MSP’s point that “it gives the flexibility in different areas, and gives flexibility to parts of areas within local authorities”.

An exasperated Wightman rounded up the debate by saying he was “beyond despair” with the way in which the argument against a full regulated short-term let sector had been made, saying the debate had been “bedevilled with misinformation” and that “promises to work together had been broken”.

He added that representatives of the short-term let industry had been given a copy of Hamilton’s amendment before he had it, despite the amendment referring to his proposal.

“I was in the strange position of having found out about the amendment from the short-term letting industry who knew all about it and thought it was a wonderful compromise.”

Hamilton then objected to Wightman’s claim that she had met industry lobbyists nine times saying she had not, but the Edinburgh MSP later tweeted out screenshots of the nine meetings.

For the record. Rachael Hamilton’s meetings with short-term let industry after she denied meeting them on 9 occasions pic.twitter.com/Wy7LIdWtqq

Wightman said industry lobbyists had won “an anodyne amendment that is worse than the status quo”.

The Scottish investigative journalism platform the Ferret revealed in January of this year that Halogen, a public relations firm hired by Airbnb, had met with MSPs, ministers and Scottish Government special advisors 28 times since March 2018.

Wightman said following the debate: “Since I was elected I’ve been working hard to support my constituents whose lives have been made a misery by the dramatic increase in short term lets. It’s hugely disappointing that the SNP has teamed up with the Tories and yielded to industry lobbyists, to the continued detriment of the health and wellbeing of many folk.”

The Edinburgh Greens MSP had written in Edinburgh Evening News on Tuesday that short-term let industry “ran a sustained campaign of misinformation and downright lies about the impact of my amendment.”

The Scottish Government has started a new consultation on regulating short-term letting firms (as opposed to regulating their use in the housing stock). The consultation runs until 19 July.