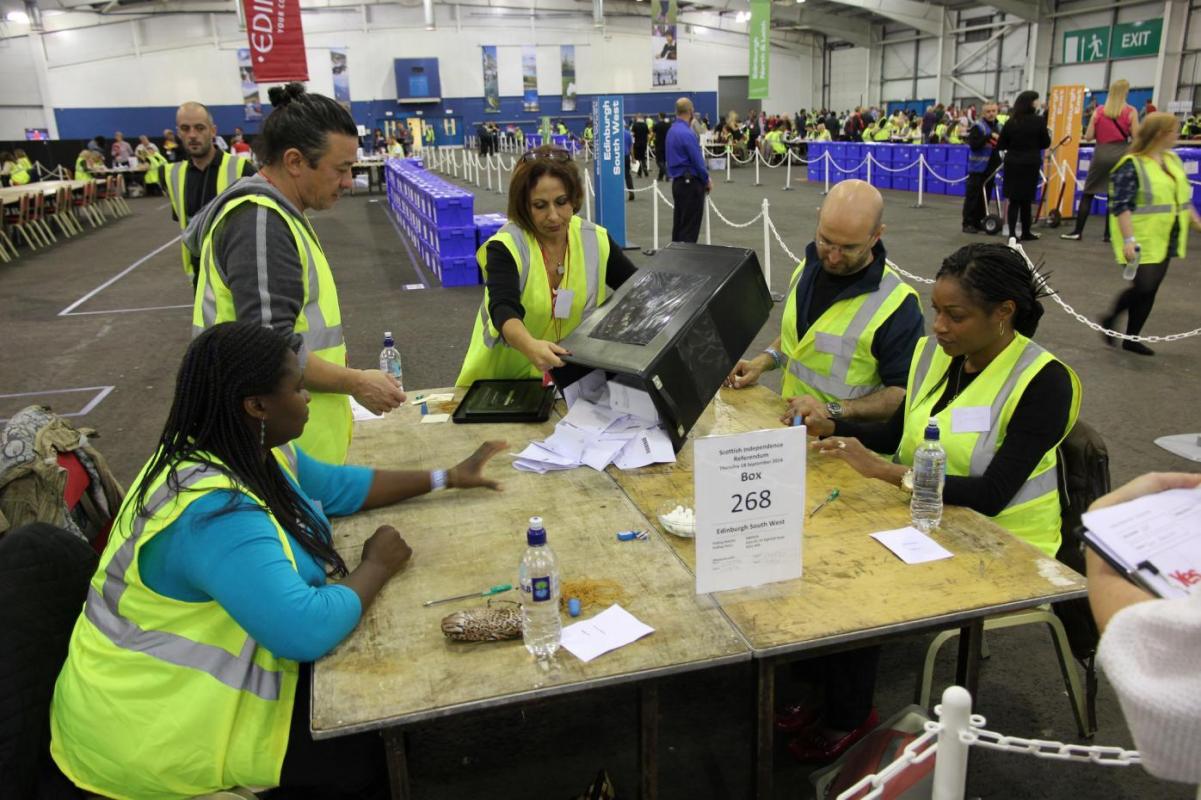 THE LARGEST survey focused on Scotland’s independence referendum has found that a majority of young people and those on lower incomes voted Yes to Scotland becoming an independent country.

The poll of over 5,000 people was released today by political researchers and found that age, social class and identity were all significant factors in how social groups voted in last September’s referendum.

In figures covered by The Daily Record, every age group under 50 recorded a majority in favour of independence. The highest support for independence was amongst 16-19 years olds at 62.5 per cent. (Click here to see more).

The lowest support for independence was among those over 70 years old, where around one in three voters supported change.

Voters who identified as ‘working class’ also supported independence by 53.6 per cent in favour to 46.4 per cent against. 56.5 per cent of those on the lowest incomes voted Yes in the survey.

The lowest support for independence was among those over 70 years old, where around one in three voters supported change.

Top and middle earners, as well as those who identified as ‘middle class’, were more likely to oppose independence when surveyed.

National identity also provided a strong correlation to political views on independence. While only 10 per cent of those who considered themselves only ‘British’ supported a Yes vote, 88.6 per cent of people who identified as ‘Scottish’ voted in favour.

Men were more likely to support independence than women. A narrow majority of men voted in favour of independence at 53.2 per cent, while only 43.4 per cent of women voted Yes.

The survey conducted by the University of Edinburgh also found that those from a catholic faith or those who were atheists were more likely to support independence compared to those from a presbyterian background.