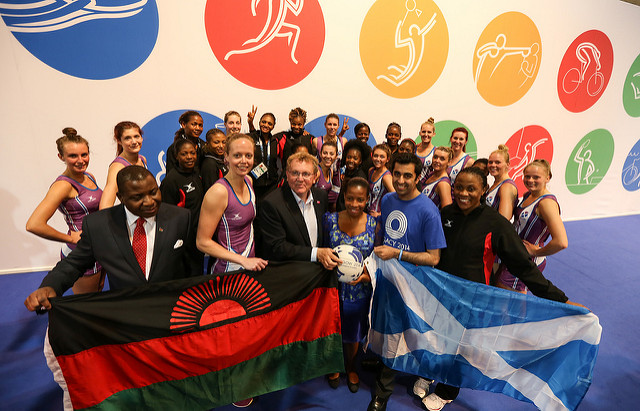 THE SCOTLAND Malawi Partnership will hold its Youth Congress at Hampden Park in Glasgow on Tuesday as part of the Year of Young People, themed around the topics of “fake news”, media bias, social media use and youth voice.

As one of a range of media partners involved in the event, CommonSpace will be represented at the day’s media-focussed activities by editor Angela Haggerty.

The Youth Congress will also celebrate the links between Scotland and Malawi, which the charity supports through its work with over 1,150 Scottish organisations and key individuals with Malawi links, representing over 94,000 people in Scotland with active links to Malawi.

Around 300 secondary school pupils are expected to attend the congress, where they will learn about Malawi, discuss how they can use their voice to make a difference, and have the chance to quiz experts from the media, Scottish Government and the Department for International Development (DFID).

“For over 150 years, our people have worked together to further improve the lives and life chances of those living in some of the world’s most vulnerable communities.” Alasdair Allan MSP

David Hope-Jones, chief executive of the Scotland Malawi Partnership said ahead of the event: “It’s hugely inspiring to bring together so many young people from across Scotland, each with their own partnership with Malawi.

“More than 250 Scottish schools currently have links with Malawi, ensuring each new generation has the chance to be a part of the unique people-to-people friendship which has united our two countries for more than 150 years.”

The day’s activities will be introduced by a speech from minister for international development and Europe Alasdair Allan MSP, with a special video message of support from First Minister Nicola Sturgeon.

Allan commented: “Scotland continues to have a special link with the people of Malawi. For over 150 years, our people have worked together to further improve the lives and life chances of those living in some of the world’s most vulnerable communities.

“As we mark 2018 Year of Young People, I commend Scotland Malawi Partnership for bringing together young people from across Scotland to reflect on our links with Malawi and celebrate the enduring relationship our two nations enjoy.”

The young people will be supported to critically reflect on the media they consume, with a workshop on “fake news” to be delivered by Alistair Brian of The Ferret and media workshops featuring representatives from CommonSpace, Cable Magazine, The National, Al Jazeera, The Skinny, Heart Radio, and STV.

A panel session on international development and the Scottish media will hear from these media experts, alongside government and Scotland-Malawi representatives, before being joined by 20 other experts with whom the young people will have the chance to speak.

Alicia Herbert, head of children, youth and education for the Department for International Development said: “We recognise the benefits of fostering links between young people in the UK and around the world, and we are supportive of the great work of the Scotland Malawi Partnership in this area.

“DFID and the British Council’s Connecting Classrooms programme aims to increase their knowledge of development issues and help them become effective agents of change. With our joint headquarters in East Kilbride, we are strongly committed to working both in Scotland and across the world, and to employing young Scottish people through our apprenticeship and graduate schemes.”

Enock Bamusi of the Association of Malawians in Scotland said: “I look forward to meeting the youth from Scotland and to finding out and understanding what they think about Malawi and the relationship between Scotland and Malawi. Young people look at things and understand things differently, and in a more helpful way. As such, it is important that their voice is heard and included.”

Throughout the day, young people will be encouraged to create and share their own video content and use this to take part in a national video competition after the event.