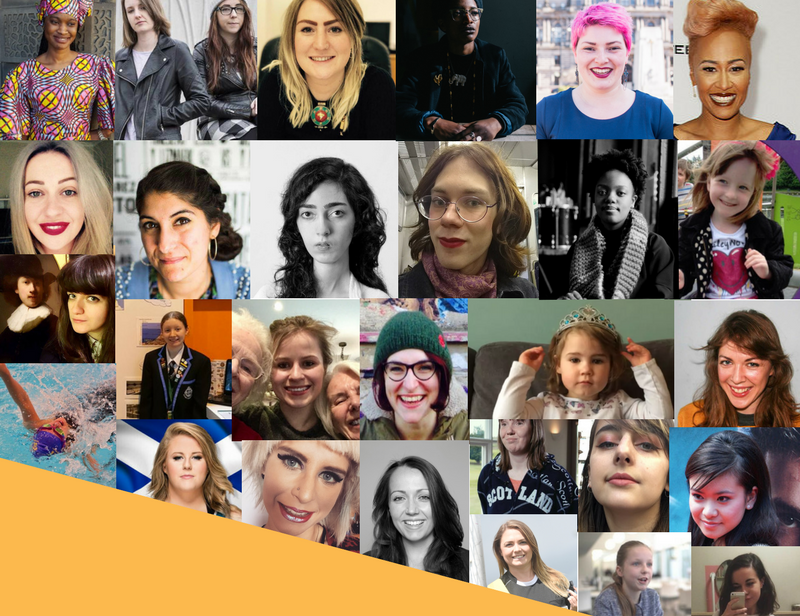 THE YOUNG WOMEN’S MOVEMENT (YWCA Scotland) has released its second annual 30 under 30 list – originally inspired by the Forbes 30 under 30 list – which recognises women and girls from or living in Scotland who were nominated by members of the public for their achievements.

Described as an “unofficial, but totally inspiring list of amazing sheroes”, the list celebrates women aged three to 30, in a diverse range of fields such as music, art, politics, activism, media, science, and social enterprise.

From Neneh Bojang, FGM activist and carer originally from The Gambia, to Alice Thompson, co-founder of Social Bite, to pro-wrestler Kimberley Benson, to eight-year-old Naomi Gwynne who wrote to her local council to request an accessible swing be installed for her disabled twin brother, the list recognises women who have achieved and inspired in their own unique ways.

Kara Brown, Director of YWCA Scotland explained why the organisation established the list last year: “When we spoke to women across the country in our Status of Young Women in Scotland research, one of the most frequent concerns raised was a lack of visible Scottish role models.

“As one young woman said, ‘We need more role models; you can’t be what you can’t see!’ 30 Under 30 highlights just how many impressive and influential young Scottish women there are for us to celebrate.”

The list of 30 women was announced on Tuesday, and one person from the list will be featured on the Young Women’s Movement website each day throughout November.

CommonSpace spoke to some of the 30 under 30 about what appearing on the list means to them, and why recognition of young women’s achievements is so important. 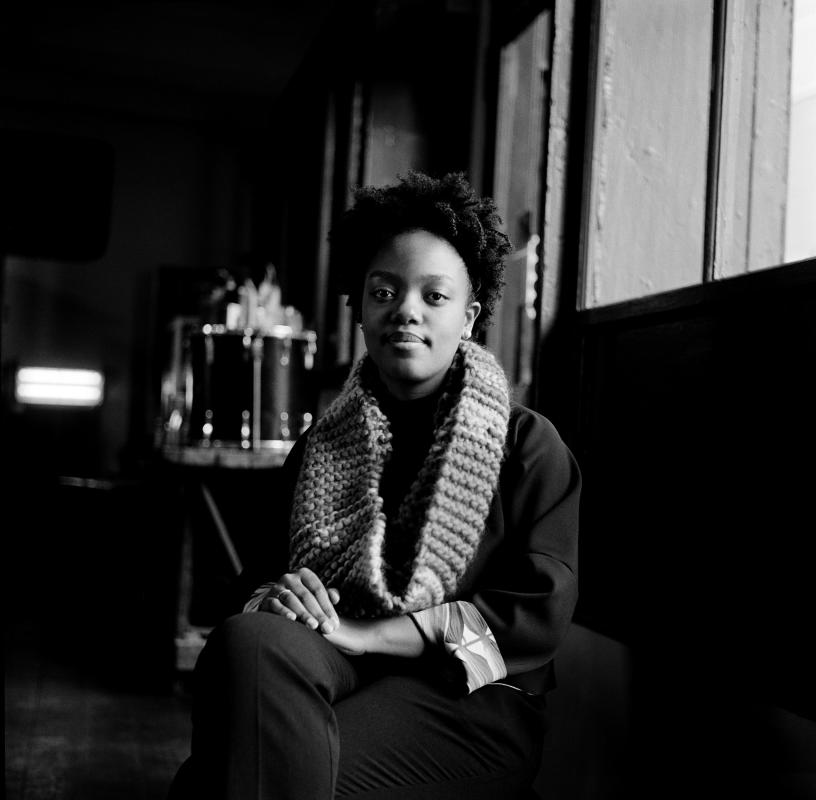 Being selected as a 30 Under 30 is an honour. It is my most important achievement thus far.

I hope that by shining my light a little bit alongside the 29 other fabulous young women on this list, we give other young women permission to stop playing small and the motivation to be their authentic selves in order to reach their dreams. The work continues. 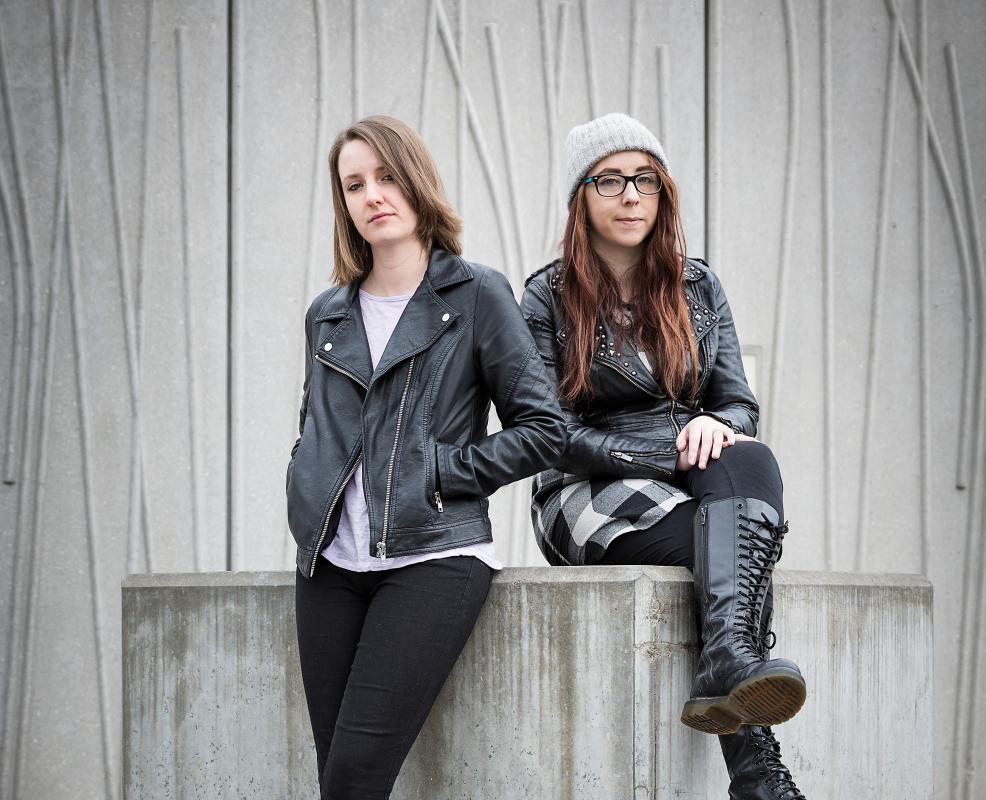 We’re delighted to be on the Young Women’s Movement 30 Under 30 – this year through publishing Nasty Women we’ve been lucky enough to work with an incredible group of women in telling their own stories, and travelling across the UK to meet many hundreds of women empowered to do the same after reading these important accounts on being a woman today.

One of the biggest takeaways we’ve found this year through Nasty Women is that incredible, talented women can often doubt their own abilities and their voices, and talk themselves out of what they hope to do – the work of the Young Women’s Movement and others to recognise women in this way is fantastic in underlining the incredible work and impact women are having, and celebrating that.

To be part of this list is very humbling and exciting, and we hope those who have seen what 404 Ink has been able to do from a spare room are encouraged to pursue their own goals without fear or doubt. 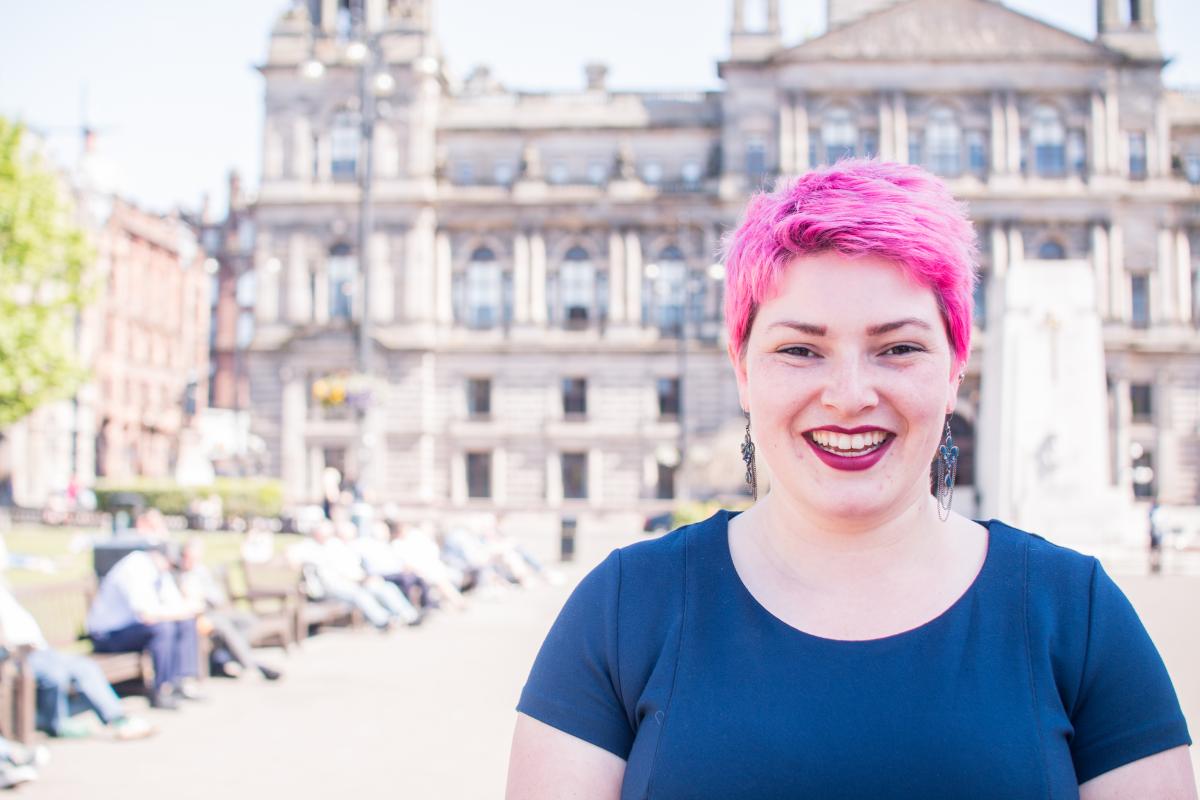 I’m so delighted to have been nominated in the 30 under 30 list and I feel especially proud because the young woman who nominated me is someone I’ve been mentoring over the past few years.

I am where I am because I’ve had amazing women mentors in my life, and I’m working hard to pass that on. Young women need people to invest in them with time, energy and resources, enabling them to unleash their power into a world that sorely needs it. 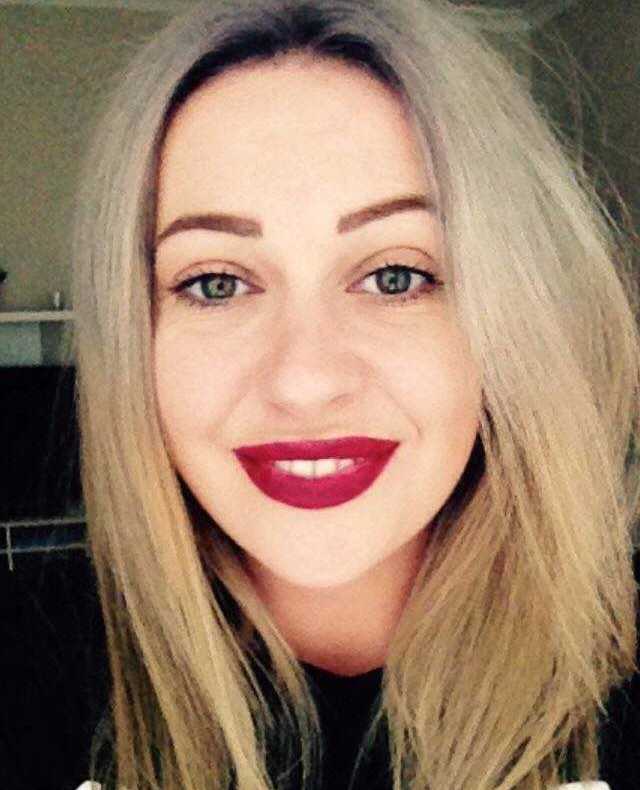 I’m delighted to have been chosen for Young Women Scotland’s 30 under 30 list, alongside so many accomplished young women that I admire.

Young Women Scotland is a gem in Scotland’s campaigning crown; centring young women and creating spaces where their voices can be heard.

Initiatives such as 30 under 30 celebrate women for their achievements, and are a great example to girls in Scotland that – with the right support – they can achieve anything. 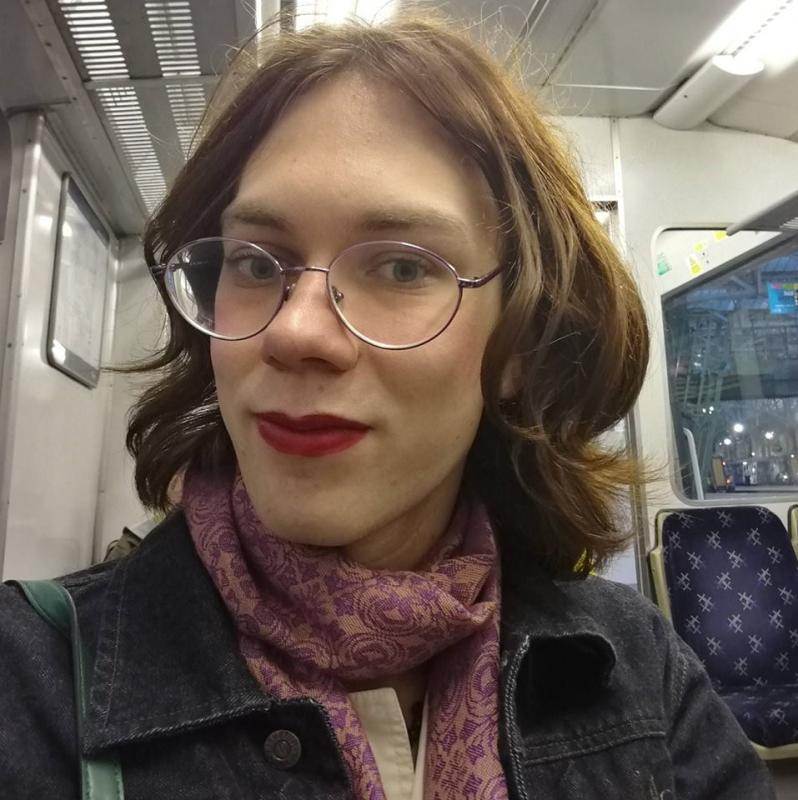 I feel honoured being on the list, especially as a trans woman – we are too often excluded from women’s spaces or at the very least, steps are not actively taken to ensure we feel included and welcomed, as women.

This kind of recognition for young women is important because there are so many amazing woman doing great things to work towards a better world, and all too often they are overlooked in favour of men, having to achieve so much more to achieve the same level of recognition.

It is important for girls and young women to have role models, especially ones who reflect them – far too often, it is the white, middle or upper class, straight, cisgender, not disabled, and conventionally attractive women in the spotlight, or the focus is on women’s appearance and status as sexualised objects rather than our accomplishments.

What does this tell girls about what their place is in society, especially those of us who don’t conform to society’s expectations? 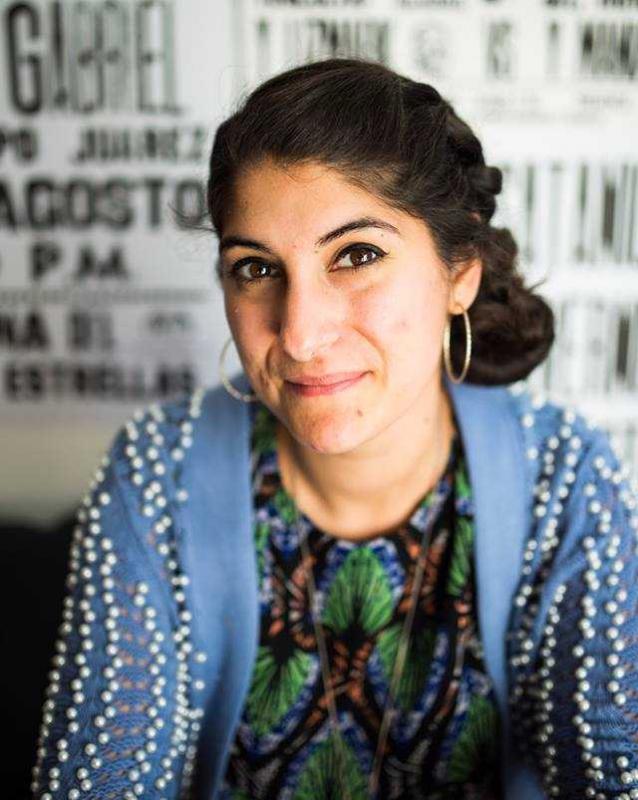 It’s an incredible honour to be recognised on this list of young women in Scotland working hard to make a difference.

Often, as young women, it can be difficult to be heard, and others may underestimate our power or contributions – so a list like this is vital in signalling the significant work and impact of women change makers under 30 in Scotland today.

In particular, I hope that the list provides inspiration, confidence and encouragement to other young women, and that it indicates to them that their unique voices are valued, and there is courage – and reward – in embracing them. 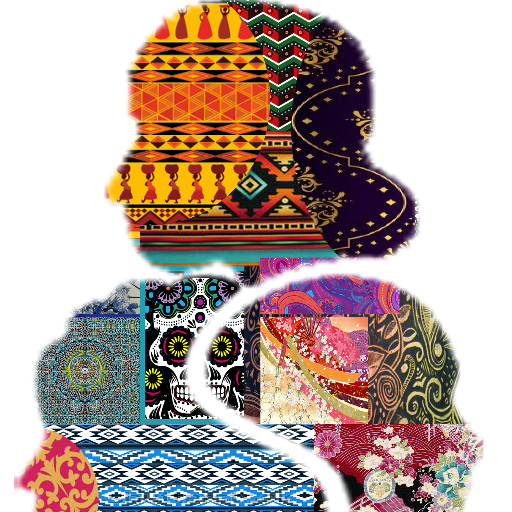 We feel very honored to be nominated by members of the public for the Young Women’s Movement 30 under 30 award. This nomination inspires us to continue doing this work with an even bigger zeal as the recognition we received is very important to us. We are one of the few organisations that offer a group space specifically for girls and young women from Black and Minority Ethnic backgrounds to come together and feel accepted and heard.

Young Saheliya offers holistic services to young people across Edinburgh and Glasgow. The work that we do is unique, as we create a sense of community within our space, by reflecting on the needs of the girls and young women that access our services. It is extremely important to recognise girls and young women through these kind of initiatives, as they are the ones who are able to shape their future and the ways they want be represented.

By giving the platform to girls and young women to be seen and be heard, this empowers them to implement the change they want to achieve in society.