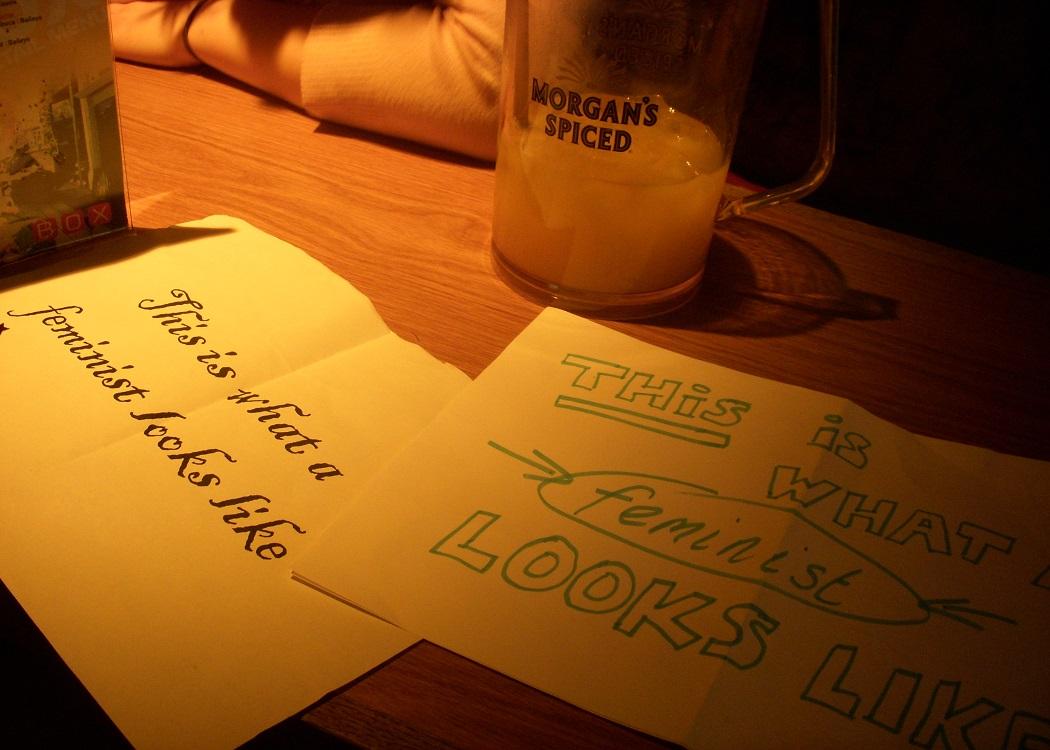 THE use of the F word usually upsets misogynists but it also gets all sorts of liberal types hot and bothered as well.

Whenever I tell people I’m a feminist I can see alarm register across the faces of some and that’s before religion enters into the equation. For some bizarre reason there are those who believe feminism is incompatible with faith which, in my view, is utter piffle.

Feminists come in all shapes, sizes, faiths, no faiths and political views. What does unite us is the belief that women still have an uphill struggle before we can enjoy full gender equality in the workplace, at home and in politics to name just a few places.

Leading feminists like Harriet Harman and Yvette Cooper have said not one public word to condemn his ghastly behaviour towards women: a teenage girl, his ex-wives and a whole host of wronged others.

How we tackle the huge gap between the treatment of men and women has left feminists (they do not belong to one single group or movement) divided.

Bridging that divide is a constant struggle but, more alarmingly, there are some of my ‘sisters’ who are selective when it comes to condemning misogyny and we’ve had a prime example in recent days with the tawdry antics of the tragically sad Labour MP Simon Danczuk .

Leading feminists like Harriet Harman and Yvette Cooper have said not one public word to condemn his ghastly behaviour towards women: a teenage girl, his ex-wives and a whole host of wronged others.

Yet around the same time as more sleazy revelations were pouring forth about the disgraceful Mr Danczuk, Cooper backed the campaign called Reclaim the Internet, warning institutions, political parties and social media platforms they should not tolerate aggressive misogynist behaviour by their members.

It was an ideal platform to have a go at Danczuk and was just one of many opportunities that have presented itself to her in recent weeks as he continues to promote himself as the victim.

Danczuk, MP for Rochdale, has been suspended from the Labour Party while an investigation takes place into his conduct with regard to the sexually explicit messages, for which he has apologised ‘unreservedly’.

In relation to a rape allegation , a spokesman for Lancashire Police said: “We can confirm that we have received a report of a historic rape dating back to 2006.”

He has denied the action as robustly as the allegations laid against Wikileaks founder Julian Assange have been denied – his case is said to be similar. Assange is still holed up in the Ecuador embassy in London more than three years in a bid to escape extradition to Sweden.

While the Blairite women have thundered their selective criticism of Corbyn’s perceived bad behaviour towards gender balance in his cabinet they have remained silent over Danczuk and his antics.

Swedish prosecutors have been trying since 2010 to question him about rape allegations, although he has never been charged. I have no idea of all of the details of either case, suffice to say when a woman says “no” she means “no” and if she’s incapable of answering – for example she is asleep – then the answer is still “no”. It’s not rocket science, is it? Sex without consent is rape.

Hundreds of thousands of words have been written by feminists of all stripes over the Assange fiasco but, to date, nothing has been written from the ranks of feminists in the UK about Danczuk until here, today in CommonSpace.

And it’s not just an issue of loyalty either – my goodness, the stampede of right-on women from the left who’ve stuck in the boot to Labour Leader Jeremy Corbyn for every political choice he’s made since he was elected is breathtaking.

No doubt following the SNP’s lead, he became the first political leader to unveil a gender equal shadow cabinet in Westminster, and yet far from being praised I listened in dismay as Harriet Harman, Angela Smith and a cabal of other Blairite women taking bitter swipes and sly digs at Corbyn during media interviews earlier in the week.

Have they forgotten that for the first decade serving under Prime Minister Tony Blair they were all over looked for the top jobs in a male dominated cabinet? For 10 whole years it was as though the female Labour MPs serving in his government didn’t exist and by 2009 Harman and Cooper were the only women serving in Blair’s cabinet.

And yet this week while the Blairite women have thundered their selective criticism of Corbyn’s perceived bad behaviour towards gender balance in his cabinet the so-called feminists inhabiting the Westminster Bubble and those who are part of the Metropolitan elite in London have remained silent over Danczuk and his antics.

This is doing a great disservice, and untold damage, to the sisterhood and exposing shocking double standards based purely on internal party bickering and nothing to do with promoting the feminist cause.

This is doing a great disservice, and untold damage, to the sisterhood and exposing shocking double standards based purely on internal party bickering and nothing to do with promoting the feminist cause.

I became a feminist as soon as I tasted the bitter experience of gender discrimination … which was at a very early age since I was born in a County Durham mining community where men were men and women came somewhere down the line between whippets, Sunday lunch, cold beer and racing pigeons – and yes, it was that bad in working class villages in the 1960s.

I will also acknowledge that since I embraced Islam a few years ago, sections of the community have been openly hostile when I declare I’m a feminist. I put it down to a few dinosaur clerics and misogynistic elders who have difficulty distinguishing their faith from their culture but I am damned if I will remain silent over blatant sexism and misogyny.

Gender discrimination in the Muslim community exists and I would be a hypocrite to say otherwise but it exists elsewhere as well. Perhaps if Muslim mothers paid as much attention to their sons as they do guarding their daughters’ virginity, disgraceful behaviour towards women would not be an issue.

Their double standards are not only destroying their party but they are giving weight to those who would attack feminism.

However, returning to Labour’s high profile feminists, perhaps Messrs Harman, Cooper et al should re-examine their actions over the last week. Their double standards are not only destroying their party but they are giving weight to those who would attack feminism.

A quick glance at the make up in the House of Commons shows gender discrimination is thriving in the London-based parliament and that can partly be blamed on the double standards within the Parliamentary Labour Party.