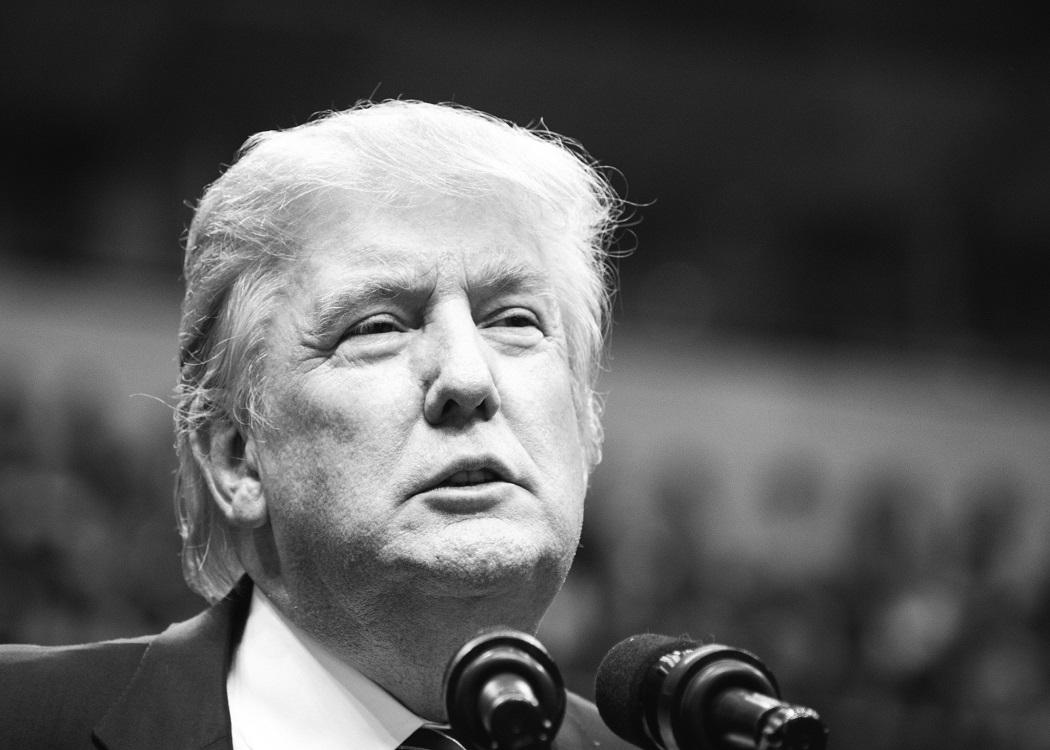 SCOTLAND’S first minister, Nicola Sturgeon, has been asked to use her influence to slapdown US presidential hopeful Donald Trump next time he visits Scotland.

While other US candidates seeking nomination in the Republican and Democrat parties have been left reeling and helpless by the outpourings of racism, bigotry and xenophobia unleashed in Trump’s speeches, it could fall on Sturgeon to silence the rambunctious billionaire.

British Home Secretary Theresa May has so far avoided the issue of saying she will ban Trump from coming to Britain although she has already excluded more than 100 people from entering the UK under hate speech laws, more than any previous home secretary.

It’s no secret that Donald Trump is a big fan of Scotland, where he has business interests and two golf courses.

Scotland’s first female Muslim MP, Tasmina Ahmed-Sheikh, has written to May urging her to exclude Trump, a call echoed by many other MPs in the House of Commons. In her letter, she called on the government to “lead by example” over Trump’s “Islamophobic and racist” remarks, which she fears will “inevitably lead to a rise in anti-Muslim rhetoric or Islamophobia”.

It’s no secret that Donald Trump is a big fan of Scotland, where he has business interests and two golf courses, but the tycoon, who has already had several bruising encounters in his dealings with the SNP-led government, may finally have met his match.

The first minister has already said: “Donald Trump’s comments are obnoxious and offensive, and have rightly been condemned by people across the political spectrum, in the United States and elsewhere. Mr Trump’s views are repugnant, and they clearly do not represent the mainstream views of people across America.”

However, Sturgeon is now being asked to investigate ways of wielding her political might to curtail Trump’s activities in Scotland, including his business activities.

SNP politicians from Westminster to Holyrood have already been urged by constituents to ask Sturgeon to intervene and tell the billionaire he’s no longer welcome despite his multi million dollar business investments.

Sturgeon is now being asked to investigate ways of wielding her political might to curtail Trump’s activities in Scotland, including his business activities.

“It is unlikely that this Tory government will act against a billionaire bigot. Money might talk in London but harsh words from Sturgeon telling Trump he’s no longer welcome could have a greater effect on The Donald,” said one Westminster observer.

“He has invested millions in Scotland through his golfing interests but if the SNP sends him a ‘you’re-not-welcome-message’ that will have more of an impact.”

Trump is the leading contender according to some polls to become the Republican party’s nominee for US presidential candidate, such is the growth of his popularity in America among right wing voters, but his latest call for a “total and complete shutdown” of the country’s borders to Muslims in the wake of the San Bernardino terrorist attack has outraged many millions of Muslims and their supporters around the world.

While he has so far shown nothing but contempt towards his detractors – including US President Barack Obama – Trump might be forced to sit up and listen if Sturgeon takes him to task. He needs the goodwill of the Scottish Government and its people to drive ahead with his plans for the development and growth of his golfing interests in Ayrshire and Aberdeen.

Trump might be forced to sit up and listen if Sturgeon takes him to task.

Meanwhile, some Scottish citizens are pushing ahead with their own initiatives in a bid to silence Trump. Suzanne Kelly from Aberdeen, who strongly objected to The Trump International Golf Links at Menie in Aberdeenshire which has divided opinion for many years, has now launched a petition to ban Trump.

The petition asks the British government to block Trump from entering the UK. Citing his hate speeches in which he has described Mexican immigrants as rapists and his derogatory comments about Muslims, her petition calls on Trump to be banned “from UK entry for his continued, unrepentant hate speech and unacceptable behaviour. His unacceptable behaviour is well documented, and we feel it foments racial, religious and nationalistic intolerance which should not be welcome in the UK”.

Elsewhere, another petition calling for Donald Trump to be stripped of an honorary degree awarded by an Aberdeen university has also been signed by thousands of people. More than 3,500 people have signed the petition, which accuses the tycoon of “hate speech”.

And Harry Potter author JK Rowling said in a tweet on Tuesday morning that arch villain Lord Voldemort wasn’t nearly “as bad as the business mogul”.

The online petition states: “We respectfully request that Robert Gordon University strips Donald Trump of the honorary degree it bestowed on him with immediate effect. Why is this important? We feel that Donald Trump’s unrepentant, persistent verbal attacks on various groups of people based on nationality, religion, race and physical abilities are a huge detriment to RGU.”

On receiving his honorary degree, Trump said it was “a great university and a great honour”, but not everyone was pleased. At the time, David Kennedy, principal of RGU between 1987-1997, said he was “appalled”.

Trump’s South Caroline speech coincided with the 74th anniversary of the Japanese attacks on Pearl Harbor that eventually brought America into WWII. While saying that his ban was “probably not politically correct, but I don’t care”, other rival presidential candidates said it was proof Trump is “unhinged”.

He needs the goodwill of the Scottish Government and its people to drive ahead with his plans for the development and growth of his golfing interests in Ayrshire and Aberdeen.

Trump’s television, business and political achievements have been pockmarked by a series of outrageous statements and hyperbole which have little or no foundation. His long distance relationship with facts and the truth seem to matter not among his army of supporters as he bids to become the next president of the United States.

One Holyrood observer said: “He already raised Sturgeon’s hackles after he criticised the newly elected Canadian Prime Minister Justin Trudeau for hiring 50 per cent of women to his cabinet. When asked if he would do the same if he became US President, he said ‘no’. He is a windbag and although he is riding high in a few polls this will not influence the first minister.”

Trump has already had several skirmishes with the Scottish Government over off-shore wind farm licences granted near one of his golf courses. Using money, lawyers, and the social networks, he sued to block the wind farm, pushing legal challenges all the way to the Scottish Supreme Court.

In June this year he launched a blistering attack on Alex Salmond over the government=approved offshore windfarms near his golf course, Trump Turnberry, in Ayrshire.

He called Salmond a “stupid bull”, before brushing aside the legal tussle as temporary, and declared his Aberdeenshire course to be poised to become the permanent home of the Scottish Open golf tournament.

Meanwhile, some Scottish citizens are pushing ahead with their own initiatives in a bid to silence Trump.

Hosting the Scottish Open, one of the biggest events on the sport’s European Tour, would be a major coup and while tour officials said no final decision had been made on its venue from 2017, Mr Trump insisted the parties were already on the “final documents”.

His upbeat tone and Turnberry acquisition mark something of an about-turn from past declarations that his company would focus all of its investment outside Scotland because of plans for an 11-turbine wind farm off the Menie shore.

Vowing to appeal and overturn the go ahead of the PS230m European Offshore Wind Deployment Centre, Trump said he was confident the project would not proceed and hit out at Scotland’s former first minister for what he said was the stubborn folly of pursuing the “obsolete” technology of wind power.

“I call him a stupid bull. He doesn’t stop and he’s stupid,” said Trump, insisting (wrongly) that subsidies for wind power were sending Scottish taxes “literally through the roof”.