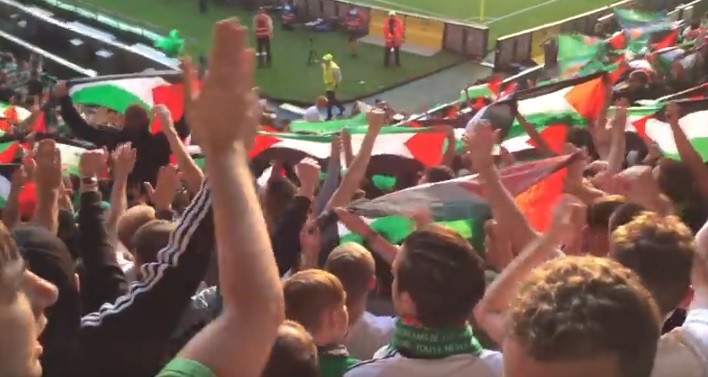 THE heroic actions of thousands of Celtic football supporters the other night reminded me of some wonderfully inspiring lyrics from Bob Dylan’s album The Times They Are a-Changin'.

Fans of the Scottish champions were ordered not to fly Palestinian flags during a match between Glasgow Celtic Football Club and Israel’s Hapoel Be'er-Sheva, but despite the Uefa diktat thousands of the flags were defiantly waved around the stadium.

Now Celtic FC faces a penalty from the European governing body of the sport after the mass flag-waving show of defiance during the Champions League playoff which saw Celtic storm to a 5-2 victory.

Rather than admonish the club, Uefa should be heaping praise on those fans who used their sporting platform to highlight the injustices of what is happening to the Palestinian people.

Rather than admonish the club, Uefa should be heaping praise on those fans who used their sporting platform to highlight the injustices of what is happening to the Palestinian people just as others had done in the bad old days of Apartheid South Africa.

As I say, the sight of this mass resistance took me back to the lyrics in Dylan’s album, his third, which was ground-breaking in as much as it tackled poverty, racism and social issues and tried to prick the social conscience of the hedonistic 1960s.
They read:

What you can't understand

Your sons and your daughters

Are beyond your command..

So when you get a stadium full of football fans displaying a collective social conscience over the plight of a group of people thousands of miles away, I’d say yes, indeed the times are a-changin’ and for the better.

If Uefa goes ahead and fines the Scottish club it will expose double standards at play in the sporting world. The organisation’s Control, Ethics and Disciplinary Committee fined Celtic two years ago when fans also waved Palestinian flags during a match. The committee took action based on Article 16 (2) (e) of its regulations, which forbids political, ideological and religious messages at sports events.

However, the same disciplinary committee regularly turns a blind eye to the racism and violence meted out by some of Israel's fans at home and away. Palestinian or Muslim footballers playing in matches against Beitar Jerusalem have been met with chants of "death to Arabs" from the stands; as far as I'm aware, Uefa has failed to take any action against the club and its fans. 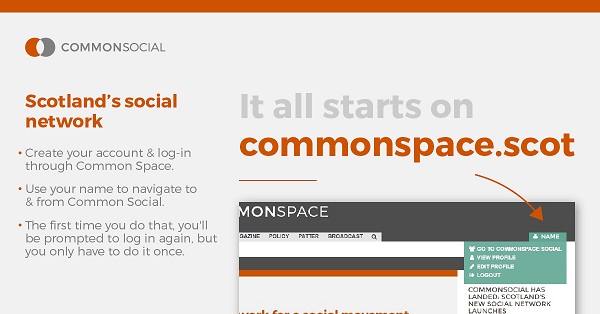 Furthermore, thugs in the crowd at Beitar — encouraged by the silence of the Israel Football Association to sanction the club for its fans’ behaviour — continue with their abuse. As a result, Beitar remains a sanctuary for racism in Israel. Its fans wave banners proclaiming "Beitar forever pure", which is their way of pointing out that it does not sign any Arab players even though 20 per cent of Israeli citizens are Palestinian Arabs.

The Israeli FA not only remains silent when attacks against Palestinian sports are committed routinely, but it is also complicit with the occupation, having accepted five teams from illegal Israeli settlements.

All of this is not lost on ordinary football and sporting fans around the world who refuse to be silent about such injustice. Many believe that sporting events should be used as platforms to promote peace and not to whitewash the occupation of Palestinian lands or the brutal actions of an apartheid state.

The fans of Celtic FC may be ordinary men and women, but they are extraordinary human beings for standing up for justice.

The democratic world should also add pressure on Israel through the Boycott, Divestment and Sanctions (BDS) movement until Palestinian athletes are free to train, play and compete at the highest levels of international sport without being impeded or having their training or equipment stopped by Israeli oppression.

The amazing show of support for Palestinians this week was organised via a Facebook group called 'Fly the flag for Palestine, for Celtic, for Justice'. Organisers called on Celtic fans to support the BDS movement and oppose what they called "Israeli apartheid, settler colonialism and countless massacres" of the Palestinian people.

"When someone represents Israeli institutions it is sadly never merely a game," they said. "Football, Uefa, and Celtic FC are being used to whitewash Israel’s true nature and give this rogue state an air of normality and acceptance it should not and cannot enjoy until its impunity ends and it is answerable to international law and faces sanctions for the countless UN resolutions it had breached."

During its apartheid years, South Africa, where most sports were segregated based on race, found itself barred from the Olympics, suspended from world football and excluded from cricket tours. International rugby teams also came under strong pressure to stay away. 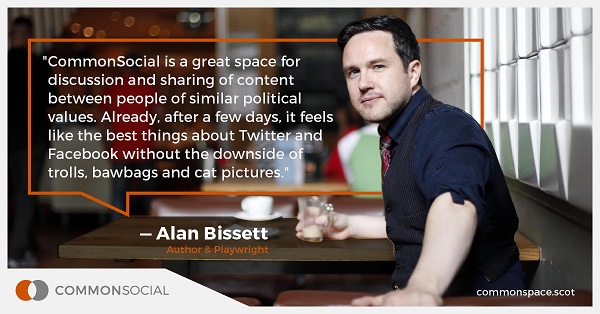 Until similar sporting boycotts are imposed on Israel it seems that the Zionist state will continue to persecute and target Palestinian athletes. If Palestinians cannot play sport freely, then the world's governing bodies will be seen as legitimising Israel's continued occupation, oppression and apartheid policies.

The fans of Celtic FC may be ordinary men and women, but they are extraordinary human beings for standing up for justice.

Instead of collective punishment, Uefa should consider awarding them a medal for courage and compassion. And then we will really know that the times are a-changin’.