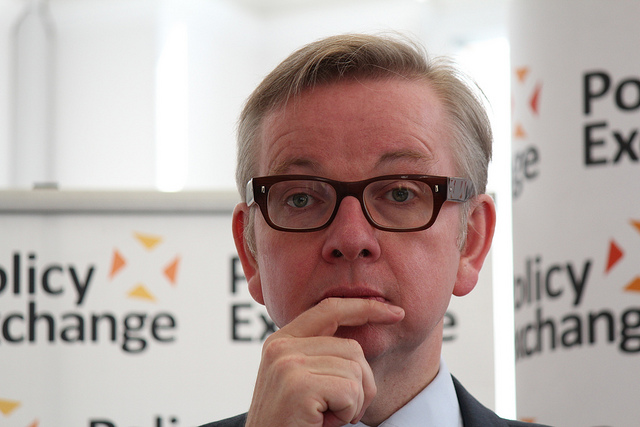 CommonSpace columnist Yvonne Ridley says it’s up to you: would you rather read MPs writing nonsense in the Sun or experts who know their stuff?

I AM NOT surprised Labour MP Sarah Champion distanced herself from the hateful drivel published in her name in The Sun about Britain’s “problem” with “British Pakistani men raping and exploiting white girls”.

However, to be brutally frank, the column carried her photograph and byline and she should have demanded to see the final proof before it went in to print. The Sun is known for its Islamophobic position so quite why a senior politician with an equalities portfolio would write for it defies logic.

What we do know is that words pulled together in her name were then “polished” by a Sun journalist. One thing that 40 years in journalism has taught me is that many politicians can not string two words together whether on their feet or writing a newspaper column.

As a result there are those of us who ghost write for politicians while teams of parliamentary speech writers make their words sing, giving the impression to the voting public that the person they elect is an articulate individual who has amazing presentation skills alongside limitless verbal dexterity.

The weekly charade that is Prime Minister’s Questions in Westminster exposes those backbench MPs who spout verbal diarrhoea as they painfully stutter through crib sheets while either throwing bouquets or brickbats at the PM.

Of course, there are exceptions to the rule and, sadly, we lost two grand masters of skilful oratory and the pen earlier this year when Alex Salmond and Angus Robertson lost their Westminster seats.

Now there’s more drama over the Rotherham MP’s decision to quit her front bench position as shadow women and equalities minister. Why? She made several poor judgement calls by agreeing to write the article for the tabloid newspaper in the first place and then blamed everyone else but herself when it backfired.

The Sun says her team had fully approved the article and, perhaps more revealingly, a spokesperson for the rag added: “Sarah Champion’s column, as it appeared on Friday, was approved by her team and her adviser twice contacted us thereafter to say she was ‘thrilled’ with the piece and it ‘looked great’.

The Sun recently drew fire from both leading Muslim and Jewish groups after it published opinions inciting Islamophobia and demonising entire communities.

“Indeed, her only objection after the article appeared was her belief that her picture byline looked unflattering. Her office submitted five new pictures for further use.”

What a pity she appears to have invested more time finding a flattering byline photograph than dwelling on the problem her article could cause by whipping up race hate which, let’s face it, does nothing to protect the vulnerable children targeted by groomers or sexual predators.

All Champion did was unleash a stampede of racist Sun readers who in their rush to target Britain’s Pakistani and Asian communities, trampled on the abused victims.

The Sun recently drew fire from both leading Muslim and Jewish groups after it published opinions inciting Islamophobia and demonising entire communities, so why would a politician with Champion’s brief even consider writing in such a paper?

The Sun has a history of taking on columnists who are notorious for their bigotry and prejudice. Surely she had to resign, and now that she has more time on her hands perhaps she should look more closely at those who advise her.

Why would a politician with Champion’s brief even consider writing in such a paper?

Perhaps we expect too much of our politicians these days both in Holyrood and Westminster. They are, after all, merely human. But what the Champion episode does expose is the continual dumbing down of British politics, another unwanted import from across the Atlantic.

It was only last year that Tory MP Michael Gove refused to name any economists who would back Britain’s exit from the European Union, saying that “people in this country have had enough of experts”.

The then justice secretary faced intense scrutiny of his campaign tactics, in particular the claim that the UK sends £350m to the EU every week. Sky’s political editor, Faisal Islam, said at the time Gove knew the figure was wrong, and accused him of importing the “post-truth” politics of Donald Trump to the UK.

The ridiculing of intellectualism, dog whistle politics, vile tabloid articles in which facts are few and hate rhetoric high is becoming commonplace in the mainstream media.

Alarm bells are ringing in certain American newspapers at the stultification of intelligent debate and opinion and maybe it’s time to bring back experts with opinions worth reading.

The ridiculing of intellectualism, dog whistle politics, vile tabloid articles in which facts are few and hate rhetoric high is becoming commonplace in the mainstream media.

Journalists need to be more rigorous when dealing with politicians and must be prepared to hold them to account. In 2014 the then PM David Cameron claimed that the UK’s welfare system was acting as a magnet for migrants from elsewhere in the EU. He provided absolutely no evidence to substantiate this claim and not one journalist challenged him.

We can no longer allow our politicians to act without accountability and since the mainstream media seems to have abandoned its watchdog role then that responsibility will fall more on to organisations like CommonSpace.

Independent media like CommonSpace have proved that impartiality does not mean neutrality when it comes to presenting facts and evidence. A better informed public and better informed politicians will lead to improved decision making. Let’s face it, none of us would be discussing Brexit today if voters (in England and Wales) had really known the consequences of their vote.

Politicians like Sarah Champion should stop trying to court popular opinion through the tabloids and she’d be well advised to steer clear from dog whistle politics, focusing instead on the solutions to problems and not whipping up a storm of hate because it plays well with uninformed, unhappy Sun readers.

We need to bring back the experts and the academics who come to us from a point of knowledge. We might not like their message but, having listened, at least we are equipped to make a more informed opinion.

We need to bring back the experts and the academics who come to us from a point of knowledge. We might not like their message but, having listened, at least we are equipped to make a more informed opinion.

What I’m trying to say is probably best summed up in a recent hostile Twitter exchange between a Newcastle United fan and US nuclear expert Stephen Schwartz.

Schwartz was critical over a claim made by President Trump that he had “renovated and modernised” America’s nuclear arsenal. Tweeting under @atomicanalyst he said nothing had happened in the 201 days since the inauguration.

He was deluged with abuse from angry Trump fans everywhere, including @_toon_fan who demanded to know how Schwartz could possibly know this. His reply was: “I’m a nuclear weapons and weapons policy expert specializing in US nuclear weapons. It is literally my job to know. What’s your expertise?”