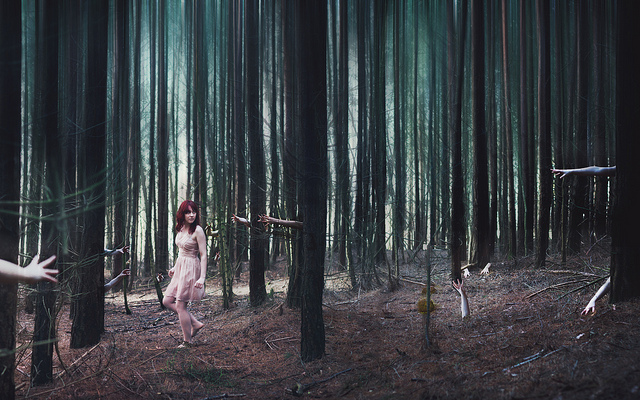 WOMEN-ONLY train carriages became quite a talking point recently after Labour shadow minister Chris Williamson hinted there could be some merit in the concept to help cut the number of sexual assaults on public transport.

Admittedly my knee jerk reaction was to sneer at the idea and reject it but after reading a series of horrific articles and some global statistics about sex abuse I am also beginning to wonder if there is some justification. Such a move would purely be about keeping women safe while enabling us to go about our business without hindrance.

In the good old, bad old days we women were expected to stay at home if there was a sex pest on the prowl; we were safer indoors, which in my view almost made us the problem.

In the good old, bad old days we women were expected to stay at home if there was a sex pest on the prowl; we were safer indoors, which in my view almost made us the problem.

Thankfully, much of that Victorian nonsense has gone, especially with great movements like the annual Reclaim the Night movement which began on 12 November 1977 to give women a voice and a chance to reclaim the streets at night in a safe and empowering event.

However, these movements and women-only solutions aren’t about normalising or accepting male-led violence. The reality is we have a problem with some men who simply cannot behave themselves when in female company.

This is born out by the rather shocking statistics that one in three women, at some point in their lives, will be physically and/or sexually abused, according to World Health Organisation research.

Last month, Swedish festival organisers announced that Bråvalla, billed as “the biggest music festival in Sweden”, would be cancelled for 2018 after a spree of sexual violence: four rapes and 23 sexual assaults allegedly took place on site during the three-day event, according to Östergötland police. The previous year there were five rapes reported and many complaints of sex assaults.

The decision to cancel next year’s gig was based, organisers said, on the fact that: “Certain men … apparently cannot behave. It’s a shame. We have therefore decided to cancel Bråvalla 2018.”

In the main, sexual predators have only one thing in common and it has nothing to do with race, religion or origins: the common link is they’re all male.

Instead of just accepting the cancellation, which in my view would have been a step in the direction of normalising such vile behaviour, Swedish radio presenter and comedian Emma Knyckare seized the moment to her advantage. She tweeted: “What do you think about putting together a really cool festival where only non-men are welcome, that we’ll run until ALL men have learned how to behave themselves?”

Sweden is regarded as a progressive country which has strong gender equality legislation, but despite this it has problems with some men. At Sweden’s Putte I Parken festival there were 32 reports of attacks by boys and young men against female attendees. Most of the victims were under 18 years old; three were under 15, and the youngest was only 12 years old.

A friend of mine has just returned from a holiday in Morocco where her five daughters, all in their teens, were approached by young local men and made to feel threatened and intimidated.

Morocco is a Muslim country but the fact that some of her daughters wore Islamic dress and hijab made no difference to these sex pests and, as a result, the girls were unable to move around freely without their parents.

Regardless of how we dress we should not be targeted by anyone. There are similar stories across the Muslim world and across the rest of the globe. In the main, sexual predators have only one thing in common and it has nothing to do with race, religion or origins, the common link is they’re all male.

Until this large minority of men and boys can learn to respect the opposite sex and allow them to move freely 24/7 at home or overseas, then political parties should begin to pursue this idea.

So this begs the question: Why should girls and women have to have their freedoms restricted because of the actions of some men? I personally have an aversion to public transport for that very reason. From being a teen through to the present day, there have been occasions where I’ve received unwanted attention.

Until this large minority of men and boys can learn to respect the opposite sex and allow them to move freely 24/7 at home or overseas, then political parties should begin to pursue this idea. It is not an admission of defeat, just an admission that, at the moment, some men are out of control.

In the meantime, while offering safe spaces and transport for women, governments should start working as a matter of urgency on the problem of sexual male predators by launching educational classes in schools and universities as well as the workplace and other environments where young and old men gather.

And if we can’t have female-only carriages then the train companies need to provide many more guards making travel safe day and night. According to British Transport Police statistics there is a problem, with 1,448 sexual offences on trains reported in 2016-17 compared with 650 incidents in 2012-13.

In 1993 the United Nations General Assembly provided a framework to deal with the “pandemic” of violence on women and unveiled a programme called the Elimination of Violence Against Women but, 25 years later, here we are still wrestling with the same problem and it is not just a third world problem.

The figures released by Police Scotland show we have a serious problem here as well. In 2015/16, 1,692 rapes and 117 attempted rapes were reported in Scotland and during the same period, 10,273 sexual offences were  also logged. This was an increase of seven per cent from the 9,557 sexual offences recorded for 2014/15.

While most crime figures are dropping in Scotland they are on the increase for sexual offences and have been on a long-term upward trend since 1974. Today’s sexual crimes are at the highest level seen since 1971, the first year for which comparable crime groups are available, according to government statistics.

What this means is that one in 10 women in Scotland has experienced rape while one in five women in Scotland has had someone try to make them have sex against their will. The problem is with men – not all, but a large minority who seem to think it’s perfectly acceptable to rape, grope, intimidate, or target women and girls through violent means.

So until we find a solution to deal with these sex pests then maybe the answer is female-only rock concerts and other events, providing female only transport and rail carriages and other female-only initiatives.

Instead of women being the stay-at-home victims, let men have a taste of what we women have suffered by missing out on events, late night festivals and parties … I have a feeling that a solution to the problem will be found pretty damn quick.

So until we find a solution to deal with these sex pests then maybe the answer is female-only rock concerts and other events, providing female only transport and rail carriages and other female-only initiatives.

This Scottish Government has carved out a reputation of being progressive and tackling these sort of social issues head on. Let’s see some initiative by the SNP which puts women and girls centre stage.

The figures in Scotland – as well as globally – speak for themselves. Some groups of men are out of control and as usual women are suffering.

I’m not saying gender apartheid is the answer, but it’s a safe bet if Emma Knyckare goes ahead with her female-only rock festival that the number of rapes and sexual assaults reported will be down to zero, and that’a a powerful statistic.