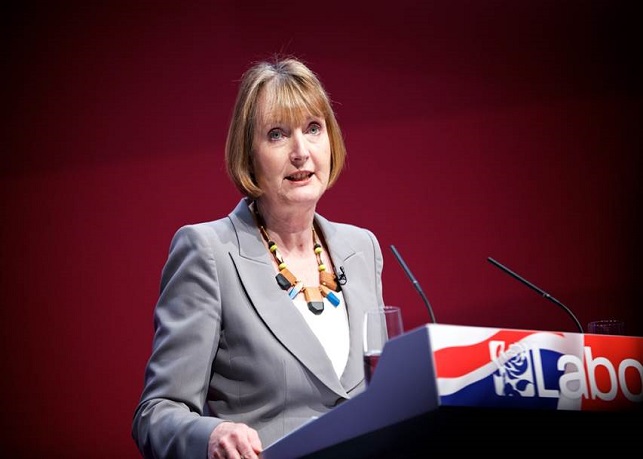 IT IS blindingly obvious to those of us living north of the border that Scottish Labour self-destructed after getting into bed with the Tories over the "Better Together" campaign during the independence referendum.

To be fair, Scottish Labour was already on the slippery slope to oblivion because of the toxic legacy of the Blairites within who were acting more like Conservatives than the real Tories, but the sight of the Better Together campaigners embracing each other when it became clear the independence referendum result was swinging in their favour was bile-inducing.

For many voters it was a step too far in terms of political collaboration and within hours it was clear the treacherous act of betrayal had seriously backfired as the so-called Vow unravelled during David Cameron's Downing Street press conference the morning after the night before.

Over the weekend there was Harriet Harman, the former deputy leader of the Labour party, cosying up to David Cameron at a West London branch of Asda.

So you'd think English Labour would keep a barge pole's distance from Cameron and his Remain campaign; indeed, it appears leader Jeremy Corbyn has avoided 'Better Together'-style pictures with the British prime minister even though both want to remain in the EU.

However, over the weekend there was Harriet Harman, the former deputy leader of the party, cosying up to Cameron at a West London branch of Asda. Looking more like a contestant for Supermarket Sweep, Harman walked by Cameron's side down the store's breakfast cereal aisle stopping only to oblige the assembled media who snapped, cackled and popped at the odd couple.

Cameron, using Project Fear tactics, was claiming a vote to leave the EU would mean the average family would pay out an extra £123 a year on food and drink, while an extra £98 would be spent on clothes and footwear. Simpering Harman agreed. "I mean it's a no brainer," she cooed. Is she off her trolley?

I have to ask because the only "no brainer" is that Labour has learned absolutely nothing about the events which led to its obliteration in Scotland; maybe that's what the Blairites secretly want – the total destruction of the Labour Party in the rest of the UK so they can blame Corbyn.

The great Aneurin Bevan would be spinning in his grave at the sight of a former deputy leader trotting down a supermarket aisle with Cameron. Maybe she needs reminding of a speech he made on July 4 1948 at a rally in Manchester when it really was a northern powerhouse.

The great Aneurin Bevan would be spinning in his grave at the sight of a former deputy leader trotting down a supermarket aisle with Cameron.

Recalling bitter experiences of his early life when, for a time, he had to live on the earnings of an elder sister and was told to emigrate, he said: "That is why no amount of cajolery, and no attempts at ethical or social seduction, can eradicate from my heart a deep burning hatred for the Tory Party that inflicted those bitter experiences on me.

"So far as I am concerned they are lower than vermin. They condemned millions of first-class people to semi-starvation. Now the Tories are pouring out money in propaganda of all sorts and are hoping by this organised sustained mass suggestion to eradicate from our minds all memory of what we went through."

Thankfully there are women in British politics with dignity and integrity and we will hear from them this week, starting on Monday, laying out a strong and positive case for staying in the European Union without relying on any of the 'Project Fear'-style rhetoric used by Cameron and Harman at the weekend.

Scotland’s first minister, Nicola Sturgeon, will enter the battle today (Monday) with trusted political allies Leanne Wood, leader of Plaid Cymru and the Green party's Caroline Lucas. The most powerful women in British politics will set out "the progressive case" for voting to remain.

The all-woman show will spice up the dismal, unimaginative Labour and Tory campaigns and I'd like to bet hell would freeze over before Sturgeon shares any kind of 'Better Together'-style platform with the Tories.

Her campaign team reckon she will highlight the social benefits of EU membership, including maternity rights, when the female trio talk to the media in London. Giving a taste of what’s to come, Sturgeon said she was passionate about remaining in Europe and would present a progressive case to continue with EU membership.

"The social protections and benefits that membership has given us – from maternity rights, to workers’ rights to freedom of movement – are almost so ingrained in our daily lives that it is easy to take them for granted," she told the SNP’s National Council meeting in Perth over the weekend.

"With the Tories itching to scrap the Human Rights Act and their attempts to curb trade union rights, it is clear that these social protections would not be safe in the hands of a Westminster government."

Instead of silly stunts like the Asda episode, Corbyn needs to accept that the time has come when he and his Westminster colleagues will have to accept the olive branch thrown them by the young Mhairi Black during her historic maiden speech.

Instead of silly stunts like the Asda episode, Corbyn needs to accept that the time has come when he and his colleagues will have to accept the olive branch thrown them by the young Mhairi Black during her historic maiden speech.

A future Labour Government cannot exist without support from or a coalition with the SNP and the sooner the party leadership realises this, the better.

The SNP is the only group which can give the Labour party a real shot at power and more silly, bargain basement stunts involving Harman and others sharing a platform with the Tories will only damage or even destroy what's left of Labour's credibility.