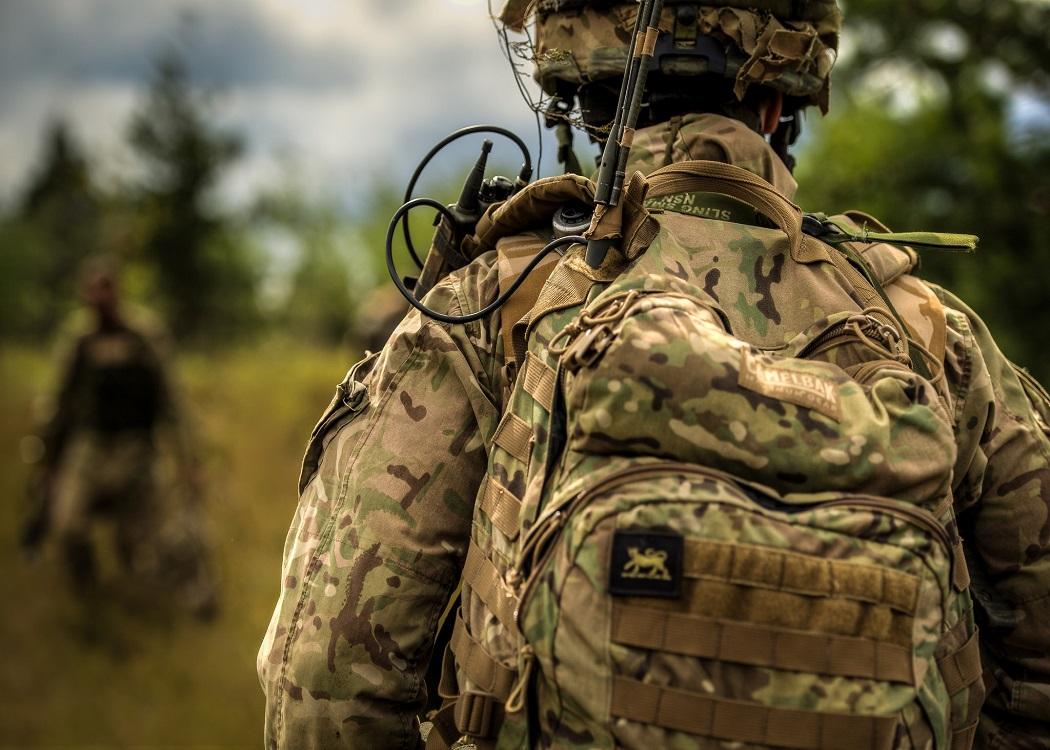 YES, I know the headline is sensational but there is a very serious story to be told emanating from a front page exclusive written by some very distinguished journalists – and no I’m not talking about that David Cameron story.

Ever since Jeremy Corbyn won Labour leadership in a landslide victory, the scribes inhabiting Westminster’s political swamp have behaved in a most irrational way.

Left wing loathing and unrestrained bigotry masquerading as political polemic has been heaped on the British public, warning them of the evils of a Corbyn-run Labour Party.

The Sunday Times contained a revelation by an unnamed senior serving general that Britain’s armed forces would take “direct action” to stop a Corbyn government downgrading them.

The view from this side of the border invoked a mixture of deja vu followed by a touch of schadenfreude as a result of last year’s lurid headlines full of anti-Scottish venom spewed on behalf of the Better Together lot after polls revealed Scots might just win independence.

Alex Salmond became a Tory target and on London-only billboards he was depicted as a pickpocket ready to steal taxpayers’ money. “Don’t let the SNP grab your cash,” screamed the billboard headline.

(Apparently the first minister was wounded until someone pointed out he looked more like the iconic Milk Tray man who performed all sorts of James Bond-style stunts to deliver chocolates to his lady rather than some ageing Artful Dodger.)

Of course, this sort of silliness is all the more amusing if you’re not the target, but the net effect in Scotland is that few outside the swamp take the London-based media seriously anymore, such is the loss of their credibility.

In fact the only Corbyn story – and there were scores – which carried more than a grain of truth on Sunday was a lurid splash with the headlines: Jeremy Corbyn Sex Dwarf Eaten By Otters.

Yes, it was by the Sunday Sport, but something else which did catch my eye in the weekend media was buried in the Sunday Times’ front page story predicting half of Corbyn’s shadow cabinet was prepared to vote with David Cameron for airstrikes in Syria.

Such speculation from an anti-Corbyn newspaper is predictable, but what followed a few paragraphs down sent my eyebrows through my hairline. It contained a revelation by an unnamed senior serving general that Britain’s armed forces would take “direct action” to stop a Corbyn government downgrading them.

This was a sensational line and either the editor of the Murdoch-owned newspaper doesn’t believe his own reporters (Tim Shipman, Sean Rayment, Richard Kerbaj and James Lyons) or his news judgement is sadly lacking.

Surely an army general threatening to lead a military coup in Britain is a worthy scoop? Clearly the unnamed general does not like democracy in action, but surely his astonishing talk of mutiny is far, far more newsworthy than a maybe mutiny in the ranks of a bunch of disloyal Labour cabinet members?

This is what the general is quoted as saying: “There would be mass resignations at all levels and you would face the very real prospect of an event which would effectively be a mutiny.

“Feelings are running very high within the armed forces. You would see a major break in convention with senior generals directly and publicly challenging Corbyn over vital important policy decisions such as Trident, pulling out of Nato and any plans to emasculate and shrink the size of the armed forces. You can’t put a maverick in charge of a country’s security.”

Now, he may be a bullet short of a magazine because it is the Conservatives who are currently engaged in downgrading and shrinking the size of the British military, but he holds a high rank and therefore a great deal of sway, so if this story is to be taken seriously then an immediate investigation should be launched to establish how real his threat is.

If this general and his fellow officers see Corbyn as a threat I wonder what they make of the Yes campaigners living in Scotland and the SNP’s commitment to getting rid of Trident.

And since the SNP is determined to remove Trident from Scotland, First Minister Nicola Sturgeon should be leading the call for an investigation to find the military plotters and have them explain their mutinous comments.

Naturally she needs to know as a matter of urgency if this is the soundbite of a tired and emotional general who has had one too many ports in the Officers Mess, or if there is a serious and very real threat of a military coup.

It is not as far-fetched as it may seem. Back in 2006 a BBC drama documentary called The Plot Against Harold Wilson, revealed the Labour PM was convinced he was the target of plans to stage a military coup.

In 1976, journalists Barrie Penrose and Roger Courtiour secretly recorded Wilson a few weeks after his shock departure from Number 10. Recalling the meeting to the BBC, Penrose said: “Wilson spoke darkly of two military coups which he said had been planned to overthrow his government in the late 1960s and in the mid 1970s. Both were said to involve high-ranking elements in the British army, eager to see the back of Labour governments.”

To put some context on this, tensions were running high at the time because of the Cold War and industrial unrest was rife. The UK was operating a three-day working week amid a series of power cuts and inflation was soaring.

In his book Spycatcher, Peter Wright also confirmed there was a plot to force Wilson’s resignation by MI5 agents who were convinced he was a Communist spy.

Of course, it doesn’t help when you have the current British PM, David Cameron, and senior members of his cabinet demonsing Jeremy Corbyn and briefing journalists that the new Labour leader is a “threat to national security”.

As someone who is passionate about a second referendum for independence and just as determined to see an end to the nukes in Faslane, should those of us living in Scotland be concerned about a military coup?

But if this general and his fellow officers see Corbyn as a threat I wonder what they make of the Yes campaigners living in Scotland and the SNP’s commitment to getting rid of Trident.

As someone who is passionate about a second referendum for independence and just as determined to see an end to the nukes in Faslane, should those of us living in Scotland be concerned about a military coup?

My fears certainly weren’t allayed when I read the lyrics to the National Anthem (prompted by more Corbyn-bashing in the media).

Read the final words of the last verse.

Are we about to be crushed by an army that’s gone barmy?

May he sedition hush,
And like a torrent rush,
Rebellious Scots to crush.
God save the Queen!