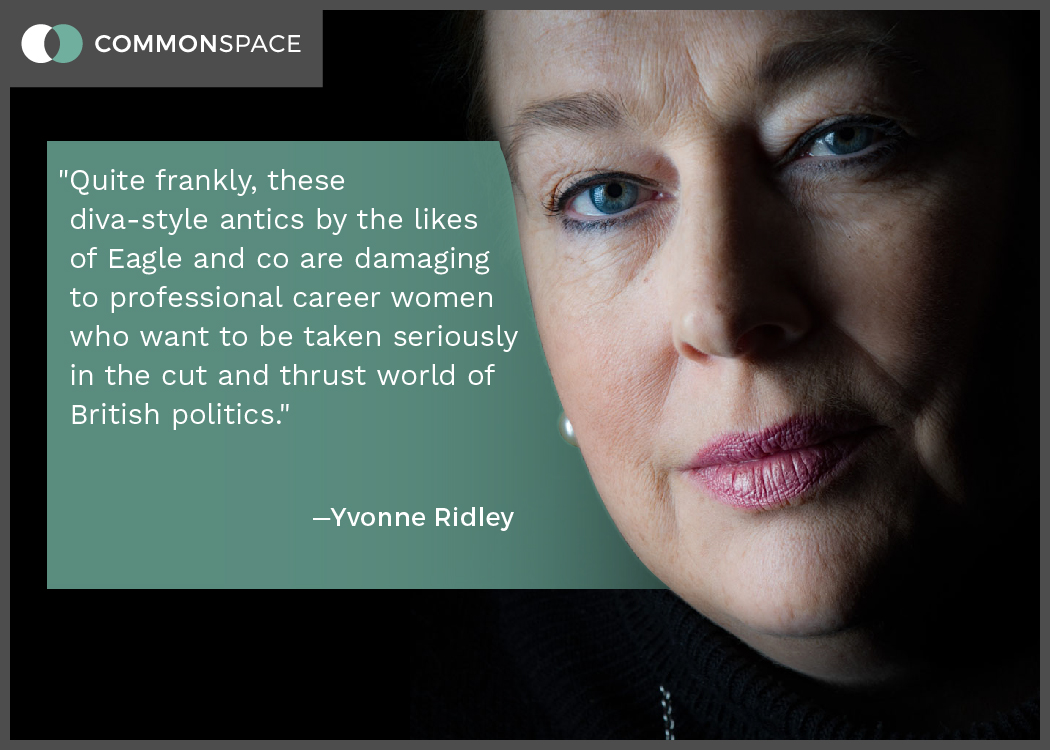 JUST when I thought we could move on from exposing the London-based media for its shoddy reporting over all matters relating to the witch hunt against Labour leader Jeremy Corbyn, another scandal has emerged. Let's call it 'Windowgate'.

If you remember, Fleet Street's finest, along with the electronic media led by the BBC and Sky News, faithfully reported how a brick had been thrown through the office window of Wallasey MP Angela Eagle.

The missile was hurled at the rebel MP's constituency office just around the time she was launching her doomed campaign to unseat Corbyn in a leadership race, we were informed by the Guardian newspaper among others.

So for the last 12 days the press, Eagle supporters, and indeed the MP herself, have allowed us all to form the wrong impression that her personal office was bricked when, in fact, it wasn't.

It was only at the weekend when Mail on Sunday columnist Peter Hitchens did what we journalists (including myself) should have done when the crime was first reported back on 12 July that the story began to unravel. We should have remembered our training as cub reporters and rang the police to verify the facts. (By the way, 12 July also happens to be the anniversary of the Battle of the Boyne but let's not bring in Irish politics in to complicate matters further).

The story Merseyside Police press office gave Hitchens was somewhat different to the story pushed around by the mainstream media as his report reveals here: "Remember that window in Angela Eagle’s Labour party office in Wallasey, that was supposed to have been broken? Remember the insinuation that this had been done by wicked Corbynites? Well, I asked Merseyside Police, and they told me that the window wasn’t that of Mrs Eagle’s office, which wasn’t broken. It was the window of a stairwell and hallway, in an office building which Wallasey Labour Party shares with several others. Bear this in mind when reading coverage of this contest."

So for the last 12 days the press, Eagle supporters, and indeed the MP herself, have allowed us all to form the wrong impression that her personal office was bricked when, in fact, it wasn't. This, as you can imagine, has not gone down well on the social networks coming, as it has, at the height of 'Officegate', yet another anti-Corbyn story which again does not bear close scrutiny as it is not all it is cracked up to be.

Officegate, for those of you who've not yet lost the will to live when it comes to the tediousness of the anti-Cornyn lobby, is about former front bencher Seema Maholtra, who accused Corbyn's staff of violating the privacy of her Westminster office thereby causing fear and intimidation to her staff.

This, as you can imagine, has not gone down well on the social networks coming, as it has, at the height of 'Officegate', yet another anti-Corbyn story which again does not bear close scrutiny as it is not all it is cracked up to be.

On seeing cardboard boxes outside her office, someone from Corbyn's team opened her office door and popped their head around to see if it had been cleared out. It was an innocent misunderstanding, insists John McDonnell, who, amazingly, was given enough time by the BBC to put the record straight on Sunday morning.

However, a simple, polite enquiry to see if she had yet cleared out her office was blown up into one triggering accusations of harassment and bullying. To add to the drama she released a redacted letter she had written across two pages complaining of the intrusion into her office.

The fact is David Cameron was given less than a few days notice to clear out of 10 Downing Street while his chancellor, George Osborne, was given a few hours, as was fired cabinet minister Michael Gove and all the other Tories who were swept out when Theresa May swept in and formed her new cabinet.

If you remember, we all thought the Tory leadership race would last until September so the likes of Cameron and co saw no hurry to vacate their offices and thought they had months to carry on.

Maholtra, however, has been clinging on to her shadow ministerial office for around six weeks now since she resigned on 26 June. To be fair to her, it is really down to the Labour whips to have sorted out this mess but now there's talk of her going to the police over the illegal entering of her office. Really? It's not as if she was in the job long enough as shadow chief secretary to the Treasury to accrue any sensitive documentation or draft secret plans for electoral success etc.

Instead of whipping up a hatefest against Corbyn and giving oxygen to petulant politicians, wouldn't it be better for the media to take its own bullying down a notch or two and adopt a better standard of journalism?

Quite frankly, these diva-style antics by the likes of Eagle and co are damaging to professional career women who want to be taken seriously in the cut and thrust world of British politics.

So instead of whipping up a hatefest against Corbyn and giving oxygen to petulant politicians, wouldn't it be better for the media to take its own bullying down a notch or two and adopt a better standard of journalism?

Spinning stories and promoting lies does no one any favours at all. At the moment it appears the media has a long distance relationship with the truth as revealed by Windowgate and Officegate.

The voting public must look on in despair at the antics of the Westminster MPs, many of whom are privileged, wealthy career politicians who've probably never seen a boarded up window in their street because of domestic violence, or had rogue landlords hammering on the door to evict families with nowhere else to go.

This political Punch and Judy show is no longer amusing. It is offensive and exposes a selfish class of political elite who have no idea of the daily hardships and sufferings of the people they are supposed to serve. That's the real story.