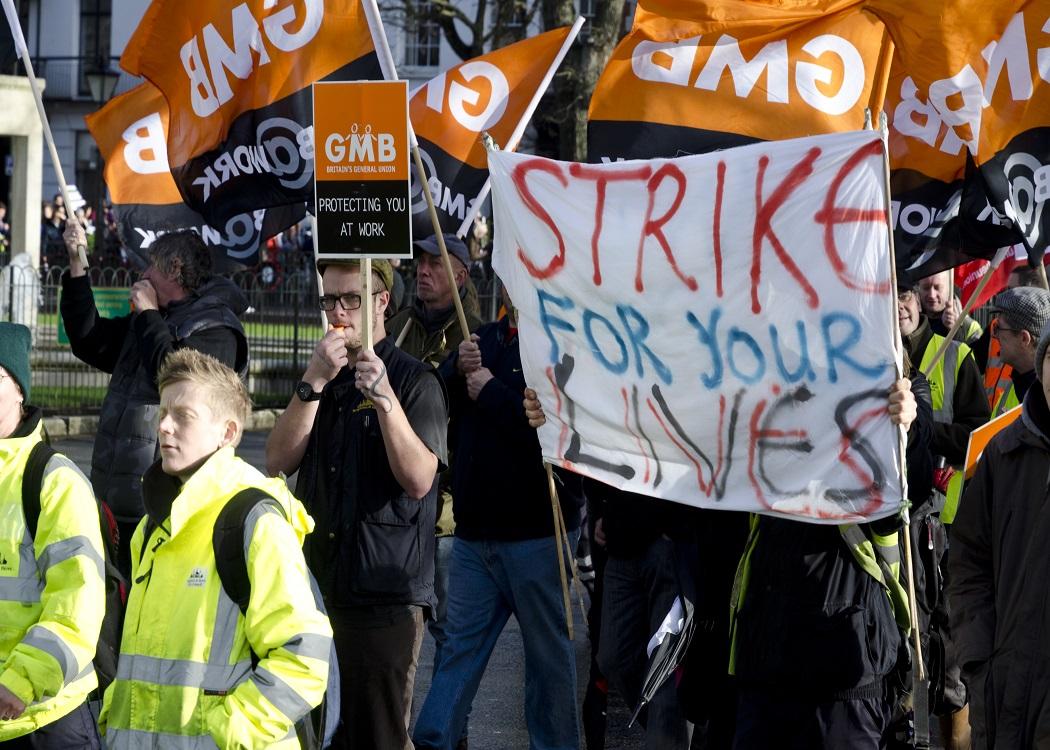 THE recent death of Bernie Passingham, a lifelong trade unionist who believed in the concept of equal rights in the workplace, caused me to revisit a serious ongoing women’s struggle in Scotland.

Bernie, for those of you who might not know, was the legendary Transport and General Workers Union convenor at Ford’s flagship factory in Dagenham, east London where, on 7 June 1968, the 187 women working as sewing machinists making car seat covers went on strike.

Their story of injustice was so inspiring it spawned a movie called Made in Dagenham. Passingham, the archetypal male convenor – down-to-earth and plain-speaking – was portrayed by the actor Bob Hoskins.

Some of those women have been sold out by their trade union; certainly no Bernie Passingham-style convenors championed their cause.

Passingham reached the grand old age of 90 when he died and I’ve no doubt his was a full and productive life enhanced by having played such a crucial role in the strike that was instrumental in introducing the Equal Pay Act.

So when I was told of his death I decided to use the occasion to launch a large boot up the backside of those pathetic men sitting in the GMB who’ve twiddled their thumbs and done little or nothing for female workers during a decade-long struggle against their bosses at North Lanarkshire Council.

Some of those women have been sold out by their trade union; certainly no Bernie Passingham-style convenors championed their cause.

The truth is that had there been just one Passingham within the ranks of the General, Municipal, Boilermakers and Allied Trade Union the women employed to do cleaning and care work and similar duties for North Lanarkshire Council would be enjoying better pay and conditions right now.

The uncomfortable truth is many of the female council employees had their jobs and bonuses graded in such an unfair fashion over the years that it was virtually impossible for them to get parity or even dream of equal pay with the men who sweep the roads, empty the rubbish bins and maintain our highways.

I am not saying the work largely carried out by men is unimportant but surely a woman who has to care for, bathe and change a doubly incontinent, disabled pensioner should be valued just as much as someone who empties a wheelie bin, sweeps the streets or mows the council lawns.

Over the years, fat bonuses have been built into the men’s wages and their pay grades protected – all of it to the detriment of the women.

However, over the years, fat bonuses have been built into the men’s wages and their pay grades protected – all of it to the detriment of the women. The right thing for a trade union to do would be to fight for parity and get the womens’ pay grades and bonuses increased.

Certainly that’s what the public service union Unison did for its members after being nudged into action by the example of heroic lawyer Stefan Cross, who launched an equal pay claim back in 1995 for the women of North Lanarkshire on a no-win, no-fee basis.

He was aided and abetted by solicitor Carol Fox, a champion of women’s rights and the tough and ferocious London-based QC Daphne Romney who is well known to several English councils and multi-national companies who’ve been foolish enough not to recognise and address equal pay scales and pay grades in the workplace.

According to Action4Equality Scotland, the indomitable Ms Romney “knocked the stuffing out of the council’s defence team” as their arguments were meticulously picked apart and swept away by the QC from Cloisters Chambers.

Unison quickly jumped on Cross’s legal bandwagon but bizarrely while the GMB union did take part in the claims dealing with the period after the new job evaluation in 2007, they sat on the sidelines watching and scowling along with the male-dominated council bosses at North Lanarkshire when it came to job evaluations.

On Teesside, things turned really nasty when the GMB was sued by its own female members for not fighting for their right to equal pay grades and bonuses at the Labour-controlled Middlesbrough Council.

These evaluations, or lack of them, maintained the same pay distinctions between men and women’s jobs, and, therefore, the imbalance remained. To be fair to the Scots trade union officials some of their counterparts were doing exactly the same south of the Border.

On Teesside, for instance, things turned really nasty when the GMB was sued by its own female members for not fighting for their right to equal pay grades and bonuses at the Labour-controlled Middlesbrough Council.

As yet no one in Scotland has decided to sue the GMB for its shameless stand against its female members employed by the equally shameful North Lanarkshire Council.

However, if I was a GMB female member employed by the council, I’d like to know why my ‘sisters’ in Unison and those represented by Stefan Cross QC of Action 4 Equality (Scotland) Ltd. received a considerably better pay off in comparison to the miserly money offered to them.

I’d like to know why the GMB was the only trade union involved not to have taken legal action until everyone else had reached a settlement over the unfairness of the evaluations.

It has taken more than 10 long years for the women to win their equal pay claim and collectively receive millions in backdated compensation from North Lanarkshire Council.

But it is worth noting that during the legal battle, some of the women who fought for equality have died. How will they be recognised, I wonder?

I have tried – and failed – to get this issue on the agenda at the SNP Trade Union Group’s annual conference.

Unbelievably there are still nine councils in Scotland that have yet to settle and do the honourable thing by their women workers. Leading the roll of dishonour is Aberdeenshire, Argyll and Bute, Clackmannnanshire, East Dunbartonshire, Falkirk, Fife Glasgow, South Ayrshire and West Lothian.

They are all Labour-led (and still Labour wonders why it was all but wiped out in Scotland), with the exception of one controlled by the SNP and another in a Tory-Lib Dem coalition.

I have tried – and failed – to get this issue on the agenda at the SNP Trade Union Group’s annual conference (which has been and gone). Fearing a back door intervention, admittedly I did word the submitted motion cautiously and so it may have appeared, on the surface, too woolly to be accepted.

However, I thought I’d still get the issue aired and talked about by exposing the situation here, today. It is also something I’m sure my colleagues in Women for Independence (WFI) will want to take on board.

Although equal pay and equal rights and equal pay grades and equal bonuses in the workplace seem like no brainers, there are those around who try and instil faux fear by saying councils will simply collapse and file for bankruptcy if they have to pay out millions in compensation awards to a bunch of women.

Well, voters like me who believe in fairness, equality and social justice gave Labour a very loud and clear message in the last General Election of exactly what we think of political parties that do not stand up for women. The working class struggle is not the exclusive domain of men.

The working class struggle is not the exclusive domain of men.

To the GMB’s leader, Paul Kenny (yes, knighted this year for his service to trade unions and nominated for the honour by the then Labour leader Ed Miliband), I say this: “You Sir, are a disgrace. The late Bernie Passingham’s actions made history but what is your legacy other than the PS7m of GMB money to the Labour party?”

And to those nine councils who are still dragging their heels in Scotland I say: “Man up, pay up and shut up.”

* NB: today, Tuesday 1 September 1 3.30-5pm, GMB members are gathering to discuss their ongoing campaign for equal pay and this time some senior officials of the union have agreed to attend the meeting at Kirkshaws Social Club, Coatbridge, ML5 5DN. It promises to be a lively affair.