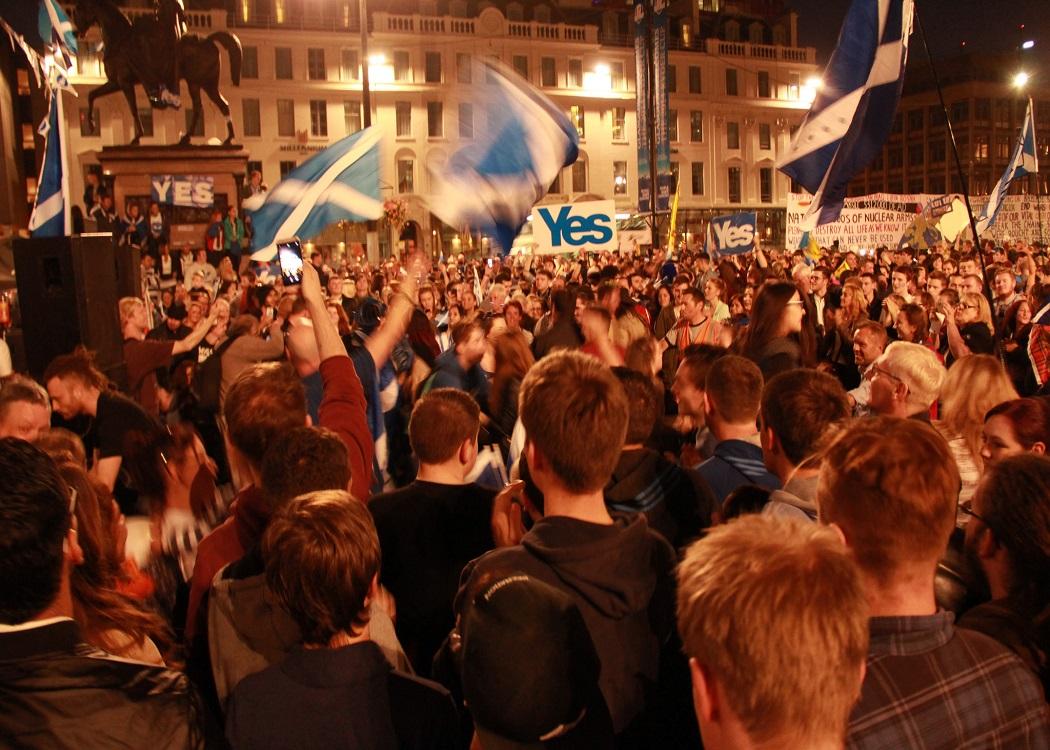 Despite some calls to the contrary , journalist Yvonne Ridley says the SNP should push for a second independence referendum sooner rather than later

FOUR years ago I decided to move from the heart of London to live in virtual isolation on a farm in the Scottish Borders.

Friends whispered I was having a midlife crisis and predicted a swift return to my home in Soho to resume being a Londoner once more.

The truth is after observing up close and personal the workings of various British governments and the flotsam and jetsam it seemed to attract to Parliament’s green benches, I’d had a gutful of the all-pervading stench of corruption, sleaze and gluttony that is Westminster.

I wasn’t running away, far from it. I was making a journey paved with hope. Setting out for a new life in Scotland where people talked of independence and breaking away from London rule.

After observing up close and personal the workings of various British governments and the flotsam and jetsam it seemed to attract, I’d had a gutful of the all-pervading stench of corruption, sleaze and gluttony that is Westminster.

Politically, the move north proved to be one of the happiest decisions of my life. I felt the same buzz as I had in the 1970s when, as a teenager, I was handed my first Labour party membership card in my native Newcastle.

Four decades later another milestone was reached when I shredded my card after the then Labour leader Tony Blair ignored the will of the British people and took the UK to war in Iraq.

It was an agonising decision to make and one of my political heroes, the late Tony Benn, urged me not to walk away. He said: “Yvonne, there are too many good socialists out there without a home. Stay and help make a change from within.”

He was right in many ways. There was no natural home for socialist outcasts and trade unionists like me who believed very much in the concept of people power and the politics of caring and sharing in adversity – and I sincerely hope he is right about making changes from within.

The structure of the party is still shored up by the Blairites and it is obvious that the Iraqi widow-maker and friend of some of the world’s nastiest dictators, Tony Blair, is still held in high regard by those near the party’s power base. They are doing everything in their power at the moment to stop the juggernaut supporting Jeremy Corbyn MP in the party’s leadership race.

Young voters in England are becoming very excited at the prospect of a Corbyn win – as distant as his chances seemed last month an amazing momentum has gathered apace.

His campaign group is now experiencing the same sort of exhilarating giddiness many of us felt during the indyref campaign. The Scottish movement last year proved to be inspiring for so many different reasons; it renewed peoples’ faith in their ability to make a difference, it re-engaged those who’d lost their political mojo and it inspired a new generation of teenage voters into becoming politically active.

The 56 have reinvigorated those who care about poverty, who want the eradication of food banks and an end to austerity while working to improve the welfare system and create a better NHS.

Whatever your view on the outcome, the reality is the winners were the Scottish voters regardless of where they put their cross on the ballot paper.

The Westminster media village suddenly woke up to the importance of the referendum when the three leaders of the Conservative, Labour and the Liberal Democrats, in a panic, headed north of the Border to make a vow they could not possibly keep.

I fear similar reckless promises will be made by the powers that be within Labour but I hope the party faithful ignore the lure of any political bribes.

Looking back, I thought ‘The Vow’ would take a few months to unravel, but bleary-eyed and incredulous I watched it being dismantled a few hours later when British PM David Cameron gave his infamous press conference outside of Downing Street the morning after the Referendum for an independent Scotland.

He said the changes promised should be linked to constitutional reform in England but by linking the two issues Cameron was already relegating Scotland’s future to a back seat.

Alex Salmond, who resigned as Scotland’s first minister in November, said voters were “tricked” into rejecting Scottish independence, adding that Cameron was already “reneging” on a promise made by all three of Britain’s main parties.

Predicting “the wrath of Khan” from Scottish voters, a seismic victory was plucked by the SNP from the jaws of the indyref defeat and, as a result, we are now witnessing the most dramatic political change in Westminster politics in decades.

The arrival of the SNP 56 has heralded in a new brand of politics to cleanse the Palace of Westminster from the all-pervading stench of corruption, sleaze and gluttony.

They’re certainly shaking up the place with their vibrance, energy and no-nonsense brand of politics and, unless Labour drops its Tory-lite position, the SNP now looks and acts like the UK Government’s main opposition in the House of Commons.

The 56, I believe, have reinvigorated those who care about poverty, who want the eradication of food banks and an end to austerity while working to improve the welfare system and create a better NHS – and many of them are Corbyn supporters.

Far from indyref being a ‘once-in-a-lifetime-vote’ many of us feel that the rules of the game have changed. That being the case we need to address, as a matter of urgency, a second vote for independence.

John McTernan, a former adviser to Tony Blair, has described them as “morons” for their actions. Erm, isn’t this the same man who was chief of staff to Scottish Labour’s Jim Murphy, who quit after the party lost all but one seat in Scotland? Heeding his words would be a bit like asking Herod for advice on childcare.

As for ‘The Vow’, to date not one single promise made to the Scottish people has been delivered by the Tory Government, and with the threat of being pulled out of Europe, the position of Scotland with regards independence has altered dramatically.

Far from indyref being a ‘once-in-a-lifetime-vote’ many of us feel that the rules of the game have changed. That being the case we need to address, as a matter of urgency, a second vote for independence.

And now that the Greek government has shown it is possible to organise a nationwide referendum within a matter of weeks, the sooner Scotland’s First Minister Nicola Sturgeon decides to incorporate this into her next manifesto the better.

We’ve had the rehearsal Nicola, now let’s have the real thing: Indyref 2 – bring it on!