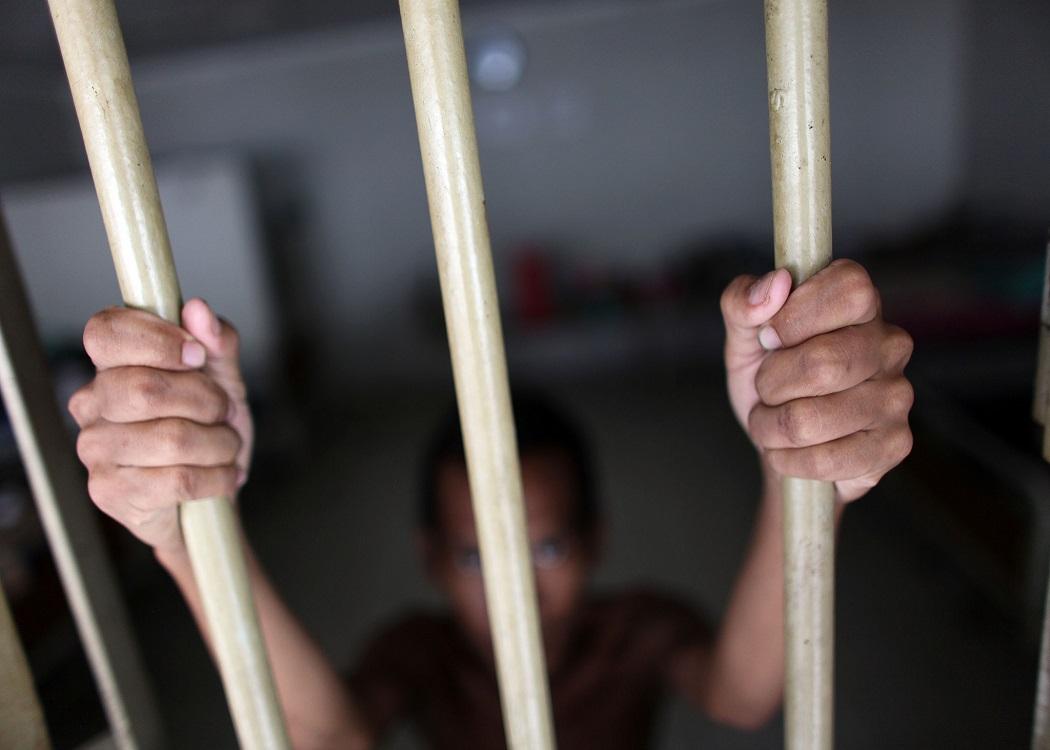 Journalist Yvonne Ridley says the battle for human rights must transcend personal, national and international politics – and Scotland could lead the way

THERE must have been shivers racing down the spine of every right wing journalist when two women, both labelled ‘Britain’s most dangerous’, came together the other day on the issue of human rights.

One was Scotland’s first minister, Nicola Sturgeon, and the other was Shami Chakrabarti, the director of Liberty, who first held the title back in 2007 when she had the audacity to champion free speech and the right to a fair trial … in Britain!

Sturgeon inherited the title when the London-based media woke up to the fact that, as Scotland’s leader, she would continue to promote the idea of cutting ties with Westminster and veto the renewal of Trident, Britain’s nuclear deterrent.

Chakrabarti listened to every word relayed by the first minister to a Glasgow audience last Wednesday and said later: “I’ve been waiting a long time for a senior politician in power to make a speech like that.”

Just a few days ago she fired a warning shot at British Prime Minister David Cameron when she announced she would not do a deal with Westminster on the issue of human rights and dismissed suggestions that SNP MPs might abstain on his plans to scrap the Human Rights Act in exchange for a Scottish bill of rights.

And leaving no room for any doubt, Sturgeon said Holyrood would oppose any weakening of human rights protections across the whole of the UK, not just in Scotland.

Chakrabarti listened to every word relayed by the first minister to a Glasgow audience last Wednesday and said later: “I’ve been waiting a long time for a senior politician in power to make a speech like that.”

The truth is, we all have. It is not inconceivable that one day Scotland could become a global leader in human rights as long as Holyrood continues to uphold the values Sturgeon talked about last week.

One of the biggest criticisms laid against Western countries is their apparent double standards when it comes to foreign policy. Britain and America, for instance, routinely give unconditional support to Israel, as witnessed during the Zionist state’s recent wars and continuing random airstrikes against Palestinian civilians in the Gaza Strip while it enforces one of the most brutal sieges in the history of the region.

The use of chemical weapons, the bombing of schools and mosques, child prisoners, targeting civilians; you name it and Israel stands accused — with strong evidence to back up the accusations — while its friends look the other way.

One of the biggest criticisms laid against Western countries is their apparent double standards when it comes to foreign policy.

But such hypocrisy extends around the world. On the day that more than a million French people marched in support of press freedoms and free speech after the Charlie Hebdo massacre, they were joined by around 50 leaders and representatives who seemed oblivious to their own poor record on human rights back home.

Algeria’s foreign minister Ramtane Lamamra, for instance, stepped out at the rally seemingly ignoring the fact public protests and marches are banned in Algeria.

Eyebrows were also raised as Russia, a country where critical journalists and bloggers are routinely persecuted and imprisoned, sent its foreign minister Sergei Lavrov to march side by side with other senior representatives from equally mendacious regimes in January this year.

Viktor Orban, the deeply unpleasant Hungarian PM, used the occasion to tell state TV that after the Charlie Hebdo murders the European Union should bar migrants with “different cultural characteristics”.

Orban’s Fidesz party has conducted anti-semitic and anti-Roma campaigns and his repugnant views in recent weeks over the refugee crisis have exposed him as a man with rampant, Islamophobic views. He has also incurred the wrath of the Council of Europe over his regular and routine racist and xenophobic outbursts.

Closer to home, Brit PM David Cameron saw no irony in inviting 30,000 dealers and their customers to the world’s largest arms fair in London in the same week he reluctantly agreed to allow a paltry 20,000 refugees into the UK between now and 2020.

David Cameron saw no irony in inviting 30,000 dealers and their customers to the world’s largest arms fair in London in the same week he reluctantly agreed to allow a paltry 20,000 refugees into the UK by 2020.

He seemed oblivious to the fact most of the refugees have fled from countries where bombs are being dropped by Britain and its allies, or by the very same people who headed for London to replenish their arsenals of deadly weapons.

It must be said, though, that such double standards are not the exclusive preserve of the West. When it comes to human rights most countries in the world today fall far short of the ideals to which many nations once aspired.

Just recently I attracted a lot of criticism for calling on Cameron to intervene with his close friends in Riyadh to try and stop the beheading and crucifixion of a young man called Ali Al-Nimr who has been convicted of sedition and protesting in the oil-rich Eastern province of Saudi Arabia.

The criticism came from friends in Saudi who accused me of being “a Shia supporter” because Al-Nimr, who was arrested in 2012 when he 17 years old, is of the Shia sect of Islam. Quite frankly, if Al-Nimr was a devil worshipper it would still make no difference to me.

A few days later I was highly critical of the actions of security forces belonging to the Palestinian Authority in Ramallah for turning on and attacking local youths.

Israel’s gloating social networks and media broadcast a video showing PA security forces beating up a young Palestinian boy. He was being targeted because he had participated in a protest organised in the city to condemn the Israeli attacks on the Al-Aqsa mosque.

Instead of people agreeing with me, I was taken to task and told not to criticise the PA’s security forces publicly because they are Palestinians; if I continued to do so I could be accused of being pro-Israeli. Now there’s a thought.

When it comes to human rights most countries in the world today fall far short of the ideals to which many nations once aspired.

Honestly, the Muslim world has got to stop this nonsense and realise that human rights are for everyone regardless of their faith, religious grouping, nationality, skin colour, gender or ethnicity.

I will – and have – put my life on the line for the Palestinian cause. In August 2008 I joined a group of other international human rights activists and broke the Gaza siege by sea when we sailed two boats through the eastern Mediterranean and in to the Palestinian port – the first boats to do so in more than 40 years.
At one stage we were surrounded by Israeli gunboats and expected to be blown out of the water but we held fast because we felt so strongly about human rights.

Despite my commitment to seeking justice for Palestine, I am damned if I am going to turn a blind eye to human rights abuses simply because the perpetrator is a Palestinian working under leader Mahmoud Abbas.

A human rights crime is still a crime no matter who commits it and regardless of the ethnicity, sex or beliefs of the victim.

The Muslim world has got to realise that human rights are for everyone regardless of their faith, religious grouping, nationality, skin colour, gender or ethnicity.

The purveyors of hate relish the opportunity to bully and target those who disagree with their extreme positions but the world we inhabit is not one of black and white, good or evil, as George W Bush would have had us believe after the events of 9/11.

Much of the goodwill given to America after that horrific day was squandered when it emerged that human rights abuses were carried out as a matter of routine by or on behalf of the US, often by torturers working for Arab dictators.

Guantanamo Bay still stands as a blot on the landscape of American human rights, so when a US citizen is captured by hostile forces no one is surprised when they are publicly humiliated and forced to wear an orange boiler suit, but two wrongs will never, ever, make a right.

Frankly, I believe that those working in and around the human rights sector who are prepared to ignore the abuses of one regime in order to attack another are clearly in the wrong business.

Torture, abuse, cruelty and atrocities are not acceptable regardless of where they are committed and who is committing them.

Hence, if those fighting against Assad are guilty of the same crimes as his regime then they should be dealt with in the same manner; torture is torture regardless of whether the victim is Sunni or Shia, white or black, Christian, Jewish or Muslim.

To absolve one side of blame purely on the grounds of religious beliefs or ethnicity or power or wealth is so very, very wrong.

Torture, abuse, cruelty and atrocities are not acceptable regardless of where they are committed and who is committing them.

Unless and until governments from East and West stand up and declare that human rights are indeed for everyone then the world will remain in a very dark place. As far as I can see, though, not one world leader is today without blemish and ready to take such a stand.

However, it doesn’t matter who dragged us there and it matters little who is to blame; what is important is that all nations start to address the issue of human rights as a matter of urgency.

Arguably the best place for world leaders to start the process is by looking in the mirror and assessing their own record in such matters. If they are honest, perhaps we shall see some progress.

In the meantime I will be more than happy to continue to support the most dangerous woman in Britain – long may Sturgeon hold the title for it is indeed a badge of honour.

Picture courtesy of Department of Foreign Affairs and Trade