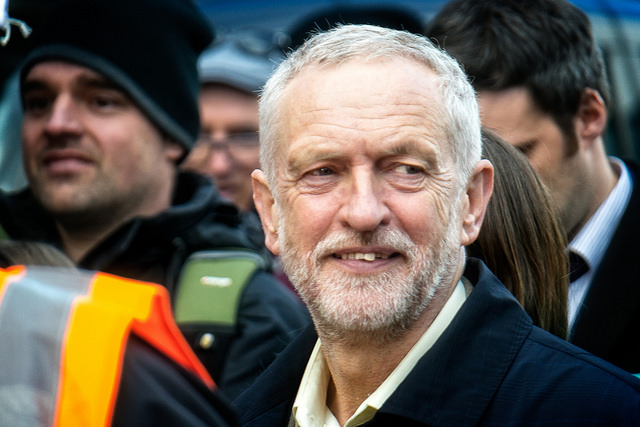 I LIKE Jeremy Corbyn. I like the fact he has not moved his political position one iota while trying to upgrade and turbo charge the dinosaur that was the Labour party when he first became its leader.

I like the fact he rose above his critics and refused to jump in the gutter with them as they and many of his own colleagues in the Parliamentary Labour Party tried every low blow and dirty trick known to the Westminster cabal to oust him.

His unwavering support for the Campaign for Nuclear Disarmament and his distaste for nuclear weapons – which chimes with the policies of the SNP – is also to be applauded despite the immense pressure from the war-mongering Blairite wing of Labour and the scorn from their Tory friends on the government benches.

The truth is Corbyn has much more in common with the SNP than he does with many of the politicians in Scottish Labour who largely support Tory policies such as Trident renewal.

Even though his revolutionary manifesto during the snap General Election mirrored much of the SNPs policies, I think we all cheered him on in the hope he would beat our common enemy: the Tories.

However, his decision to head to Scotland this coming month has left many of us completely baffled. If it was to sort out the “branch office” that is Scottish Labour I could understand his imminent arrival, but his advisors are briefing that Corbyn will tour SNP-held constituencies to persuade Scots living in marginal seats to switch their allegiance.

Frankly I am bewildered. He is being completely ill advised if he believes some of the 64 Westminster seats needed to win in order to secure a majority are here, in Scotland. The truth is Corbyn has much more in common with the SNP than he does with many of the politicians in Scottish Labour who largely support Tory policies such as Trident renewal.

While I’m a mere foot soldier in the SNP, I’m pretty confident Nicola Sturgeon and her Westminster MPs would rather make an alliance with Corbyn’s Labour should he need coalition friends to form a government in the next election. In strategy terms, unless he wants to target Tory seats – something Scottish Labour rarely does – he has no need to come to Scotland since there are far bigger battles to be won south of the border.

Vulnerable seats identified include Glasgow South West; Glasgow East; Airdrie and Shotts; Lanark and Hamilton East; Motherwell and Wishaw; Inverclyde; and Dunfermline and West Fife, where swings of less than one per cent are required for Labour to win while the Westminster number crunchers say a further 10 central belt constituencies would require a swing to Labour of between 1.4-3.6 per cent to change hands to increase their seven seats here. 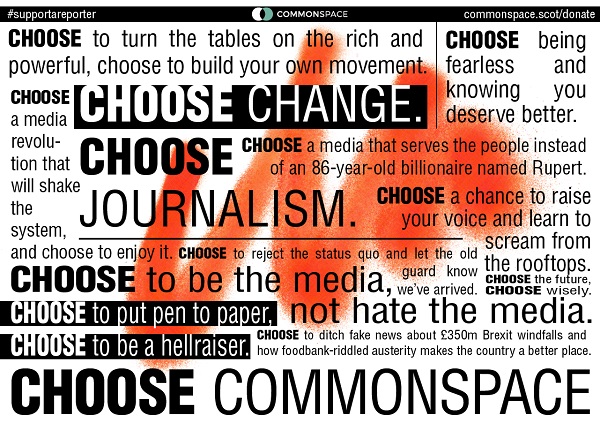 However, quite why Corbyn appears to be carrying on with the party’s unhealthy obsession of attacking the SNP, is beyond comprehension. That obsession aided and abetted the Tories during the last General Election. Surely it is better to target the Tories in Scotland? Such a move would win the admiration of traditional leftwing voters who have felt abandoned by Scottish Labour in recent years.

Mhairi Black might be the youngest MP in Westminster but she is in tune with voters of all ages and has an intuitive knack of cutting through the claptrap to identify the problems. She recently wrote: “We’ve had seven years of Tory austerity that has hammered working families, damaged public services, and targeted cuts at the poorest and most vulnerable.

“That same Tory government now wants to take us off a hard Brexit cliff edge, and shut Scotland out of the EU negotiations, as if our interests simply don’t matter. But instead of focusing their fire on the Tories, Labour spent the whole election campaign obsessed with the SNP, which activists rightly complain let the Tories off the hook and helped them win crucial votes.

If Corbyn insists on heading north with the sole aim of targeting and undermining the SNP then he must answer some really awkward questions.

“This devastating verdict from Labour members themselves should make Kezia Dugdale, and others at the top of the party hierarchy, hang their heads in shame. Their Better Together fixation has made us all worse off, with Scotland now trapped under yet another Tory government.”

Black is extremely critical of the way in which those in the PLP have sought to undermine Corbyn, but holding out an olive branch she added: “Instead of attacking the SNP, Labour should be working with us to hold the Tories to account, to oppose austerity, and to drive forward progressive policies.”

Corbyn and his advisers should rethink their strategy with regards Scotland. Support from the SNP, should it be needed in a coalition scenario, is virtually guaranteed so if Labour wants to maintain its election footing and build momentum the biggest battles are to be won south of the Border in England and Wales.

However if Corbyn insists on heading north with the sole aim of targeting and undermining the SNP then he must answer some really awkward questions. For instance, Scotland’s large core of Remain supporters still want to know why both the main Westminster parties are wholeheartedly behind Brexit without a thought or concern for a nation of people who made it abundantly clear they are not.

Why is the Labour Leader in England heading to Scotland to target the SNP when the party preventing him from getting the keys to Downing Street is the Conservative party?

Will he also be able to clear up the confusion over Trident? Scottish Labour is clearly in favour of nukes unlike the Corbynistas – so who can voters trust on Trident? And why does Corbyn support independence movements around the world including the Catalan and Basque call for independence but he doesn’t want it for the likes of us here in Scotland?

Perhaps, more importantly, why is the Labour Leader in England heading to Scotland to target the SNP when the party preventing him from getting the keys to Downing Street is the Conservative party?

The uncomfortable truth is that the Better Together and Brexit ties are still keeping Labour and Tories partners in the same bed … welded together in one of the most abusive political marriages in history.