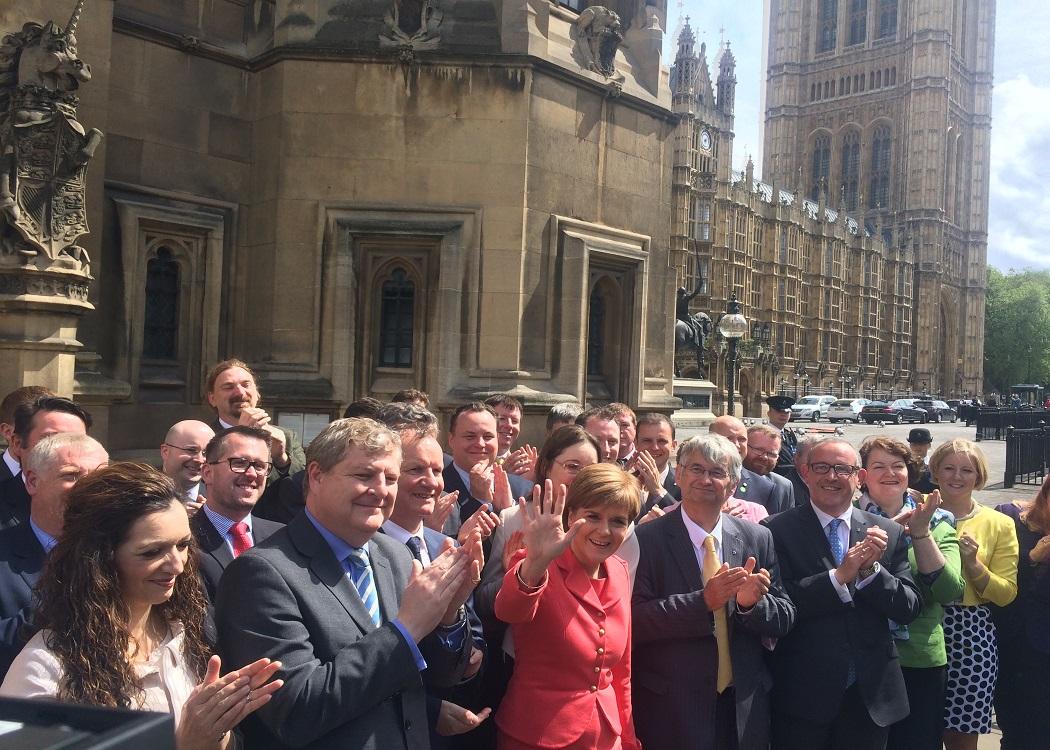 I’M NOT sure what I found most offensive – Ukip deputy leader Paul Nuttall’s ignorance or the misogynistic nature of his comments when he suggested SNP leader Nicola Sturgeon should be “thrown in front of a hunt horse”.

His piece was a response to the SNP’s decision to vote on foxhunting at Westminster; a move which forced Prime Minister David Cameron to postpone the vote thereby avoiding a humiliating defeat.

Nuttall wrote: “Tuesday is Emmeline Pankhurst Day, and whilst I am not going to throw myself in front of a horse to make my point about British democracy on this occasion, this is a vitally important constitutional matter and perhaps we should throw Sturgeon in front of a hunt horse as part of the commemorations.”

While I doubt Nicola Sturgeon will lose any sleep over the views of this political pipsqueak, I imagine her security staff are far more concerned.

He was alluding to the heroic actions of another major suffragette, Northumberland woman Emily Wilding Davison, who paid the ultimate price for her beliefs when she was fatally injuried as she ran on to the track during the 1913 Derby horse race.

Knocked unconscious by the flying hooves of King George V’s horse Anmer, and acting on the suffragette slogan ‘Deeds not Words’, Davison’s protest against the refusal of Britain’s rulers to grant votes for women turned her into a martyr for democracy and women’s rights on June 4 1913.

Despite newspapers writing off her actions as those of a suicidal mad woman, Emily was in fact trying to raise awareness of women’s rights and equality by pinning the colours of the suffragette movement onto the horse.

Nuttall’s comments reveal his ignorance and contempt for the original suffrage movement while exposing the underlying misogyny which has plagued the male-dominated ranks of Ukip.

But while I doubt Nicola Sturgeon will lose any sleep over the views of this political pipsqueak, I imagine her security staff are far more concerned.

It’s not the first issue outwith Scottish jurisdiction that the SNP has voted on – it will be fondly remembered by English students for voting against top-up fees in January 2004.

One of the strengths of Sturgeon is her ability to reach out and engage with ordinary people from all walks of life. I do hope these reckless and hateful comments by Nuttall do not lead to an overly protective security strategy around the movement of the first minister in future.

But to return to the issue which apparently caused this ire, let’s be clear on something: the decision to take part in the foxhunting vote by the SNP was not a U-turn.

It’s not the first issue outwith Scottish jurisdiction that the Scottish National Party has voted on – the SNP will be fondly remembered by English students in English universities for voting against top-up fees in January 2004.

At the time, the SNP’s Westminster education spokesperson Annabelle Ewing MP said it was necessary to vote on the English issue because: “Scottish MPs have all been lobbied by universities, academics, student organisations, and constituents – all urging us to vote against top-up fees. It is ‘make your mind up time’ for every Scottish MP – they can back Blair, or vote for Scotland.”

Similarly, it has now emerged that English campaigners lobbied the SNP’s Westminster 56 just as aggressively over the foxhunting vote since their General Election victory in Scotland in May.

Far from a U-turn, Sturgeon hinted via a tweet back on 16 May that the SNP had “not yet taken a decision”. It was picked up by The Guardian newspaper in an article which also revealed that English voters were lobbying SNP MPs over the issue.

The decision to vote wasn’t just to remind an “arrogant UK government of just how slender their majority is” as Sturgeon put it a few days ago, but the issue has been under consideration for some weeks.

Politicians like Paul Nuttall and the Downing Street politicos missed the signs; had they been more vigilant, the SNP decision to vote against foxhunting would not have come as such a surprise.

Sturgeon was not the only politician to be deluged with mail from the public over foxhunting in England and Wales, vote. Calum Kerr, the SNP’s newly appointed environment and rural affairs spokesman, confirmed he’d received a “steady flow” of individuals lobbying him on foxhunting since he was elected, with “a reasonable number of emails from south of the border, some of them even offering to come to Scotland for their holidays if we support the ban”.

And Tommy Sheppard, the newly elected SNP MP for Edinburgh East, told the BBC’s Newsnight that he had received hundreds of emails from English voters. He was also quoted in The Guardian on May 22 stating: “It’s dwarfing all the other issues in my inbox at the moment.”

The truth is that politicians like Paul Nuttall and even the Downing Street politicos missed the signs; had they been more vigilant, the SNP decision to vote against foxhunting would not have come as such a surprise.

I suggest if they want to keep their finger on the Westminster pulse then they should start to follow Nicola Sturgeon on Twitter.

For a different perspective on the SNP’s foxhunting position, read James McEnaney’s take: Why the SNP’s change of position on foxhunting was the wrong thing to do.