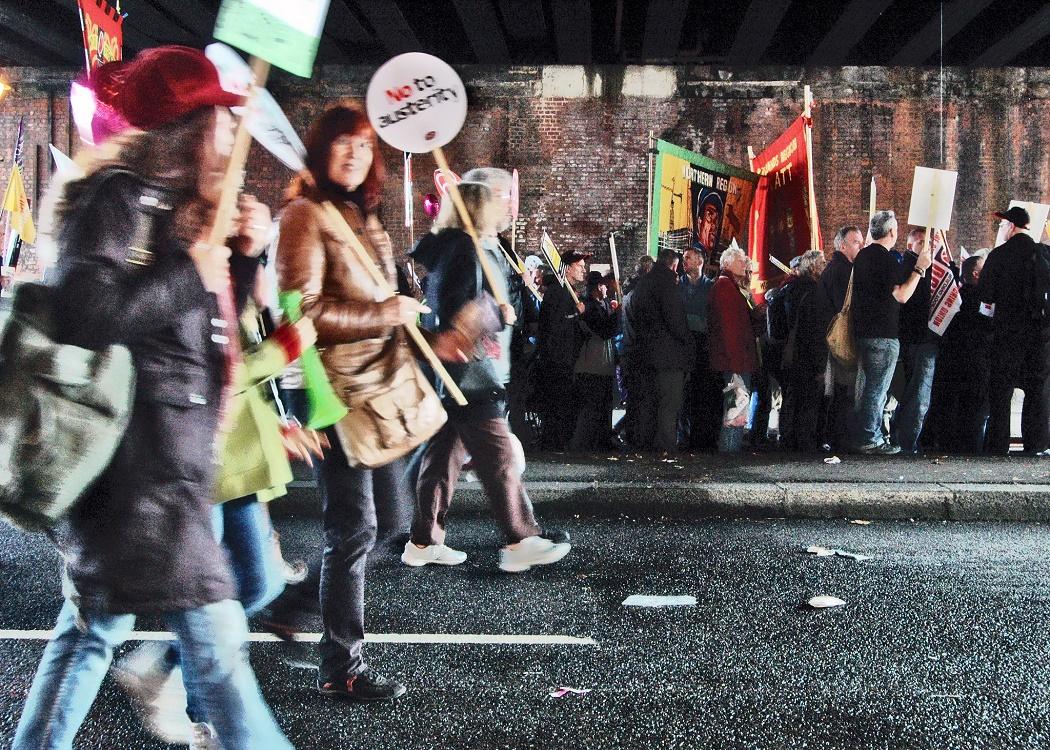 DID anyone get that awful feeling of deja vu over the catastrophic loss of 1,700 jobs at the last steel plant on Teesside?

As someone born in County Durham I felt and saw, through the closure of Consett steelworks, the hammer blow dealt to an entire community back in September 1980 when 4,500 jobs were axed by a Thatcher government.

It was no doubt as traumatic as the closure of Ravenscraig steelworks in 1992 which signalled the end of large scale steel making in Scotland. Under the watch of another Tory government it led to a direct loss of 770 jobs, and another 10,000 linked to the industry.

It is quite clear to me now that some of the TUC’s giants have lost their way and members need to scrutinise more closely those who claim to represent them.

The unions fought long and hard to stop the axe falling on the steel industries in Consett and Ravenscraig and elsewhere but this time round, at Redcar, union leaders appeared to be mute unlike the thousands of workers and their supporters who rallied outside the plant last Thursday.

They held torches and phones aloft to ‘keep the light burning’ at the furnaces that have lit up the town for decades.

Feelings are running high throughout Teesside because they know that the collapse of 1,700 jobs there will have a domino effect on supporting industries. Several days later, ahead of Middlesbrough Football Club’s Saturday match, even the professional players warmed up on the pitch in ‘Save Our Steel’ T-shirts while onlooking ‘Boro fans spelled out ‘SOS’ from within the stadium.

Running true to form this latest Tory government, for all its bluff and bluster about creating a ‘northern powerhouse’, has remained largely silent, insisting it can do nothing to stop the closure.

While that has surprised no one, the silence from the Unite and GMB trade unions is more baffling and has sent shockwaves around the community. After all, if the unions are not for saving manufacturing jobs, exactly what is their role?

Just a week earlier ahead of the Labour party conference in Brighton, trade union bosses were loud and rumbunctious, making it crystal clear they would do everything in their power to block a debate on getting rid of the so-called nuclear deterrent, Trident.

The huge pressure piled on conference organisers to block the debate came much to the relief of their old Blairite mates still incumbent in the party.

Together, the same sort of ungodly cabals of Labour politicians and trade unions have conspired over the decades to ensure low paid female council workers – the tens of thousands of Mrs Mops and care workers – would be denied bonuses and equal pay and conditions enjoyed by their male counterparts.

Since the unexpected arrival of Jeremy Corbyn as Labour leader, some union leaders have already broken cover and/or been exposed to be aligned more with the boss classes than their memberships.

Putting right this wrong has cost local authorities throughout the UK tens of millions of pounds with some councils having to flog off prime properties and land to pay for the shortfall.

Even today there are still Labour-led councils in Scotland who, along with the unions, have betrayed their female workers . I am reliably informed we will soon be witnessing some bizarre legal actions and out-of-court settlements as these women take their trade unions, as well as the local authorities, to task in astonishing legal battles the unions should be fighting on their behalf.

It seems workers’ solidarity has extended only to the male members in some of these truly appalling cases.

Don’t get me wrong, I am not anti-union and have been a trade unionist since I was a teenager. The National Union of Journalists has always served me well and been there for me when I needed help.

However, it is quite clear to me now that some of the TUC’s giants have lost their way and, as the lines blur between the old New Labour and this latest Tory Government, members need to scrutinise more closely those who claim to represent them.

Since the unexpected arrival of Jeremy Corbyn as Labour leader, some union leaders have already broken cover and/or been exposed to be aligned more with the boss classes than their memberships.

All eyes on Sir Paul Kenny , the general secretary of the GMB, who recently said there was already a “lot of debate” around Corbyn’s leadership and whether he could take the party into the 2020 General Election.

And let’s not forget Len McCluskey, general secretary of Unite, which has thousands of members in the defence industry. He has consistently said his main focus is the protection of jobs, yet his silence on this latest blow to the UK’s steel industry has dismayed many on Teesside and beyond.

As far as jobs go, the nuclear issue is not really an issue since the Scottish Government has consistently said it would protect the jobs at Faslane if and when Trident is not renewed.

So while the SNP-led government has gone on record to say the number of jobs at the nuclear base would be ring-fenced, the unions appear to prefer to stifle debate south of the border to placate a Tory government and their remaining Blairite friends who still remain within Labour.

As the steelworks crisis deepens on Teesside, perhaps it’s time for trade union members across the UK to hold their leaders and representatives to account.

For them Britain’s nuclear deterrent is non negotiable, democracy or no democracy.

As the steelworks crisis deepens on Teesside, perhaps it’s time for trade union members across the UK to hold their leaders and representatives to account; their first responsibility after all is the interests of the membership and not self-serving leaders looking for cosy jobs in government or in the unelected House of Lords.

And certainly, north of the border we need to scrutinise more closely those union leaders who claim to represent the membership here.

It is time card-carrying trade unionists reminded their elected representatives just who pays their wages and who holds the power and, in terms of membership and funds, as far as I can see that lies with the masses.