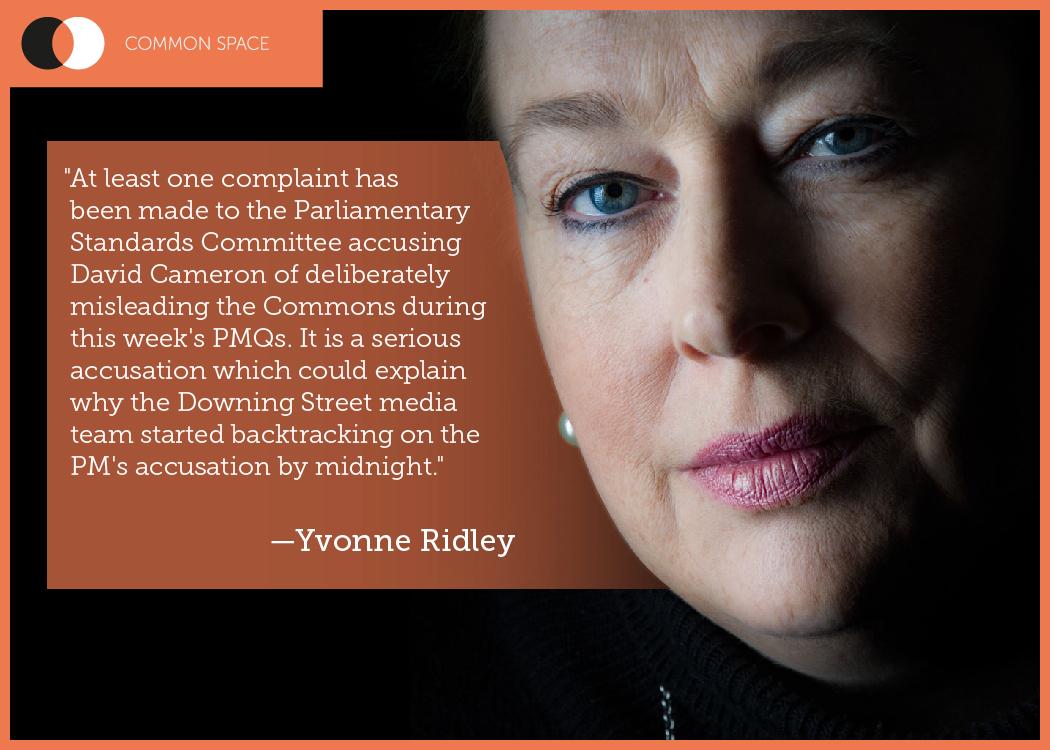 THE rough and tumble of Westminster’s gutter politics sank to a new low during Prime Minister’s Questions this week when David Cameron tried to bolster the Tory chances in the London Mayoral campaign.

Cameron launched a blistering attack on Labour’s mayoral hopeful Sadiq Khan while wrongly accusing a London imam of being an Islamic State supporter.

However, the drama may have backfired as at least one complaint has been made to the Parliamentary Standards Committee accusing Cameron of deliberately misleading the Commons. It is a serious accusation which could explain why the Downing Street media team started backtracking on the PM’s accusation by midnight.

Sheikh Suliman Ghani, who is a well known figure among Scotland’s muslim community, became collateral damage in the political drama when the PM attempted to smear Sadiq Khan, who is bidding to become London’s first Muslim mayor. Cameron criticised the Tooting MP for sharing a platform nine times with Ghani who he described as a “supporter of IS.”

Labour MPs responded shouting “racist”, “shame” and “disgraceful” as the Tory leader made his attack in the House of Commons. But Cameron remained defiant, unapologetic and unrepentant … for a few hours.

Those of us who know Suliman Ghani personally were appalled by what the PM said and I imagine a few leading Tories such as Andrew Mitchell and David Davis also squirmed. You see, they and other leading Conservative MPs have also shared platforms with the Tooting imam.

Suliman Ghani preparing to deliver a petition to Downing Street

Far from being an Islamic extremist, Suliman Ghani has worked with Mitchell and Davis closely in recent years, alongside other MPs from the SNP, Labour and the Greens in the cause of human rights, namely on the release of ‘The Last Londoner in Guantanamo’, Saudi-born Shaker Aamer.

I myself sat in the House of Commons public gallery with the imam as the case for Shaker Aamer was debated last year and I have joined him on several delegations to Downing Street to hand over petitions at the prime minister’s official residence.

Do you think, for one minute, that Downing Street security would let an Isis supporter through the gates to knock on the PM’s door? Or that uniformed police officers would usher an Isis fan through the central lobby and into the public gallery in Westminster? Would he not have been arrested as a threat to national security if he had ever declared he was an IS supporter? It’s a banned group and such support would be a criminal offence.

Ghani with the Save Shaker Aamer Campaign outside Downing Street

And would a supporter of Daesh really want to speak in committee rooms in the British Parliament while engaging himself in the democratic processes of lobbying Tory MPs involved in trying to secure the release of Shaker Aamer?

Among the tens of thousands who watched PMQs on TV on Wednesday was the Tooting imam who reeled as Cameron trashed his reputation. He responded later, describing the PM’s words as “defamation at its highest level”.

Of course, he will get no recourse in a court of law as the PM was making the most of parliamentary privilege, however should he repeat the defamation outside of the chamber I imagine the next time the imam rocks up to Downing Street it might be to deliver a writ.

While mayoral hopeful Sadiq Khan and Zac Goldsmith – who have both posed for pictures with the imam – are used to the rough and tumble of the gutter politics Westminster has to offer, it is unacceptable that innocent bystanders are sucked in to such an unsavoury brawl. They also both need to apologise to the imam who is well known, much loved and respected throughout the UK’s diverse muslim community.

Another point of interest is that one of the most recent talks given by Imam Suliman Ghani was called ‘The evils of Isis’. The religious cleric is probably doing more to deter young muslims from signing up to the rogue terrorist group than Cameron or any of the London mayoral hopefuls.

Last night, a well known muslim personality, Mohammed Ansar, said he had lodged an official complaint with the Parliamentary Commissioner for Standards and posted it online in the social networks.

In the meantime, unnamed sources from Downing Street began briefing late last night that the PM had not meant Isis when he said Suliman Ghani was an IS supporter; what he had really meant was that the imam had called for an Islamic state.

However there are those who say the PM couldn’t have been more clear when he called him an “IS supporter” which will be confirmed in the official parliamentary record Hansard or watch re-runs of the BBC Parliamentary channels PMQs from Wednesday.

South African-born Ghani who studied at SOAS University, spoke just over a year ago at Strathclyde University in Glasgow, attracting an audience of hundreds, to discuss Islamic issues. Having also studied at the prestigious Al Azhar university in Cairo, his views as an islamic scholar and sheikh are said to be highly regarded.