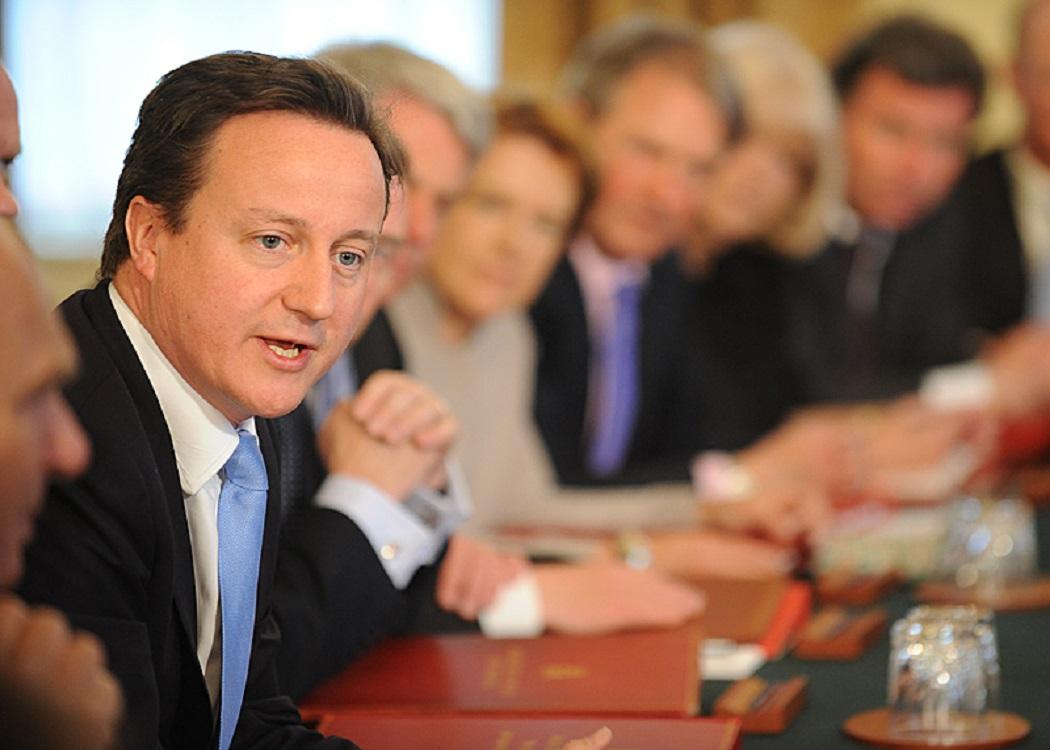 WE are approaching the anniversary of ‘The Vow’, the now notorious pledge made by the British prime minister and opposition leaders in the last 48 hours of the independence referendum campaign.

To date, The Vow has amounted to the square root of nothing and stands exposed for what it is: a lie.

Nicola Sturgeon said at the time: “We don’t know what they are pledging – it’s one thing to say we pledge something will happen but it is really treating voters in Scotland with a fair degree of contempt not to then say specifically and explicitly what extra powers we’re talking about.”

And today we are none the wiser, save that Westminster is still treating the Scottish people with contempt. This is illustrated by the fact that David Cameron sat on vital information for nearly a month which should’ve been shared with the British Parliament much, much sooner: Britain has now entered the war in Syria .

David Cameron sat on vital information for nearly a month which should’ve been shared with the British Parliament much, much sooner: Britain has now entered the war in Syria.

When RAF drones are involved in airstrikes in Syria there can be no other conclusion. That those drones were used to assassinate British citizens takes the duplicity to a different level.

Don’t get me wrong, I, like many others, will not be shedding a tear for the elimination of two men (one Scottish) who signed up to go and fight with the terror group Daesh.

However, if the British Government is going to embark on what can only be described as extra judicial killings, then the British voters need to know and their MPs – all of them – need to be consulted.

Cameron should have recalled parliament during the summer recess to discuss this dramatic new turn of events, especially considering he dragged everyone back to Westminster during a spring break to eulogise Margaret Thatcher in April 2013. It would have been a responsible thing to do; that’s what happens in a democracy.

So it is little wonder that the SNP 56 are outraged and their leader Angus Robertson has called for a review by the Intelligence and Security Committee into the RAF drone strikes in Syria.

But what Scottish voters also need to know is that Robertson first heard about the attacks in the chamber of the House of Commons. Some would consider it deeply alarming that he was caught completely off guard while the stand-in leader of Labour had, some hours earlier, enjoyed a cosy briefing about the strikes ahead of Cameron’s statement.

Harriet Harman, a supporter of the war in Iraq back in 2003, has revealed her war mongering tendencies before and so presumably Cameron thought it was ok to give her the heads up while keeping the SNP 56 out in the cold.

Cameron should have recalled parliament to discuss this dramatic new turn of events, especially considering he dragged everyone back to Westminster during a spring break to eulogise Margaret Thatcher.

What happened to Cameron’s oft quoted “better together” mantra? The Harman briefing serves only to promote the closeness of the relationship enjoyed between the Tory and Labour parties behind the scenes.

Hopefully those days will be numbered should Jeremy Corbyn win the leadership contest this week, as is being predicted.

But what Cameron’s actions have served to do re the Syrian drone attacks is highlight his regard, or lack of it, towards the democratically elected members of the SNP and, therefore, the Scottish people.

Little wonder, then, after the success of the No vote a year ago, the polls are now telling a different story in favour of an independent Scotland. As long as Cameron continues to disregard the SNP 56 in Westminster, voters will wake up to the fact they have little or no voice in the London parliament.

Even those who have no time for the SNP will be concerned that it appears Britain has gone to war without parliamentary approval. Furthermore, Cameron is adamant he will not publish the legal advice that gave him permission to exterminate two British citizens fighting in Syria.

The arrogance and lack of transparency will only add to frustration of the no-show Chilcot Report, an inquiry ordered more than six years ago to investigate the role and decision-making which led to Britain going to war in Iraq.

The prime minister of the day, Tony Blair, and his legal, media and intelligence advisers, are strongly suspected of producing a dodgy dossier of lies and spin in order to dupe the British public into supporting the invasion of Iraq.

The war was launched because we were told Saddam Hussein had weapons of mass destruction that he could unleash on the British public in less than 45 minutes. Saddam, they said, had already sent a team of Algerian-born Al Qaeda terrorists to manufacture and spread the deadly poison ricin on an unsuspecting public in London. What we now know is that Saddam had no WMD and the Ricin Plot did not exist.

That was back in 2003 and here we are today with yet another Downing Street resident telling the British public his actions to order drone attacks in Syria have saved the nation from an imminent attack.

The British public deserves to be shown the evidence which led to Cameron deciding to do away with due legal process and opt for extra-judicial killings instead.

Using Article 51 of the Charter of the United Nations, Cameron gave the go ahead for an RAF drone to take out Cardiff-born Reyaad Khan and Aberdeen’s Ruhul Amin. Their families aside, I doubt there is much sympathy around for the pair.

However, the British public deserves to be shown the evidence which led to Cameron deciding to do away with due legal process and opt for extra-judicial killings instead. We have, undoubtedly, been lied to in the past and so this government needs to show it is above suspicion.

We also need to know why Cameron waited the best part of a month before informing MPs about the airstrikes.

There is a serious issue of trust at stake here, and as the anniversary of The Vow approaches, Scottish voters in particular need to treat everything coming out of the British Parliament with a degree of caution.