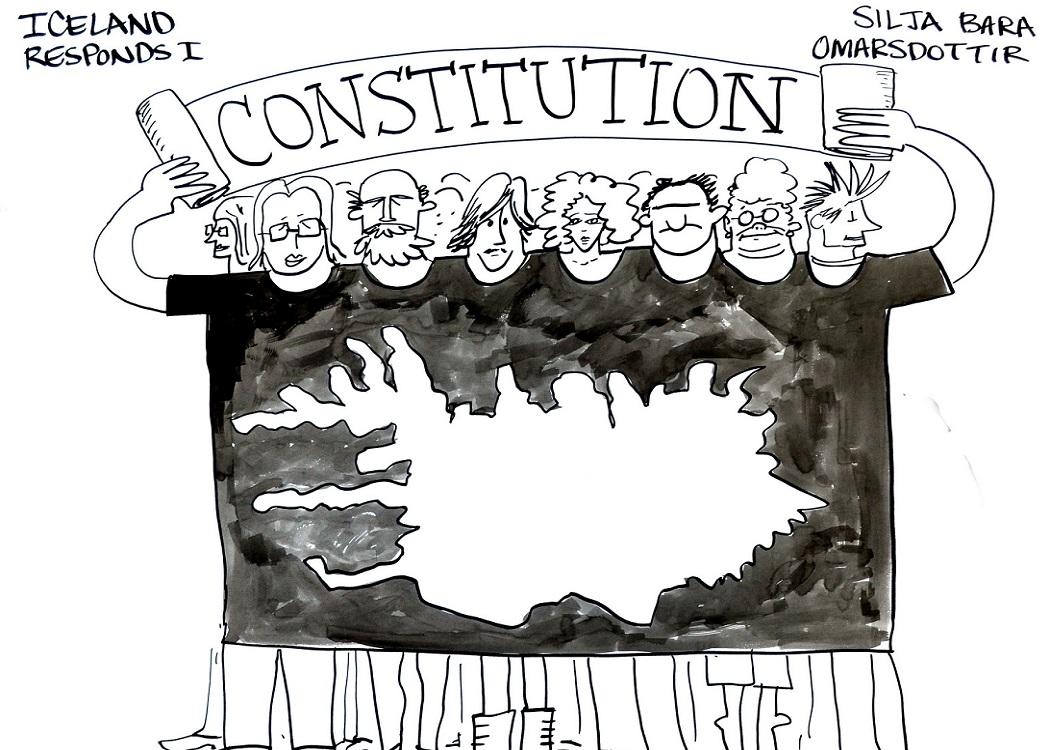 Zara Kitson, Holyrood list candidate for Glasgow and running for the position of Scottish Greens co-convener, says Iceland has set a constitutional example

THE Lords’ vote to delay Tory tax credit cuts has – if the UK Government is to be believed – sparked a constitutional crisis, with Lord Strathclyde asked to undertake an urgent review of the relationship between the two Westminster houses of parliament.

Now, far be it from a member of the Scottish Greens to defend the unelected upper house – only this month our members passed a motion at conference to refuse seats in the Lords if ever offered them.

But there’s a bigger issue here of the Conservatives, and Labour before them, playing fast and loose with what few formal constitutional arrangements we do have in the UK, to suit their own political ends.

There’s a bigger issue here of the Conservatives, and Labour before them, playing fast and loose with what few formal constitutional arrangements we have.

The blame for the Tories’ failure to have their tax credit plans passed sits squarely with them and them alone. The reality is that every single one of their spiteful welfare cuts has been pushed through using statutory instruments, rather than being taken as a whole through primary legislation.

What this means is effectively zero Commons scrutiny of the proposals and no opportunity to amend measures, only to approve or reject them. That is absolutely no basis on which to push through changes that will punish thousands of the most vulnerable people in our society, and in this light the Lords were perfectly justified to block measures which, after all, had not featured in the Tory manifesto just a few months prior.

This comes in the wake of last week’s Evel proposals , which fundamentally undermine the basis of our representative democracy, and were pushed through simply by amending the House’s standing orders, with no attempt whatsoever to engage citizens.

That is, quite frankly, an affront to even the most basic of democratic principles, let alone to the expectations that have been raised around civic participation thanks to the transformative and energising debate engendered by the Scottish independence referendum.

This comes in the wake of last week’s Evel proposals, which fundamentally undermine the basis of our representative democracy.

There is another way. The people of Iceland – where Mr Cameron visited yesterday – took it upon themselves, amid the fall-out of the financial crisis that brought their economy to its knees, to set about a fundamental renegotiation of their relationship with power and influence.

The story of their citizen-led process to create a written constitution is captured in the award-winning documentary, Blueberry Soup, which is being shown with the film maker present in a special screening hosted by social network Kiltr in Glasgow tonight.

It’s a fascinating tale – uplifting in the spirit of hope and optimism that sparked the process, intriguing in the intricacies of delivering such a complex ambition, and empowering to others who believe in radical democracy.

To date, the constitution hasn’t made it into statute, despite overwhelming public support, but the hope remains alive that it will one day soon.

Scotland’s own hub for democratic innovation – So Say Scotland – is galvanising democracy-lovers to organise a nationwide tour of the film next spring, ahead of our own Holyrood elections.

There is another way. The people of Iceland took it upon themselves to set about a fundamental renegotiation of their relationship with power and influence.

The Scottish Greens believe that an independent Scotland should have a written constitution based on equity, human rights, democratic values and a sustainable economy. We also believe that should be developed through a citizen-led process like in Iceland. But until that happens, the least we should expect is that elected officials stop abusing the piecemeal constitutional conventions we do have.