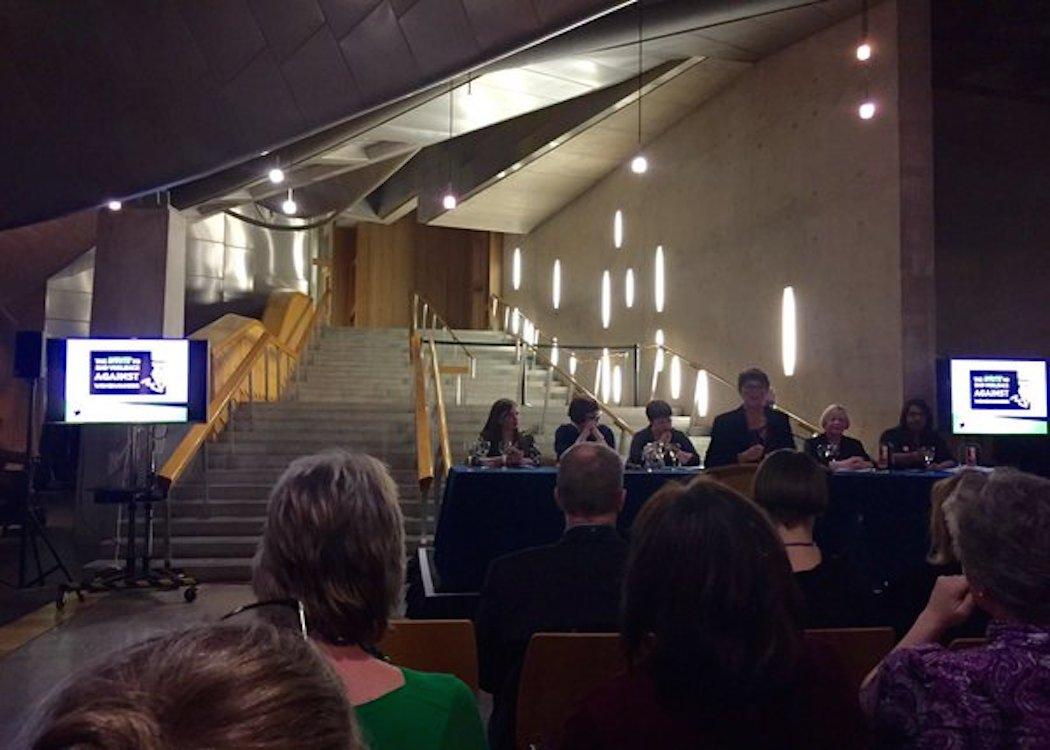 CAMPAIGNERS to end violence against women recognised the efforts of journalists and writers at a Scottish parliament award ceremony last night [Thursday 10 December].

The Write to End Violence Against Women awards celebrated five separate categories of the best journalism in 2015, with the support of Scotland’s main political parties and feminist campaign groups.

The aim of recognising quality journalism – that increases understanding and challenges the prevalence of gender based violence – is to encourage cultural change within the media and wider society.

Jenny Kemp, co-Director of campaign group Zero Tolerance, said: “This year, with the support of The National, we’ve really been able push the boundaries of the award and reach out to a wider audience than ever before. Fundamentally, we want to encourage media that is informed and responsible about Violence Against Women (VAW) reporting, across a variety of formats and platforms.”

In the last year there were almost 60,000 instances of domestic abuse recorded by the police in Scotland.